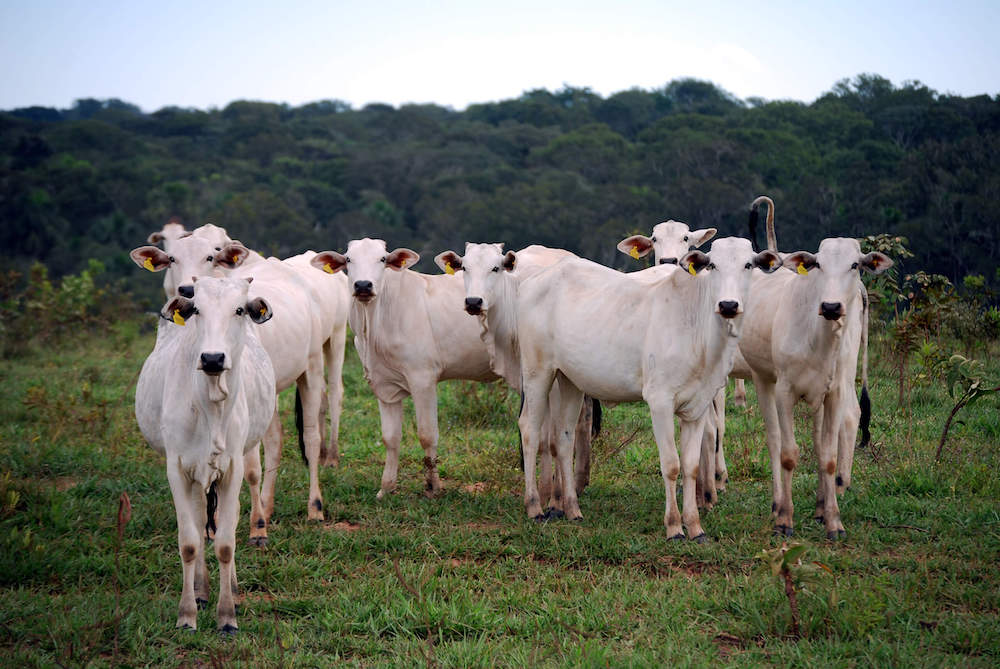 The world’s largest meat producer is accused of threatening the health of the Amazon.

A coalition of South American groups from Colombia and Brazil say the French supermarket chain Casino made meat purchases directly linked to deforestation and irresponsible forest management. It’s the first lawsuit of its kind.

The 11 groups say the supermarket chain, which operates more than 500 stores in France, purchased beef from the world’s largest meatpacker, Brazil’s JBS. JBS has been linked to a number of suppliers accused of creating a deforested area five times the size of Paris.

According to the plaintiffs, Casino and its suppliers caused damages to their “customary lands and the impact on their livelihoods”. They’re seeking more than €3 million in damages.

Under a 2017 French law, businesses must avoid human and environmental rights violations within their supply chains. Casino contends that it vetted its suppliers.

“According to evidence compiled and analysed by the Center for Climate Crime Analysis for this case, Groupe Casino regularly bought beef from three slaughterhouses owned by JBS,” the groups said in a joint statement.

“The three slaughterhouses sourced cattle from 592 suppliers responsible for at least 50,000 hectares of deforestation between 2008 and 2020… The deforested area is five times the size of Paris.”

The groups say Indigenous rights have been violated—some violently—citing one incident where land was “invaded” by a cattle farm.

“The demand for beef by Casino and Pão de Açucar brings deforestation and land-grabbing and violence, and the murder of indigenous leaders when they choose to resist,” Luiz Eloy Terena, a leader of Brazil’s Terena people, said in the statement.

“With this lawsuit, we seek to hold the company accountable for the consequences of these impacts and to bring some relief to the reality confronted by our indigenous peoples on their lands.”

The Amazon rainforest is the world’s largest; it makes up more than half of the world’s rainforests at more than two million miles of land. But it’s suffering significant losses, predominantly at the hands of the meat industry. Brazil is now home to the world’s second-largest cattle herd in the world. According to the Yale School of Forestry and Environmental Studies, Brazil’s cattle ranchers are contributing to nearly 80 percent of Amazonian deforestation. In 2009, Brazil’s leading meat producers, JBS, Marfig, and Minerva, all pledged not to purchase cattle that came from ranchers violating deforestation or Indigenous land rights.

But 2020 saw the biggest increases in Amazon deforestation in a decade, according to the Brazilian Amazon Deforestation Monitoring Program. It says more than 4000 square miles (11,000 km) of monitored areas were lost; that’s an increase of 47 percent over 2018 losses and more than nine percent over 2019. It’s 182 percent higher than established targets, the report finds. Those losses also equate to 648 million tons of CO2 emissions. “Brazil has clearly failed in its bold intention to reduce deforestation rates,” the researchers notes.

Brazil’s president Jair Bolsonaro has been blamed for much of the losses. His administration has relaxed laws protecting the forests and the rights of Indigenous communities. In January, a coalition of tribal chiefs asked the Hague to find the Brazilian president guilty of ecocide.

“Our investigation clearly demonstrates that relying on an unregulated private sector with voluntary no-deforestation policies has failed to tackle forest destruction and related human rights abuses. This could contribute to the permanent loss of the Amazon rainforest,” Chris Moye, senior Amazon forests investigator at Global Witness, said in a statement.

A 2020 investigation also found that a transport driver had relocated cattle from a farm fined for deforestation to a supplier for JBS.