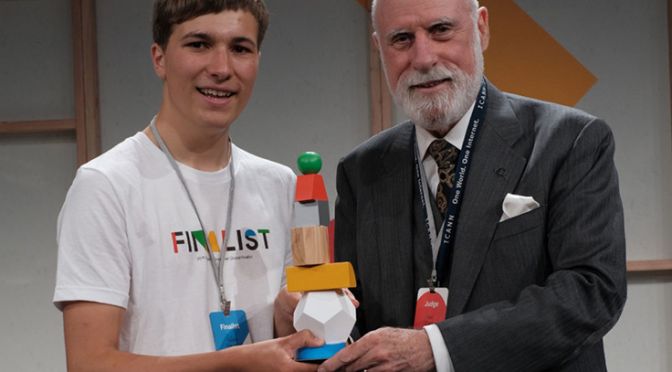 An Irish teen creates an ingenious way to help the oceans

The winner of this year’s Google Science Award has been recognised for his efforts to remove microplastics from water.

18-year-old Fionn Ferreira, from west Cork in Ireland, has been named the overall winner of the 2019 Google Science Fair, a prestigious international science competition aimed at students from all over the world, aged between 13 to 18.

Ferreira’s entry – which can be seen in the below video – developed a new method for extracting microplastics from water before they reach the ocean, where they can do untold damage to wildlife.

Microplastics and microbeads are commonly used in soaps, shower gels and facial scrubs to exfoliate skin, as well as in toothpaste and abrasive cleaners.

Fish and other wildlife accidentally consume the microbeads which leads to health issues across a variety of species, and the beads being integrated into the food chain.

Currently, there is no screening or filtering system in place in European wastewater treatment centres.

Ferreira’s process, which uses a combination of oil and magnetite powder proved 87% successful in 1,000 tests to remove micro plastics.

“The method used was most effective on fibres obtained from a washing machine and least effective on polypropylene plastics,” he said, adding: “The next step is to scale this up to an industrial scale.”

Ferrier recently sat his Leaving Certificate exams and will be starting university in the Netherlands in the autumn. In the meantime, he’s keeping himself busy working as a curator at the Schull Planetarium which is based at his college.