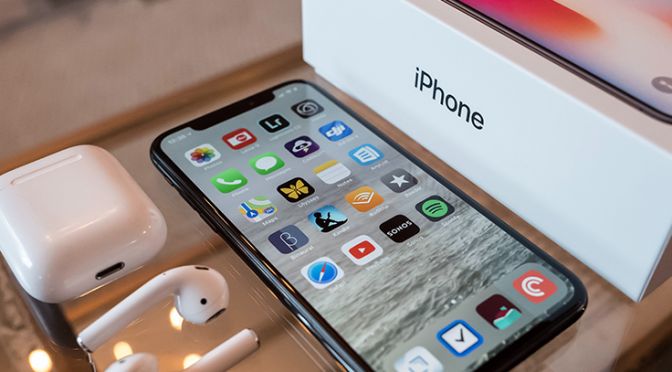 Is Apple Launching the iPhone 12 without Accessories?

Whilst we don’t know what features will be in the new iPhone 12, there are rumours about what might not be included…

Apple fans are eagerly awaiting the autumn launch event where the company typically unveils its shiny new and improved products. And whilst the date may be delayed due to COVID-19’s impact on supply chains, the buzz is already building.

One of the questions surrounding the launch is whether or not Apple will sell the iPhone 12 – the first device capable of 5G connections – without the accessories customers have come to expect. Namely, headphones, a phone charger or a plug adaptor.

Apple says that by removing these accessories as standard items in the box, they can sell the iPhone 12 at a price similar to the iPhone 11. Some outlets are making the claim that Apple is doing away with these accessories to cut down on their electronic waste – assuming, perhaps, that the people who will buy the iPhone 12 are likely repeat customers and will already have the chargers and headphones that they need.

Is it a noble action on Apple’s part? Or is it really just a ploy to increase their sales by forcing consumers to buy an accessories bundle on a phone that is likely to cost more than £700?

What’s the deal with e-waste?

Ready for some big numbers?

We generated 53.6 million metric tonnes of electronic waste in 2019 – an increase of 21% in five years

Only 17.4% of 2019 e-waste was collected and recycled – representing a loss of US $57 billion in precious metals simply sitting in landfill

‘E-waste quantities are rising 3 times faster than the world’s population and 13 per cent faster than the world’s GDP during the last five years,’ said Antonis Mavropoulos, President, International Solid Waste Association. ‘This sharp rise creates substantial environmental and health pressures and demonstrates the urgency to combine the fourth industrial revolution with circular economy.

‘The fourth industrial revolution either will advance a new circular economy approach for our economies or it will stimulate further resource depletion and new pollution waves. The progress achieved in e-waste monitoring by the Global E-waste Statistics Partnership is a sign of hope that the world can manage not only to monitor closely the e-waste rise but also to control their impacts and set up proper management schemes.’

So what can we do about it?

Apple has expanded their recycling programmes for old devices, with their recycling robot Daisy breaking things down to their component parts. Check with other manufacturers and producers about whether they’ll help take back and recycle used products.

Take it in for repair

If you’re looking to replace something that is broken, rather than chasing the latest shiny gadget, why not take it in for a repair first? In this age of mass consumerism, sometimes it is easier to buy a replacement than repair the old one, but if we’re making decisions as conscious citizens, repairing is the way to go. We also need to support legislation that requires manufactures to sell genuine replacement parts and tools as well as providing documentation on how to repair their products.

At its core, the circular economy thinks about the end of the product while it’s being designed. Truly circular brands will run refill schemes, recycling programmes and have a plan for their product once their customers are done with it. Seek those companies out and spend your money with them. The Ellen MacArthur Foundation is a great place to start to learn more about this.