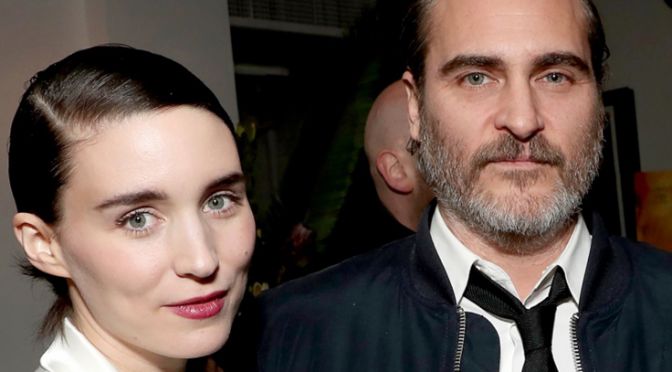 Is This ‘The End of Medicine’?

As the COVID-19 pandemic swept the globe, people sought to understand what was happening through stories. Films and books dealing with pandemics and plagues – both fiction and non-fiction – found a captive audience seeking catharsis from the tension and anxiety that serves as a backdrop to our days.

One production team found themselves slightly ahead of the curve in telling the most recent version of the story.

In the second half of 2019, Keegan Khun, the filmmaker behind Cowspiracy, and Alex Lockwood, the BAFTA award-winning filmmaker of 73 Cows, teamed up to produce a new documentary exploring whether we have reached ‘the end of medicine’ as we know it.

Current human interaction with wildlife and the destruction of habitats are increasing the chances of animal-to-human viruses that cause pandemics. And the extensive use of antibiotics in animal agriculture is making viruses more antibiotic resistant than ever before, posing a huge threat to human health.

The film follows a journey of discovery through interviews with world-renowned scientists, researchers and experts in health and raises questions we all – governments, society and individuals – need to take seriously.

Rooney Mara and Joaquin Phoenix joined Keegan and Alex as Executive Producers. The pair have a long history of speaking out for causes they believe in, and animals often lie at the heart of that.

‘As passionate activists and creatives, Rooney and Joaquin were on a path to make this film on their own and, when they heard about what Alex Lockwood and I were doing, we teamed up,’ Kuhn told LIVEKINDLY. ‘We honestly couldn’t be more excited about working with them.’

‘We hope that The End of Medicine is an eye-opening call to action and ignites a spark of willingness to change our habits. The science is irrefutable,’ Rooney and Joaquin said in a joint statement. ‘Modern animal agriculture will continue to make us sick if we don’t radically change our patterns of consumption.’

We sat down with Alex Lockwood to get a behind-the-scenes look at the production and the questions it raises.

Your new film, The End of Medicine, is about zoonotic diseases – diseases that start in animals and then make the jump to humans. And I understand you began production in October 2019 – months before COVID emerged. So, when and where did the idea come from and what questions were you hoping to explore?

I’d been talking with Keegan about doing a film together for a while and floating various ideas around when he suggested doing a film about zoonotic diseases. I was really intrigued and once I started researching, I was amazed to find just how deep the rabbit hole goes. At that point I really wanted to make this film in the hope that we could shine a light on the issue and to investigate further.

What can you tell us about the film and how the story unfolds?

The structure of the film has shifted somewhat as a result of COVID-19. When we started making a film about the threat of pandemics, we hadn’t anticipated producing the film during one. If we can take anything positive from what has happened, it’s that it may have given us an opportunity to learn and potentially prevent these kinds of things from emerging in the future. We really hope that the film will help to play a part in that.

So, to some extent we follow the events of COVID-19 but we’ve been careful to make sure that COVID-19 is explored only within the context of the wider issue rather than focusing in purely on this specific outbreak. There is a bigger picture here, which at the moment is being largely ignored.

What have you found out about the link between zoonotic diseases and animal agriculture?

The film is comprised of viewpoints from doctors, scientists and other experts from a complete mix of backgrounds. There is a certain level of debate within the film but one thing that comes across from the interviews we captured is that the link between animal agriculture and zoonotic outbreaks is very real. We only have to look at pandemics of the past to know this.

The issue is of course multifaceted, and there are many other things that also play a part such as deforestation and the wild meat trade. These risk factors all have common ground though in that they all relate directly to unsustainable consumption.

Deadline quotes the CDC as saying that we’re living in the end of medicine as we know it – a post-antibiotic era. That’s absolutely terrifying to think about…Is that part of the story that the film brings to life?

We focus a lot on antimicrobial resistance and the notion that antibiotics are very rapidly losing their potency. This has been described by some as a bigger threat to the human race than even climate change. Obviously, if we’re unable to use antibiotics then this could be disastrous for modern medicine.

It’s a very complex issue and governments need to start giving it some urgent attention.

Rooney Mara and Joaquin Phoenix have joined you as Executive Producers. What sort of input have they had into the production? And what does it mean for the film to have them involved?

Having Rooney and Joaquin involved in the production is amazing for us. Having people with that level of knowledge onboard to be able to offer opinions and cast a critical eye over things is invaluable. Also of course, they’re both incredibly passionate about the issue we’re dealing with and as a result are able to help us bring some much-needed exposure toward it.

You also teamed up with Keegan Kuhn who is the filmmaker behind Cowspiracy. What has it been like working together on this production?

My personal viewpoint is that films like Cowspiracy helped kick off a whole environmental movement and so to be working with Keegan who is one half of the directing/producing team behind that film (alongside Kip Anderson) is really exciting. Also, as my background is in making shorter films, it’s a great confidence boost to be making my first feature length film with Keegan as he has a lot of experience in that space.

What stage of production are you at and when can we expect to see the film?

We’re nearing the end of production and whilst I’ve been editing during production, we’ll shortly be moving on to the edit as a sole focus. We originally had hoped to finish the film by the end of the year but delays in filming as a result of COVID means we’re not entirely sure. The end of the year is still the aim though!

What do you hope audiences will take away from the film?

I hope that the film will encourage the notion that the way in which we consume has real consequences for all of us.

I don’t think the mainstream media is putting that message across in a big enough way and I don’t believe that governments are either. They’re almost entirely focussed on firefighting, so looking at things like vaccines and treatments. These things are very important of course but they need to be focused on in tandem with tackling the root source.

We’re slowly getting used to social distancing, wearing masks and living in a way in which is less relaxed. I hope that the oddness of this doesn’t eventually escape us. We do have the power to limit these threats in the future, but we have to act as a collective.

We can’t wait for the film to come out. To be the first to know updates on the film, you can join the email list at The End of Medicine.