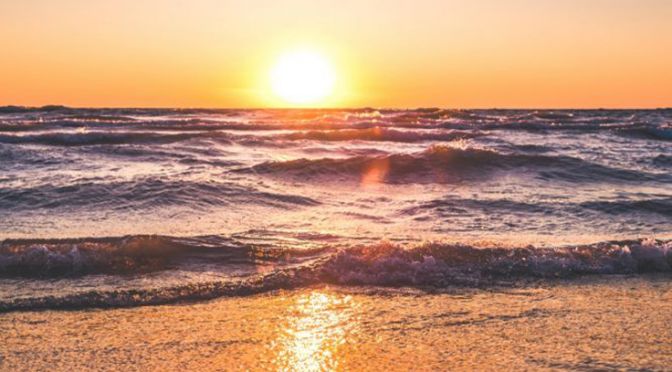 Four areas where you can combat rising ocean temperatures

There’s a striking graph in the latest report from climate scientists about the temperatures of our oceans. It shows the change in heat stored in the upper 2000 metres of the world’s oceans. It demonstrates, in the words of the report, that ‘ocean heating is irrefutable’.

They say a picture is worth a thousand words, but the report has a choice selection of those too.

‘Human-emitted greenhouse gases (GHGs) have resulted in a long-term and unequivocal warming of the planet…The past five years are the top five warmest years in the ocean historically with modern instruments, and the past ten years are also the top ten years on record.’

And with 90% of the excess heat generated by these GHGs stored in the oceans, this has very real consequences that are playing out around the world.

John Abraham, co-author of the study, is quoted as saying the amount of heat the oceans absorbed in 2019 is around ‘five Hiroshima bombs of heat, every second, day and night, 365 days a year’.

> Land and sea ice is melting
> Sea levels are rising
> And extreme weather events are getting worse
> The delicately balanced marine ecosystems are at risk – as are the animals, plants and humans that depend on them

‘The increasing heat…is one of the key reasons why the Earth has experienced increasing catastrophic fires in the Amazon, California, and Australia in 2019 (extending into 2020 for Australia).’

But that’s not the only report making headlines today.

Researchers in the UK have reviewed 57 different reports on climate science published since 2013 and they too are seeing clear links between climate change and fire risks.

Referencing the wildfires and heatwaves sweeping the globe in 2019, Professor Corinne Le Quéré, from the University of East Anglia in Norwich, said:

‘These are impacts we are seeing for one degree of global climate change. The impact will get worse as long as we don’t do what it takes to stabilise the world’s climate.

And what it takes is to bring CO2 and other long-lived greenhouse gases down to net zero emissions. If we don’t do it, we will have much worse impacts – so what we are seeing in Australia is not the new normal, it’s a transition to worse impacts.’

So everyone – from individuals to corporations to governments – needs to get serious about reducing our GHGs.

Here’s how you can get started:

> Switch to renewable energy
> Turn down thermostats
> Turn off outlets when not in use
> Line dry clothes
> Use non-toxic cleaning products
> Reduce, reuse, recycle

How else are you reducing your carbon footprint this year?