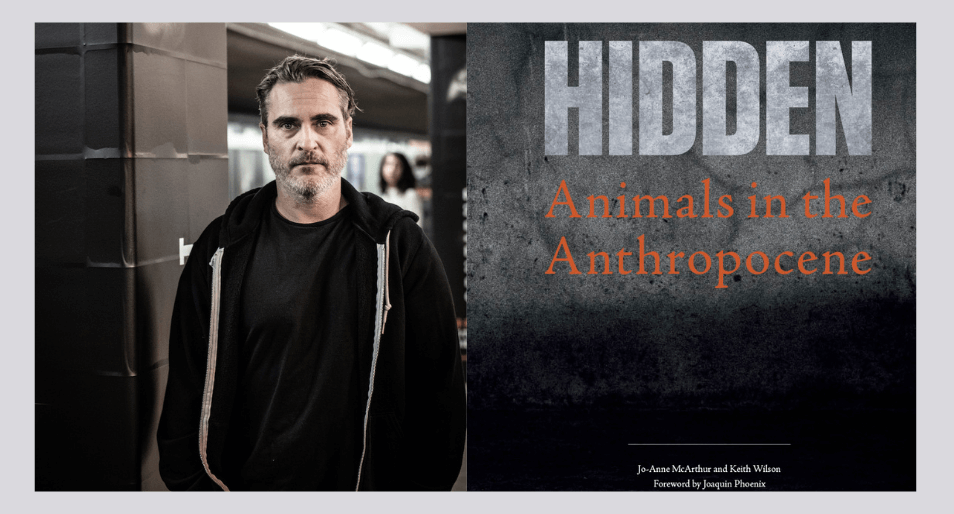 Joaquin Phoenix’s Pledge to Animal Rights Movement: ‘Until All Are Free’

The following is an excerpt from the photography book HIDDEN: Animals in the Anthropocene. The new book documents our conflict with non-human animals raised for food, clothing, experimentation, and entertainment.

Our society conditions us to believe that humans are superior to other species; within this, it also wants us to think that some animals are meant to be eaten while others should share our homes. Wealthy industries churn out dazzling advertising campaigns and propaganda to lure children, parents and other consumers into believing falsehoods that make us ill, exploit entire communities and wreak havoc on our planet. We are entrenched in the ideology that animals are here for us to use. We capture them, cage them, wear their skin, eat their flesh and poison their bodies in the name of science.

There will never be a scenario in which the infliction of fear and pain on a vulnerable individual creates a benefit to humankind.

As animal rights activists, our battle is against the powerful enterprises that have normalized the torment and killing of billions of animals for food, clothing, entertainment and experimentation each year. Like conflict photographers documenting war and other humanitarian crises, the brave photojournalists featured in this book deserve our acclaim. Their work has made it impossible for exploitative industries to plausibly deny the agony and suffering taking place behind closed doors, deliberately kept out of the public consciousness.

May the images in HIDDEN ignite a fire within each of us. May they serve as a reminder of our susceptibility to greed and egocentrism. May they be an admission of our mistakes and fuel our movement with renewed purpose. Until every cage is empty, until all are free, I am yours in action and solidarity.

Joaquin Phoenix is an Academy Award-winning actor and longtime animal rights activist. His introduction appears in the new book HIDDEN: Animals in the Anthropocene by Jo-Anne McArthur (Editor), Keith Wilson (Editor), David Griffin (Designer). The book is published by We Animals Media, a nonprofit photography, video, and multimedia organization.