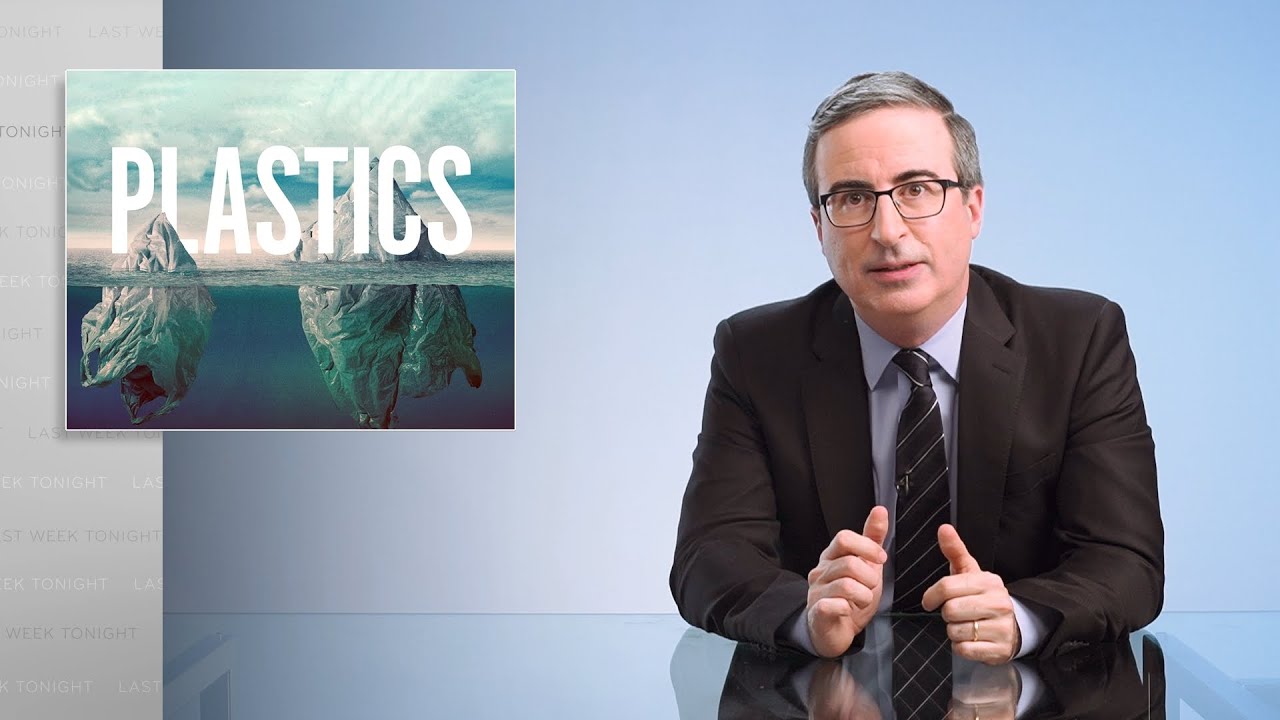 John Oliver Takes On Big Plastic: ‘Lies Go Down Easier When You Want Them to Be True’

“[I]t’s up to you, the consumer, to stop pollution”, he said. “That has been a major throughline in the recycling movement often bankrolled by companies who wanted to drill home the message that it is your responsibility to deal with the environmental impact of their products.”

But the onus is on the industries themselves, he says. Consumers are being victimized and bullied by Big Plastic, and in the last several decades, we’ve been oriented toward the myth that all of our plastic is being recycled, as long as we put it in the proper bin. But it’s not the case. All kinds of plastic packaging, takeaway forks, and spoons, straws, etc — are often forced onto the consumer, shifting the burden to personal responsibility. But most of these items can’t be recycled. Only about ten percent of the plastic produced is eligible for recycling. And of that, a shockingly low percentage of plastic makes it to a recycling facility. A Channel 4 investigation recently found that the UK burns nearly half of its plastic waste meant for recycling.

Yet “frustratingly, the plastic industry’s response to all the damage you’ve seen is to make a big show of tiny improvement and then revert to what they’ve always done, which is heavily push the idea that if we as consumers simply tried hard enough, we could make our plastic problem go away,” said Oliver. But “our personal behavior is not the main culprit here, despite what the plastics industry has spent decades and millions of dollars trying to convince us.”

“Honestly, it wasn’t all that difficult for [the plastic industry] to convince us that all their waste is recyclable, because we so badly want to believe it,” Oliver said. “Lies go down easier when you want them to be true.”

Oceans filled with microplastics are often pointed to as the main victims — beached whales with pounds of plastic in their stomachs, for example. But according to Oliver, humans ingest as much as a credit card’s worth of plastic every week. “Which kind of explains Capital One’s new slogan: what’s in your stomach?” he joked.

Oliver points to the bottlenecks, namely China no longer purchasing US plastic waste. That ceased in 2018. Now, the US is behind in technology and bandwidth to process all the various types and sheer volume of plastic, sending much of it to landfills instead. But still, the myths persist: it’s our responsibility as consumers to manage plastic.

But Oliver has another solution.

“The real behavior change has to come from plastics manufacturers themselves,” Oliver said. “Without that, nothing significant is going to happen.”