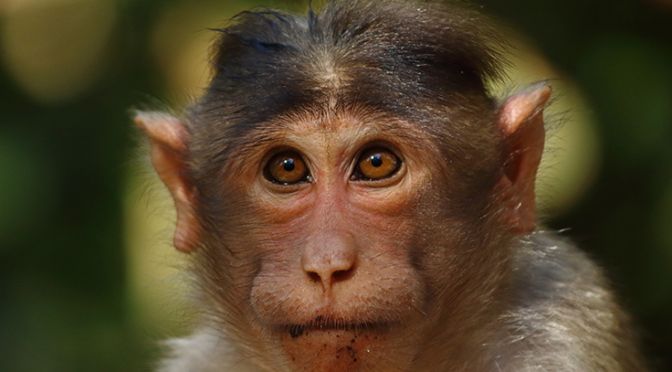 It sounds like something that might happen in a Spielberg film…a gang of red-faced rhesus macaques attacking a laboratory assistant and stealing blood samples of patients suffering from a deadly virus.

But that’s exactly what happened in India near the Meerut Medical College in Delhi.

Three patients were undergoing care for COVID-19 symptoms and the laboratory assistant took standard blood samples for all of them. As he was walking outside, the monkeys – known for being highly intelligent and impetuous – stole the blood samples and scampered up a tree.

The assistant took a video of one of the monkeys sitting in a tree chewing on a medical glove.

While people were initially afraid that the theft might cause the virus to spread further, the college superintendent, Dheeraj Raj, said that the undamaged kits were later recovered. ‘They were still intact and we don’t think there is any risk of contamination or spread.’