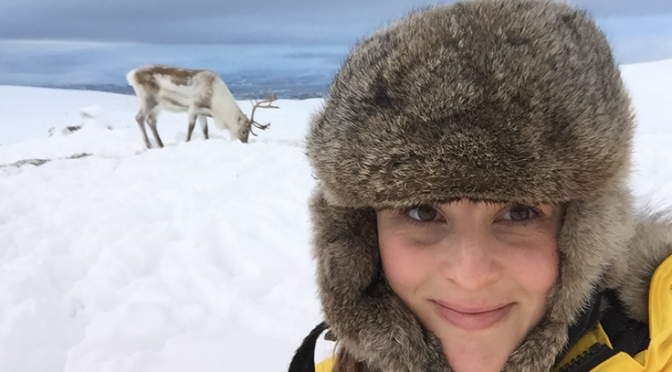 Culture & Celebrity
21st May 2020 By: The Planet Shine
SHARE

By creating routines around key nature spots during lockdown, we can see small changes as each day go by – Justine is feeling quite paternal about the nesting ducks and swans at the lake near her flat

People are resilient and adaptable. We’ll have good days and bad days, but we get better attuned to knowing when we’re heading for a dip and how to prevent that from happening or who to reach out to.

Podcasts and books have been the go-to source of inspiration – they’re like a conversation with a friend and the ultimate escape. ‘Without even opening a door or packing a bag you can go anywhere in the world, be anybody, have any superpower or live a completely different life. There’s a real magic with that.’

Coronavirus is an awful, awful thing, but it’s also an opportunity. We’ve had this time to reflect and plan and to set goals and to think about what’s important to us. And to see the effects of what can happen if we don’t address our problems. The hope is that people will appreciate nature more because they’ve been locked inside for so long.

Justine is an adventurer, former senior NHS critical care physiotherapist and volunteer aid worker. Specialising in trauma, complex long-term rehabilitation, as well as acute and critical care, Justine worked at the Royal Free, London for 10 years. She is one of a handful of physiotherapists in the world to have worked with Ebola patients transferred to high security units in the UK. Justine holds a BSc in Sports Therapy from the University of Hertfordshire and a BSc in Physiotherapy from the University of East London. Prior to joining the Royal Free, she worked as a physio at West Ham United FC and Wasps RFC.

Since February 2020, Justine has been working for the World Health Organisation in Copehagen as part of the Disability and Rehabilitation Team, the department responsible for researching and improving the long term after care offered to disaster victims with life-changing injuries.

Away from her fascinating day job, Justine has a love for cold weather climates and has led multiple cross country ski, kayak and hiking expeditions in the Canadian and European Arctic, including a three-week ski expedition to the abandoned Soviet mining town of Pyramiden, as well as expeditions scaling Arctic mountains, which remains one of Justine’s major passions. Justine’s dedication to exploration has resulted in support from like-minded brands, including Land Rover Explore, Norvia Nutrition, Halti Outdoors, Hurtigruten, Destination Canada, Visit Norway and Visit Svalbard. She is currently an ambassador for The North Face.

With a deep appreciation of science and history, Justine hopes to engage people in those subjects through her many adventures. These include a 200 mile Tudor Run, a solo 3,500 mile cycle ride across 15 countries of the former Iron Curtain, a 1000 mile walk exploring the entire length of Finland in 43 days and a Via Ferrata climbing adventure along the WWI front line of the Dolomite mountains.

The combination of Justine’s medical and travel background has led to volunteer work as an emergency responder, providing care and physiotherapy in locations such as Greece, supporting fleeing Syrian refugees in 2006, in Haiti following Hurricane Matthew in 2016 and in Louisiana following the catastrophic floods. Justine has most recently volunteered in Uganda, helping to rebuild the infrastructure of schoolhouses at the Kiryandongo refugee camp.

Justine is a popular and proficient public speaker, delivering talks to charity and educational organisations such as Hope & Homes For Children, the Girl Guides, and Magdalen College School Oxford as well as presenting on topics such as adventure, history and female empowerment for the likes of TEDx, Northcott Global Solutions, Adventure Travel Show and the Royal Scottish Geographical Society.

Justine’s recent expeditions include a 12 day trek across remote Bylot island, located in the Sirmilik National Park, in the Canadian high Arctic. Carrying all their provisions with them, Justine and her team camped in lush tundra valleys, and encountered towering ice capped mountains, glaciers and unique eroded rock formations, as well as witnessing unique wildlife, such as unicorned narwhals, beluga whales and the mighty polar bear.

She subsequently embarked on a month-long expedition in the Canadian Arctic skiing 450km across the
fabled North West Passage from Cambridge Bay to Gjoa Haven, King William Island. Justine followed in the footsteps of great British explorers such as John Franklin, who in 1846 sought a navigable passage along the northern Canadian coast, and a potential trade route to Asia. Enduring strong biting winds and harsh temperatures as low as minus 40, whilst avoiding carnivorous polar bears, Justine camped and travelled across a remote and stunningly beautiful, but wild and hostile landscape. Justine is currently hatching further plans for a number of cold weather expeditions in 2020 in both the Artic and Antarctic.

When she’s not out in the wilds, Justine can be found walking her family dog along the UK’s south coast.