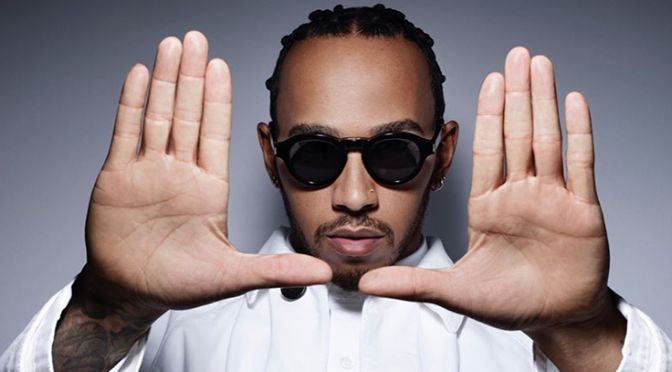 The rumours have been swirling for years, and now the Formula One driver has confirmed they’re true…

Lewis Hamilton had the ‘most dramatic finish of his career’ this weekend at the British Grand Prix at Silverstone, nursing his car across the finish line on three tyres…the fourth having structurally collapsed due to wear.

‘It was definitely heart in the mouth,’ he said. ‘You could see the tyre was falling off the rim. I was just praying to get it round. I nearly didn’t do it, but thank God we did. I had never experienced anything like that on the last lap. My heart almost stopped.’

Is there anything the 35-year-old can’t do?

Not only is he a six time Formula One World Champion – fighting for his seventh win – he’s an activist for racial and social justice and a vegan athlete who launched the plant-based Neat Burger in London last year.

The album – Liberation – was recorded and released two years ago, but Lewis kept his contribution a secret. It was widely rumoured that he was the rapper with British music journalism publication NME immediately announcing that it was him.

It’s only now that Lewis confirmed on an Instagram story that it is his voice you hear on the track, coming in at the at 2:40 mark.

‘I had this incredibly beautiful and talented person reach out to me a while back asking for me to be on her album, I was so blown away and jumped at the opportunity.

‘I had 2 hours to write the short verse and record. The goal was to have the music come out under a different name so that you could hear the music first and then later know it was me but it didn’t work out the way I’d planned.

‘I shied away from acknowledging it was me, I don’t know why, maybe insecurities, fear, overthinking, something I think a lot of people can relate to. Well, I want to say that XNDA is me and I am so honored and grateful to @xtina for giving me a place to use my voice. I have so much gratitude and respect for her and what she’s done in the business.’

Lewis said that music has ‘been the most incredible outlet’, something he’s done for himself and for his spirit. So we’re thrilled that he’s now ready to share that with his fans.