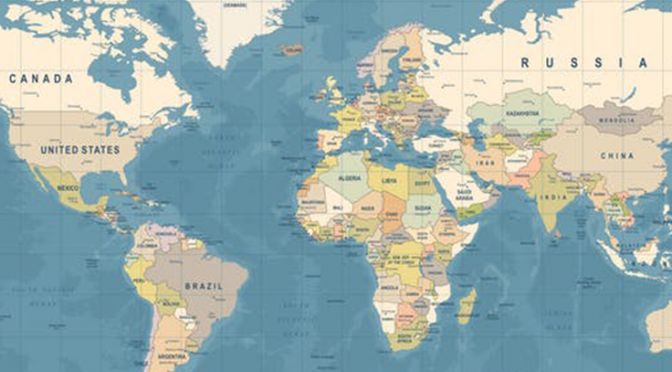 The coronavirus pandemic is a disaster for the world, but a few good things might emerge from it

To be clear, and in the hope of heading off some trolls, I would like to make two observations. First, of course I don’t welcome the epidemic. It will cause death, worry, inconvenience and great physical and economic suffering. Lives and livelihoods will be destroyed. The burden will fall disproportionately on the old, the weak and the poor.

And second, these suggestions are rather trite. They should be obvious to reasonably reflective people of average moral sensibility.

1. It will make us realise that national boundaries are artificial

The virus doesn’t carry a passport or recognise frontiers. The only way of stopping its spread would be to shut borders wholly, and not even the most rabid nationalists advocate that. It would mean declaring that nations were prisons, with no one coming in or out – or at least not coming back once they’d left. In a world where we too casually assume that frontiers are significant, it doesn’t do any harm to be reminded of the basic fact that humans occupy an indivisible world.

Cooperation between nations is essential to combating the epidemic. That cooperation is likely to undermine nationalist rhetoric.

2. It will make us realise that people are not islands

The atomistic billiard-ball model of the person – a model that dominates political and ethical thinking in the west – is biologically ludicrous and sociologically unsustainable. Our individual boundaries are porous. We bleed into one another and infect one another with both ills and joys. Infectious disease is a salutary reminder of our interconnectedness. It might help us to recover a sense of society.

3. It may encourage a proper sort of localism

Internationalism may be boosted. I hope so. But if we’re all locked up with one another in local quarantine, we might get to know the neighbours and the family members we’ve always ignored. We might distribute ourselves less widely, and so be more present to the people around us.

We might even find out that our local woods are more beautiful than foreign beaches, and that local farmers grow better and cheaper food than that which is shipped (with the associated harm to the climate) across the globe.

4. It may encourage altruism

Exigencies tend to bring out the best and the worst in us. An epidemic may engender and foster altruistic heroes.

5. It may remind us of some neglected constituencies

Mortality and serious illness are far higher among the old, the very young, and those suffering from other diseases. We tend to think about – and legislate for – the healthy and robust. The epidemic should remind us that they are not the only stakeholders.

The lessons learned from the coronavirus epidemic will pay dividends in the future. We will be more realistic about the dangers of viruses crossing the barriers between species. The whole notion of public health (a Cinderella speciality in medicine in most jurisdictions) has been rehabilitated. It is plain that private healthcare can’t be the whole answer.

Much has been learned about the containment and mitigation of infectious disease. There are strenuous competitive and cooperative efforts afoot to develop a vaccine, and vaccines against future viral challenges are likely to be developed faster as a result.

Medicine is not omnipotent. Recognising this might make us more aware of our vulnerabilities. The consequences of that are difficult to predict, but living in the world as it really is, rather than in an illusory world, is probably a good thing.

And recognising our own vulnerability might make us more humble and less presumptuous.

China has announced a permanent ban on trade in and consumption of wildlife. That in itself is hugely significant from a conservation, an animal welfare, and a human health perspective. Hopefully other nations will follow suit.