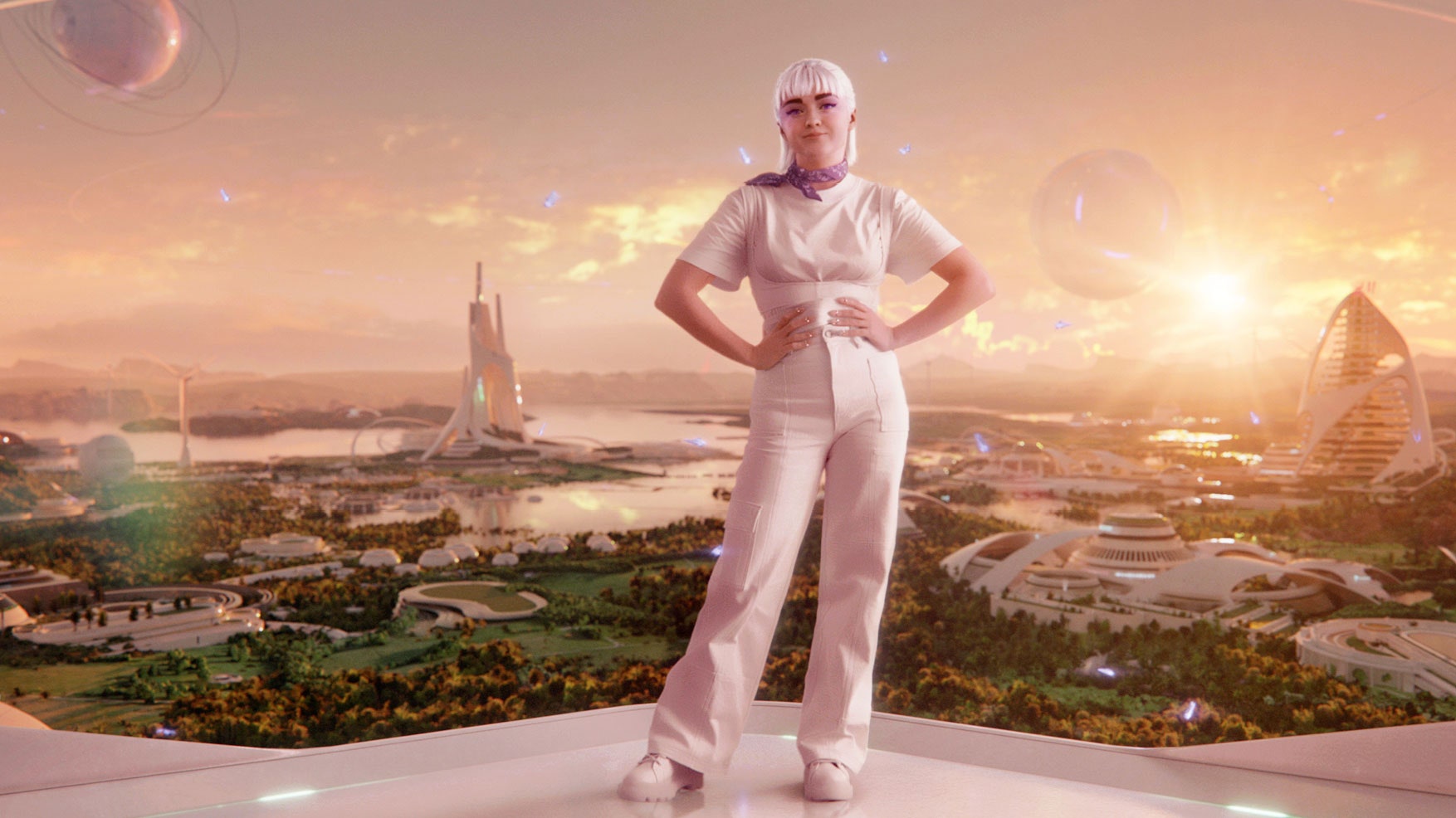 Retail clothing giant H&M is no stranger to sustainability. It’s been an advocate for cleaning up supply chains for years. In its latest push toward closed-loop fashion, its enlisted Game of Thrones star, Maisie Williams as its sustainability ambassador for 2021.

Williams says she doesn’t lend her name casually; the brand has to be doing something to make the world a better place. H&M’s commitment to sustainable or recycled textiles—which it plans to use either exclusively by 2030—caught Williams’ attention.

“H&M reached out and expressed that they wanted to make serious changes within their company and work towards a more circular fashion loop,” Williams told Vogue. “It’s important for corporations to take that leap [so] I was so curious. After I was able to sit down with some of the team at H&M and hear more about their concrete goals and what they’re planning to do, I realized it wasn’t this pipe dream. It’s something real that they’re dedicated to implementing.”

Williams is living sustainably in real-life as much as possible. The 23-year-old is currently remodeling her first home. And like others her age, she’s supporting secondhand shops and avoiding excess, especially during lockdown.

“A huge part of what I’ve been doing during lockdown is just trying to minimize the things that I have in my life,” she says. “It’s about being conscious about how you’re consuming and when.”

The first initiative with H&M sees Williams’ reimagined as a digital avatar, which customers can view at VR events launching this year, including on Looop Island in the Nintendo simulation game, Animal Crossing.

“We did these full-body scans to see all the different muscles moving in my face and every strand of hair,” she explains. “Then I got to work on her image, pick her hair color—we made her blonde—scale up and down on the makeup and go back and forth on the colors.” Even the fashions received a virtual tweak. “It’s the outfit I wore in real life, but they took it and made this computer-generated, over the top version,” says Williams.

H&M joins a growing number of fashion houses on the platform including Valentino and Marc Jacobs, according to Vogue. But for H&M, it isn’t just a virtual runway to showcase new items; it’s encouraging players to recycle outfits using a digitized version of its in-store recycling system for old garments.

It was an easy sell for Williams. “I’m obsessed with it,” she says of the game. “I discovered last year that it was a great place to buy virtual clothes and get dressed up sustainably. I think we’ve all used gaming and the internet to escape this year, and it’s truly influenced our lives. Virtual fashion is such an exciting new concept, so it’s a win-win situation.”

She loves the gaming aspect of the partnership as a gamer herself, but Williams says she’s hopeful it will translate into real life, especially as the pandemic restrictions begin to relax.

“What’s so incredible is that this [Looop recycling] something that exists,” she says. “I hope that as people are playing this game and recycling their clothes online, they can make the connection between what is happening [virtually] and what they can pick up off a shelf in a store.”