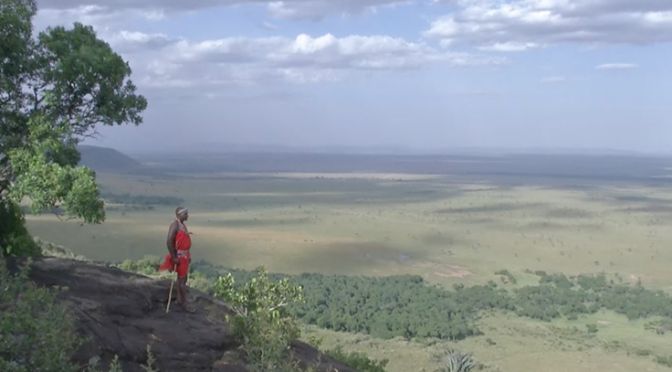 Angama Mara is based in the Mara triangle in Kenya, and in addition to providing luxury accommodation for its guests, has also created the Angama Foundation – giving back to the environment and community through education, healthcare and wildlife initiatives.

Transcript: Angama Mara is a lodge based in the Mara triangle in Kenya, so this is a luxury safari lodge where people from all around the world come to enjoy safari in style and in luxury, enjoying the animals of the Maasai Mara, enjoying the Maasai culture, the people of the region, this is a home base for people to get out and explore.

The purpose of Angama is number one, to delight our guests and by delighting our guests we can make a profit and then most importantly by making a profit we can make a difference. So every guest who comes through, they actually may not realise the support they’re giving to the communities around here and to our foundation but $10 per guest per night goes into the Angama Foundation, and with that money, the Angama Foundation uses a hundred per cent of those funds to then support healthcare, education and conservation within the Maasai Mara.

So that’s how the Angama Foundation started and that’s its purpose is just to give back to make a difference, and to support the reason that people come here to experience this area in the first place, it’s how we close the loop, support the wildlife, support the people who live here and that will just keep more guests coming back, bringing more money to support what’s here and conserve what’s here.

When Angama Mara was being built the community had asked us to build them a clinic, it had taken a few years for us to gather the funds through the small donations, through our guests, and in 2016 we broke ground and built the clinic.

We opened in 2017 and now the Angama clinic is here for the community, for our staff and for our guests. We have a full-time clinical officer that is staffed here 24 hours available for them, and the community is able to come for a small fee, that consultation fee is waived if medications are needed.

One of the pillars of the Angama Foundation is education and less than 10 minutes from Angama is a school, that just a few years ago was meeting under a tree, in the last few years of the Angama Foundation support it’s grown to have a number of classrooms all the way up through grade 8, as well as ECD’s for early childhood developments and teachers accommodation for the teachers.

So that’s a big initiative of ours, to support the school that is very much off the grid, doesn’t have any power running to it and is otherwise unknown and overlooked.

The Angama Foundation also partners with a number of other organisations, NGOs foundations within the Maasai Mara to support their efforts. One of those organisations is called the Anne K Taylor Fund and one of the projects they’re doing, which is making a big difference in this area, is creating predator-proof bomas, so bomas that are a traditional structure in nature superficially they’re doing the same thing as what traditional bomas do and that’s to protect wildlife, but they’re doing it in a way that is more effective from protecting wildlife from predation from hyenas, leopards, lions and in so doing, then decreasing the number of incidence of predation on livestock and the conflict between humans and the predators.

At Angama we are very aware of how fortunate, how lucky we are to be here particular on this piece of land with our views that we have and surrounded by the communities who are our neighbours and as such we need to be very cognizant of the footprint that we have here and the impact that we have here.

Lodges like ours don’t work if we aren’t thinking about the land, thinking about the people and working with them in a sustainable way that promises a mutually beneficial relationship between us as a business, our neighbours who have lived here for hundreds of years and also the wildlife that surrounds us.