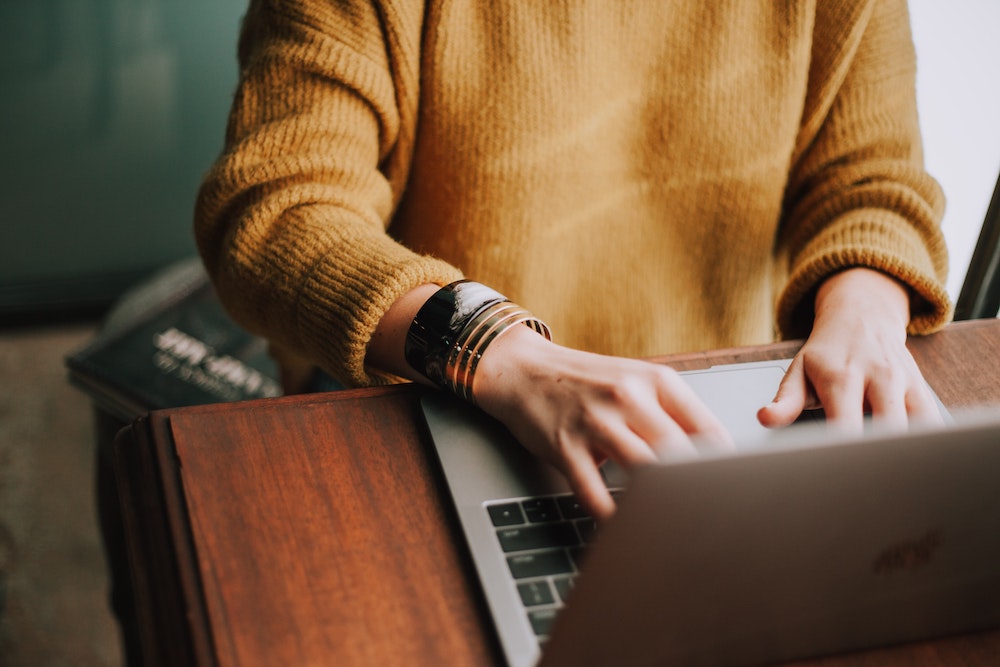 Here are 6 ways to make your web-surfing better for the planet.

According to the United Nation’s Worldometer – a mesmerising tool I find both frightening and compelling – the current world population is almost 7.8 billion. And over half of those people are online.

If they’re anything like me, they’re using the internet for research, emails, shopping, social networks and to manage their connected home. And let’s not forget all the streaming services we can subscribe to.

In fact, according to Statista, ‘video accounts for more than half of downstream internet traffic volume, with Netflix representing the largest share of global internet bandwidth usage’.

That’s a heck of a lot of box sets…

We’re storing more and more in the cloud too – where once uploaded, the documents, images and videos that we thought so important disappear from our consciousness. When was the last time you searched for something in your Google Drive and didn’t recognise half of what was there? For me, it was this weekend.

This graph shows the number of worldwide internet uses by region from last January. Not only will there be exponential growth as emerging economies continue to develop and their populations want to get online for work and play. But even in developed nations, our appetite for data shows no signs of slowing down.

In fact, if the internet was a country, it would be the sixth most polluting country in the world.

As it is, the internet contributes 2% of global carbon emissions and that number is only increasing. Climate Change News says it may hit 14% in 2040. They quote Andrae, who works for Chinese communications technology firm Huawei, as saying:

‘The situation is alarming. We have a tsunami of data approaching. Everything which can be is being digitalised. It is a perfect storm. 5G, [the fifth generation of mobile technology] is coming, IP [internet protocol] traffic is much higher than estimated and all cars and machines, robots and artificial intelligence are being digitalised, producing huge amounts of data which is stored in data centres.’

So where are the emissions coming from?

We can add the Internet of Things to the list given the rise in connected heating systems, doorbells, refrigerators and CCTV systems.

As Lisa Harvey writes in a brilliant long-read about this challenge:

‘Everything we do on the seemingly “invisible” internet; every click, search or stream; each “piece” of data – even taking a photo on our phone – is matched by a piece of energy…. Whether it’s for sending messages, uploading files or playing games, using anything to do with the cloud still means computer servers, mostly housed in massive data centres (think 40 times the size of a tennis court) are set to work. Centres that need 24/7 electricity to power the servers, storage and back-up equipment – as well as keep everything cool.’

She notes that when ‘Despacito’ made internet history as the first video to hit five billion views on YouTube, it also ‘burned the same amount of energy as 40,000 US homes in a year’.

Here’s how we can reduce our internet carbon footprint

As with any complex situation, the solution isn’t cut and dried. It will take action from both within the tech industry and among individual users.

We need to put pressure on the internet platforms and apps that we use to switch to renewable energy to power their data centres. Apple and Google are both 100% renewable and Microsoft is working toward 70% renewable energy by 2023. But Amazon’s AWS and Alibaba are lagging behind. These tech giants can – and should be – part of the solution.

Those in the tech industry should also sign on to the Sustainable Web Manifesto, pledging to ‘create a web that is good for people and planet’ by providing clean, efficient, open, honest and regenerative products and services.

If you own a website, switch your hosting platform to one that uses renewable energy. You can check if your website is hosted green on The Green Web Foundation.

Individual actions we can take:

1. Install The Green Web Foundation’s app to display a badge next to your search results that show whether or not the sites are hosted green.

3. Reduce streaming on cellular data; be sure to use wifi.

5. Cut back on gaming time and buy ENERGY STAR-rated equipment.