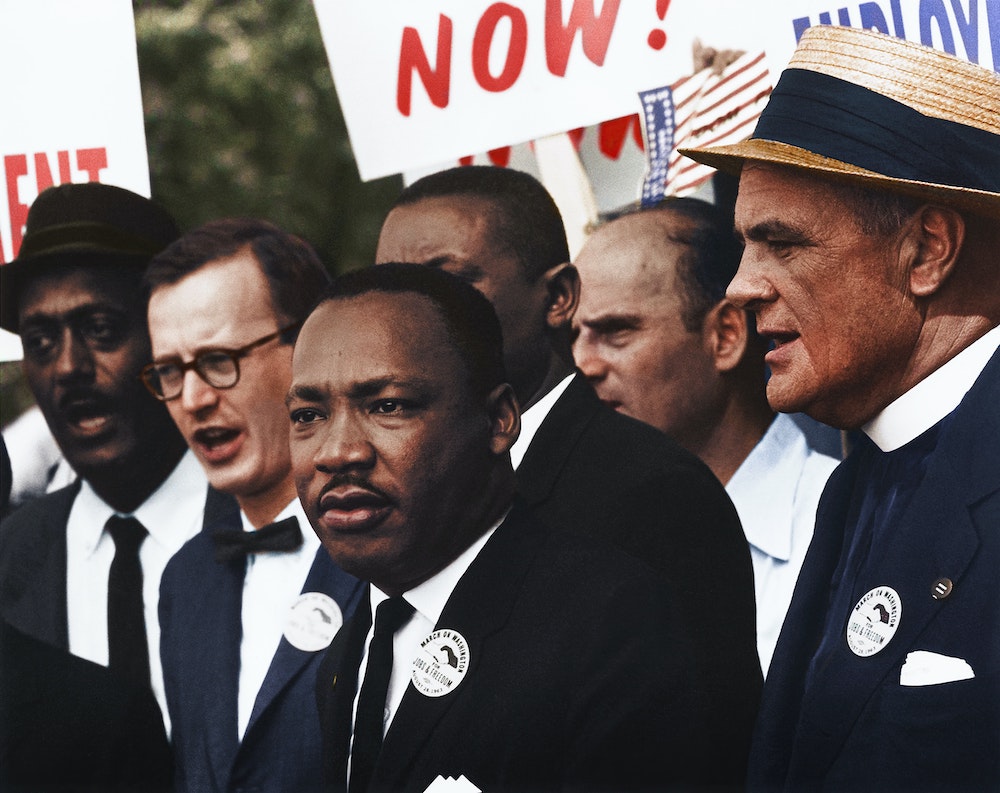 Martin Luther King Jr. Day: Will We Ever Get It Right?

I thought a lot about this yesterday, his 92nd birthday. I thought about how the recent tragedies and protests would have sat with a man of that age and who had fought for so much for so long. Would he have kept his hope alive all these years?

Like most Americans born after his death, Dr. King was a focal point of social studies classes all throughout my years of school. He is the reason I sat next to Black students bussed to my white neighborhood for a “better” education opportunity.

In this bubble, at least, it seemed racism had lost. My classmates, boyfriends, and best friends were BIPOC. My fairly progressive hometown worked to try and erase the lines that divided white and Black communities. Dr. King’s speeches were studied and memorized. He was one of the few people worthy enough for the teachers to wheel the television carts into the classroom and fiddle with the fiddly VCRs so we could watch him again and again, year after year.

Those speeches filled the classrooms with silence. We all sat raptly. For my Black classmates and teachers, watching him surely stirred up feelings I won’t ever understand. For me, it brought a deep sense of awe. Of duty. It brought a pursuit of the truth and a mistrust of authority, all of which still lingers in me to this day.

This sense of service to justice defined me by the time I reached high school. Living just a few hours west of Washington D.C., friends and I would join up with our local youth movement and board the busses en masse to the nation’s capital to protest for all manner of human rights issues. The first time we went was to an anti-apartheid march. People carrying signs and holding hands filled the streets. Activists and celebrities spoke and performed outside the Capitol building. Dr. King was referenced a lot in those speeches. A better world felt possible.

Why Can’t We Move Past Racism?

Stanford psychologist Dr. Steven O. Roberts says our basic understanding of racism is wrong. “Racism is a system of advantage based on race,” he says. “It is a hierarchy. It is a pandemic.” It’s so pervasive, says Roberts, it is virtually impossible to escape.

“Many people, especially White people, underestimate the depths of racism,” according to Michael Rizzo, a postdoctoral fellow at New York University and the Beyond Conflict Innovation Lab. Rizzo and Roberts co-wrote a paper last year entitled, “The Psychology of Racism.”

“A lot of attention is rightfully put on the recent murders of Breonna Taylor, Ahmaud Arbery, George Floyd and far too many others,” Rizzo notes. “But people need to understand that those horrific events are a consequence of a larger system.”

One way out of this system, according to Roberts, is early and frequent exposure to diversity. Whether that’s in neighborhoods, community activities, or school. The more we bond with people of other races, the less likely we are to favor systems that oppress them.

According to Rizzo and Roberts, one of the most important steps for future research will be to “shift our attention away from how people become racist, and toward the contextual influences, psychological processes and developmental mechanisms that help people become anti-racist.”

Can Love Ever Win?

In his Nobel Peace Prize acceptance speech in 1964, Dr. King made it clear that our progress doesn’t just come through acceptance. It also must come through denying the systems and beliefs that got us here in the first place:

During that speech he spoke of his preferred weapon in the war against hatred:

“Sooner or later all the people of the world will have to discover a way to live together in peace, and thereby transform this pending cosmic elegy into a creative psalm of brotherhood,” Dr. King said. “If this is to be achieved, man must evolve for all human conflict a method which rejects revenge, aggression and retaliation. The foundation of such a method is love.”

Will we finally find that love as our planet faces more crises today than half a century ago? Or, are we destined to keep singing that “cosmic elegy” until pandemics, climate disasters, and hatred unite us, once and finally, in what will ultimately become our inevitable demise?