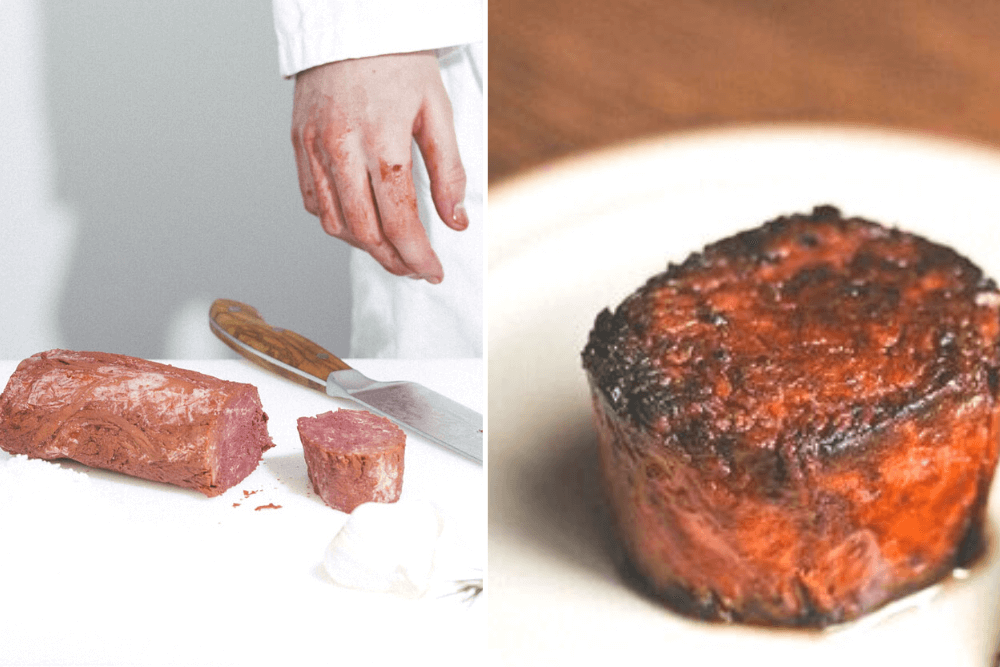 Meat-eaters have mocked vegan food for years. This meatless steak could change that.

There are meaty veggie burgers and dogs. There are chickenless nuggets galore. But the vegan steak has long been elusive, the holy grail of meatless meat. Slovenian brand Juicy Marbles says the wait is over. It’s launched the first line of raw, “bleeding”, plant-based steaks. Its first product is a plant-based filet mignon full of marbled fat, flavor, and texture.

The company credits its steaks to the futuristic-sounding patented Meat-o-matic Reverse GrinderTM — the technology that allows Juicy Marbles to reproduce the taste and texture of beef steak without 3D-printing or live animal cultures.

“The biggest challenge was getting the right fiber alignment and intramuscular fat structure – the marbling. The most expensive steaks in the world are known for their lush marbling,” co-founder Luka Sincek said in a statement. “It takes a lot of energy and a rare breed of cow to attain that. With plant meat, we control it and, thus, over time, can scale up our steak production and bring down the price. Eventually, we’ll be able to make the most premium meats attainable for everyone.”

Juicy Marbles says it’s not like other plant-based companies; it makes raw and unseasoned meat, similar to buying raw cuts of animal protein.

Recreating the ‘Allure of Meat’

“The allure of meat is not just texture or flavor, it’s also simplicity of preparation,” says Vladimir Mickovic, Chief Brand Officer. “A sprinkle of salt, sizzle on the pan, and boom — you have a tasty protein on your plate.”

The target audience — current meat-eaters — have many misconceptions about vegan meat, according to Juicy Marbles. A recent survey cited by the brand found that half of meat-eaters think vegan meat options will be tasteless. The company says its patented technology brings a rich, fatty marbling to the product that steak lovers will approve of.

This whole-cut approach, the founders hope, will set them apart in an industry bursting with competitors. From small-scale vegan butcher shops to market leaders like Beyond Meat and Impossible Foods.

“We can’t expect a necessary global diet shift towards plant-based without a wide variety of plant meats that will not only enable the continuation of culinary traditions, but also enable a well-balanced and wholesome diet,“ says CEO and Co-Founder Tilen Travnik.

The new vegan steaks are shipping throughout Europe and the U.S. More info on the Juicy Marbles website.