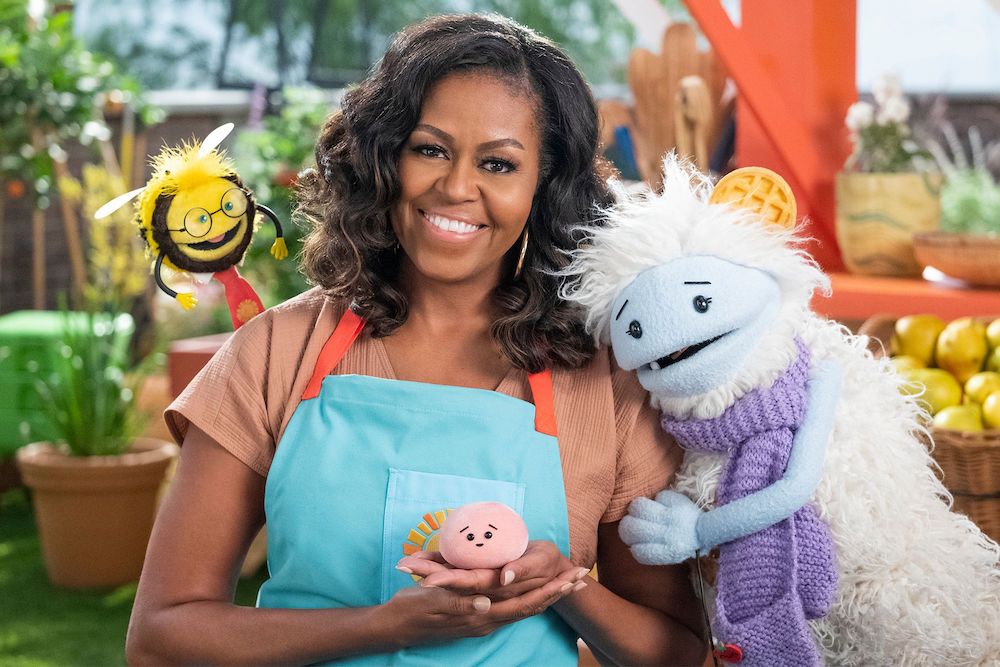 “This is something I’ve been working on for a while now, and I’m so excited to finally be able to tell you all about it,” Obama wrote in a Facebook post. “Allow me to introduce two new friends of mine: Their names are Waffles and Mochi. And on March 16, we’ll be launching a new children’s show on Netflix called Waffles + Mochi. It’s all about good food: discovering it, cooking it, and of course, eating it.”

Healthy food and living were core focuses for Obama during her eight years in the White House. She launched the Let’s Move! public health campaign along with chef Sam Kass in an effort to fight childhood obesity. She also played a critical role in the Healthy Hunger-Free Kids Act, which passed in 2010. Its focus was to bring healthier meals to public schools across the country, both to thwart diet-related illnesses such as type-2 diabetes, and to help provide healthy meals to low-income students. According to the most recent data from the Centers for Disease Control and Prevention, one in three kids born after 2000 is likely to develop type-2 diabetes.

Obama also brought a robust vegetable garden back to the White House. She frequently brought children to the garden as a learning opportunity around healthy eating. The new show continues that mission.

“[Waffles and Mochi] will take us on adventures all around the world to explore new ingredients and try out new recipes,” Obama said. “Kids will love it, but I know that adults will also get plenty of laughs—and some tips for the kitchen. In many ways, this show is an extension of my work to support children’s health as First Lady—and to be quite honest, I wish a program like this had been around when my girls were young.”

Partnership for a Healthier America

The new show will also work with Partnership for a Healthier America in an effort to bring fresh food to families hardest hit by the pandemic. Obama is honorary chair of the Parnership.

“I also know that this is a difficult time for so many families, and I’m hopeful that this delightful show can bring a bit of light and laughter to homes around the world,” she said. “That’s why as part of the show’s commitment to helping families during the pandemic, we’re working with our partners at Partnership for a Healthier America to get fresh ingredients to families in need across the country so they can cook together at home.”

The new show is part of the Obamas partnership with Netflix that began in 2018. Together, they’ve already released several documentaries including “American Factory,” “Crip Camp” and a profile of “Becoming,” about the launch of the former First Lady’s recent bestselling book.