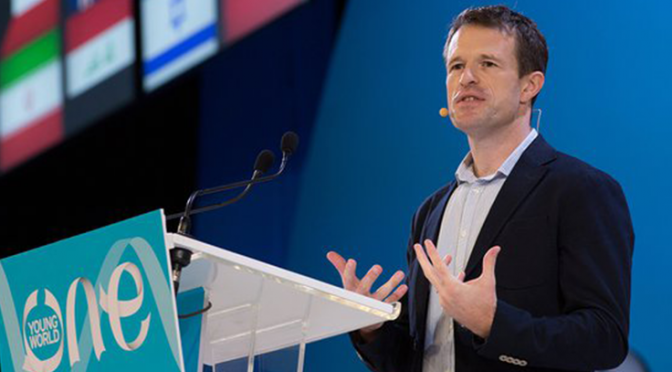 I’m an inveterate optimist, fairly pragmatic and forward-thinking. I suppose I have satisfaction – a bit of buzz – out of being part of an effort that challenges power that is causing damage to people and planet. That keeps me going.

We are seeing both new threats and new opportunities. The fossil fuel industry is taking bailout money meant for small businesses. There’s the acceleration of the destruction of tropical forests around the world. The surveillance apps supposedly to help track COVID may actually provide governments to oppress their people. But in terms of opportunities, we see governments can actually hit reset on the economy and our way of life that they normally say is impossible due to market forces.

We can all write to our MPs and representatives to pressure the government to move our economy to a more climate-literate one. We can look for patterns and links between our country and the rest of the world on environmental issues, human rights abuses, animal cruelty – spend any extra time you have to follow those pathways, be curious. Try to engage with organisations working on causes you believe in with conversation, time and funds where possible.

We need a political landscape that is aware of the climate crisis and working on policies that mitigate climate change, not exacerbate it. There are powerful forces trying to get the traditional model of the economy firing again, but we need common sense to prevail so we don’t slide backward.

Mike Davis became Global Witness’ CEO in February 2020. This follows three years in the role of Director of Campaigns, Planning and Evaluation, during which Mike has overseen the development of a new Global Witness strategy with a strong emphasis on abuses of power driving climate crisis.

From 2013 to the end of 2016, Mike was Global Witness’ representative in Asia. In this role he oversaw the organisation’s work in China and conducted in-depth investigations into corruption in Myanmar’s multi-billion dollar jade business; producing a series of explosive publications on the generals, drug lords and tycoons involved.

Mike’s previous roles at Global Witness include managing the organisation’s work on forest protection and land rights across Africa, Asia and Latin America from 2012-2013, and leading its campaigns on conflict minerals, blood diamonds and other conflict resources from 2007-2012. He ran the Global Witness office and its team of undercover investigators in Cambodia from 2003-2005 and wrote two ground-breaking exposés on high level corruption in the country which were both banned by the Cambodian government.