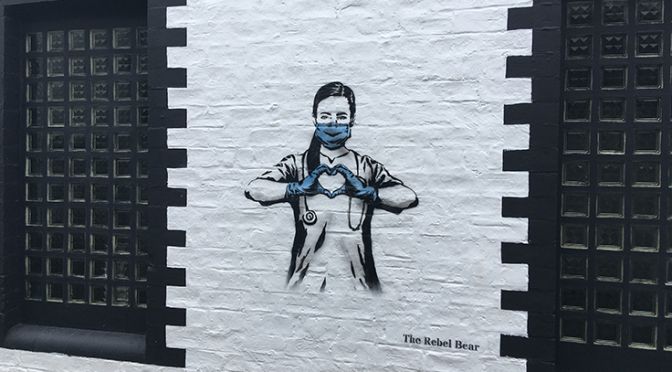 Millionaires for Humanity Ask for a Tax Hike

Looking for a solution to society’s wicked problems? Tax the rich…

This weekend is the G20 meeting of finance ministers and central bank governors. On the table for discussion is how to kickstart and sustain the global economic recovery in the wake of COVID-19.

And a group of millionaires have offered a solution – raise taxes on the wealthy.

83 millionaires have signed an open letter calling for immediate, substantial and permanent tax increases for people like them.

They acknowledge in the letter that they aren’t the ones on the front lines of this crisis – working in hospitals, driving ambulances, stocking shelves at the supermarkets.

‘But we do have money,’ they write. ‘Lots of it. Money that is desperately needed now and will continue to be needed in the years ahead, as our world recovers from this crisis.’

They warn that the impacts of the coronavirus pandemic could be felt for decades, with higher rates of unemployment, children not able to access education and hospitals stretched beyond capacity.

‘The problems caused by, and revealed by, COVID-19 can’t be solved with charity, no matter how generous. Government leaders must take the responsibility for raising the funds we need and spending them fairly. We can ensure we adequately fund our health systems, schools and security through a permanent tax increase on the wealthiest people on the planet, people like us.’

The letter acknowledges inequalities in a society where its essential workers are grossly underpaid, noting that 70% of health care workers are women who ‘confront the deadly virus each day at work, while bearing the majority of responsibility for unpaid work at home’.

They also dismiss any idea of the virus as the great leveller – impacting rich, poor, young, old, all ethnicities – and admit that they ‘are much less likely to be its victims’.

‘Our interconnectedness has never been more clear. We must rebalance our world before it is too late. There will not be another chance to get this right.

Humanity is more important than our money.’

The Guardian noted that ‘The number of super-rich people continues to grow despite the economic impact of the coronavirus crisis and global lockdowns. There are more than 500,000 people in the world classed as ‘ultra-wealthy’ with fortunes of more than $30m (£26.5m). That means there are more ultra-wealthy people around the world than the populations of Iceland, Malta or Belize.’

And the BBC reports that ‘Jeff Bezos, the world’s richest person and founder of Amazon, has added billions to his fortune as demand for online shopping has soared, pushing up the firm’s share price. Critics pointed out that while Mr Bezos donated $100m to food banks in the US, that came to less than 0.1% of his estimated fortune.’

T. Harv Eker, the author of Secrets of the Millionaire Mind, said ‘Money will only make you more of what you already are’. It give us hope to see people willingly offering what they have to help those who are struggling.

Will the leaders dialling into the G20 summit hear them?