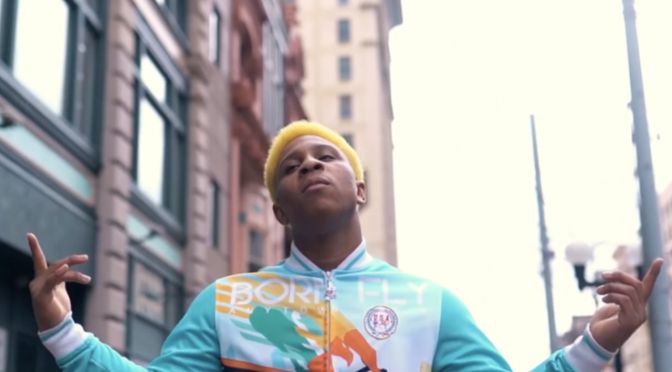 YelloPain’s latest video schools us all in democracy

It would be hard to miss the political drama, the grand-standing and the one-upmanship unfolding in the United States at the moment. But as 2020 gets underway, the run up to the elections in November is just getting started.

Understandable perhaps, given the amount of money and media attention paid to presidential campaigns. But what this shows is that voters don’t really understand the importance of people other than the president that we vote for – our representatives in Congress, state legislatures and local councillors.

But the truth is, those people are deciding how our daily lives play out more than the person sitting in the Oval Office.

At least that’s the message of ‘My Vote Don’t Count’ the latest video by YelloPain, an Ohio-based rapper .

Opening with the jubilation that Obama’s election brought in 2008, the mood turns immediately as we switch to present day. He catalogues the problems that have persisted in his life, despite who holds the ultimate office: businesses shuttered, streets with potholes, fewer food stamps, low minimum wage.

Reflecting the disillusionment that keeps people from voting, he says:

I don’t think I ever had a president made my life better
Did it all on my own, ain’t no politician ever do a nice gesture
I don’t even know the mayor name
I ain’t ever seen one time ever
Tell me how she gonna help the city
What I suppose to do, write letters?

But then he changes tack, acknowledging that those in power benefit from this hopelessness and inaction on the part of the populace.

In full-on teacher mode, YelloPain breaks down the three branches of the US government – the Executive, the Legislative and the Judicial. Everyone focuses on the Executive – the President, mayor or governor.

We watch the drama and hijinks and participate on Twitter or around the dinner table, but in reality, the Executive branch is there to sign bills into law. The people actually making the laws sit in the Legislative branch – Congress and the State House. And they’re the ones who approve who runs the courts.

So all those mid-term elections matter just as much as the presidential ones and the local elections maybe even more.

YelloPain goes on to make the case that those people are the ones who actually impact our day-to-day lives, and we’re responsible for putting them there and keeping them there – based on whether or not we vote.

This video is a political message, in partnership with YelloPain’s cousin Desiree Tims, a Democratic candidate for Congress. She ends with this message:

Every time you stay home, someone is making a decision about you. Making decisions about the air you breathe, the water you drink, the food your kids eat, and how much money you bring home every two weeks. So every time you sit out an election, every time you don’t show up because you think it doesn’t matter, someone else is happy that you didn’t show up. So they can make that decision for you. Vote!

In an interview with the Dayton Daily News, YelloPain said:

‘Metaphorically, Desiree took me to school. She taught me what I should have learned in school, what they didn’t teach me. I wanted to get people in my same position to vote.

People who are in politics don’t know how to speak the language of people who don’t understand. The reason this video is so powerful is because I speak both languages.’

So if you want more of a say, register to vote. Educate yourself on the people running for office beyond the ultimate leadership role and then make sure you vote for those who can help make the life you want a reality.