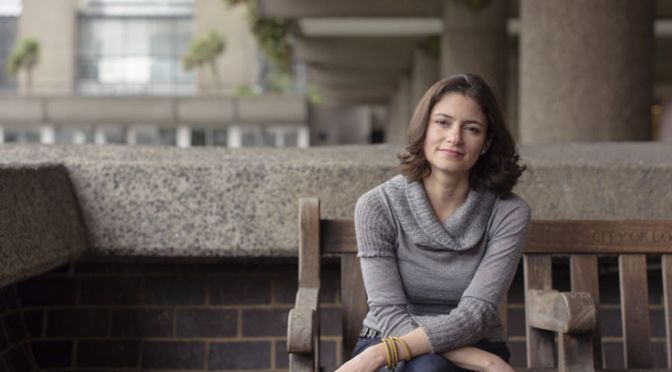 Your parents are Venezuelan, and you’ve lived in the US and the UK. How have these different cultures shaped the person you are today? What are the best attributes of these places that you’ve internalised?

A child of Venezuelan immigrants, raised in the US, and transplanted to the UK 15 years ago, I’ve come to appreciate just how much different cultures can learn from each other.

Venezuelans have a spirit of generosity that forges relationships more reserved Anglo-Americans struggle with. For centuries, Americans’ sense of optimism has driven a relentless progress you just don’t see elsewhere. Brits’ hallmark patience tends to keep them out of the wrenching trouble more impetuous societies can get into.

I try to live up to and balance those virtues—generosity, optimism and patience—in everything I do.

You’ve written about your lightbulb moment in Nov 2016, the one where you realised your actions and inaction had helped create the world you were living in. How did that realisation make you feel? Was there a mindset shift that had to take place for you?

It was like a light switched on, but not in the usual ‘bright idea’ sense. It was more like something that I couldn’t see, but had always been there, was suddenly illuminated. I’d had the best of intentions, but hadn’t perceived how impotent those are without action.

When I realised the only thing that really matters is what you do, my whole perspective changed. I feel far more powerful knowing that any action I take makes a difference—even in some small way, it changes the world.

What did you decide to do off the back of that and how did it lead to what you’re doing now?

I sat down with my most creative friend, Robbie Dale, and we set ourselves a challenge: What could we do to make this messed up world a little better?

We used the resources we had to hand: a printer and an internet connection. We printed “A place for…” on a few hundred sheets of paper and folded them into small place cards (the sort of thing that marks your place on the table at a wedding). We wrote all sorts of stuff on the cards—everyone, you, immigrants, redheads, cat lovers…

We put these all over London. We made it easy for anyone who found one to go online and make their own. We asked people to share photos of the place cards on social media. We started a guerrilla campaign to remind people that we’re all in this together.

Within days, we saw place cards pop up as far away as the US, Russia, Germany, Greece, the Netherlands, the Philippines, Canada, Colombia and Zambia. We were contacted by major media outlets. We were asked, “What next?” So, we resolved to do more.

I read up on some history, Robbie read up on some psychology, and together we came up with a toolkit for anyone who’s thought about changing the world but isn’t quite sure where to start. We filled a small envelope with six simple paper tools inspired by Martin Luther King’s ‘six steps of nonviolent social change’, informed by behavioural science and designed to get users through the hardest part of taking action—getting started.

In 2019, after more than a year of beta testing, we launched Thought Starter.

Why do you think it is that more people don’t have these lightbulb moments? What stops us from making a change in our own lives?

People often say they “just don’t have time” to act on the things they care about. It’s an easy excuse to make, and to believe—after all we live in a hectic, always-on world. And yet we find time to do things we freely admit aren’t very important or fulfilling.

We make a habit of having pointless meetings at work, endlessly scroll through social media feeds, mindlessly play Candy Crush, binge on streamed series for hours.

I think deep down the problem is self-doubt, which we all have in some measure. We don’t know where to start, and we don’t ask because we don’t want anyone to know there are things we don’t know. We’re afraid that if we try something, we might fail.

Or, we don’t believe we can make a difference. That one I find fascinating, because in science fiction films everyone is afraid to change the tiniest thing in the past for fear of the huge effects it will have on the future. Why doesn’t anyone think that way in real life about the small things we can do now to make the future a lot better?

How do you describe what Thought Starter is to someone who hasn’t heard of you before?

Thought Starter is for people who want to change the world but don’t quite know where to start. The Thought Starter kit’s six simple tools can be used by anyone to kickstart whatever change they want to see in the world.

It also sits at the heart of workshops we deliver for organisations, to give staff the tools to change the world in their day jobs—and at events, to turn ideas and inspiration into tangible action.

Why is it so hard for people to move from bright idea to initial action?

Talk is cheap. Action takes some effort. But once you start something, once you take the first small step, it’s much easier to keep going.

How does the process work? What are the steps that people work through?

After helping you focus on the one thing you most want to start doing, each item in the kit prompts a specific action to get you started. For example, there’s a set of stickers you put somewhere you’ll see them regularly as reminders to do thing you’ve committed to.

There’s a postcard to send to someone who could help you create the change you want to make. There’s a greetings card to write to your future self, so that when the going gets tough you can remind yourself of the difference you’re trying to make and why it’s important to you.

Tell me about Martin Luther King and why he’s been such an inspirational part of what you do at Thought Starter.

Despite working in sustainability for my entire career, I’d never considered myself an activist or campaigner. But in 2016 and 2017, the growing wave of popular protest struck a chord and gave me hope—Black Lives Matter in the US, pro-EU demonstrations in the UK, opposition rallies in Venezuela, the Women’s Marches all over the world.

I’d started reading about previous movements that had overcome adversity to change the world for the better, and learned about Martin Luther King’s ‘six steps of non-violent social change’ in which he details how anyone can take action to advance civil rights. I wanted to do more to change things, and I wanted to make it easy for others too.

Who better to take inspiration from than one of greatest icons of social change in history?

I know it’s early days still, but what have been the highlights so far for you?

Watching the hard-nosed journalists at a workshop for Forbes start using their influence to change the world for the better. Getting email updates from someone who, while struggling with homelessness, used the Thought Starter kit to start a film-making project.

Being invited to speak to a new generation of changemakers at the One Young World summit, which also featured Nobel Peace Prize winner Muhammad Yunus and conservation icon Jane Goodall.

How are people responding to the product and the workshops?

The response has been overwhelmingly positive. Even when we were in beta, making mistakes and working out kinks, people were excited and supportive. As a small, young venture we’re lucky to have so many people believe in what we’re doing and give us a chance. It makes me optimistic for the business, and for the wider world too.

There’s nothing more fulfilling than seeing people who have used the kit or been to a workshop take pleasure in the real, tangible change they’re making.

What are some of the unanswered questions or challenges you’re still working through?

Several multinationals have expressed interest in working with us, and we’re starting to think about how we scale without losing the physical nature of the kit and intimate feeling of a workshop. These aspects are important to the user experience, and delivering them across tens of thousands of people is an exciting creative challenge for us.

What’s your number one tip for how people can make a difference in their own lives?

Do the smallest possible version of the thing you want to achieve.
> Bang out one clunky sentence: now you’re writing.
> Dial the number of someone you’ve been meaning to call: now you’re talking.
> Close your eyes and take a deep breath: now you’re meditating.

What book has changed your life and why?

The Little Prince by Antoine de Saint-Exupéry. I read it first when I was seven, and have returned to it at least half a dozen times since. Every time I read it, it teaches me a new lesson.

What do you never leave the house without?

When you get to the end of your life and look back at all you’ve done and seen, what do you want to be able to say about your life?

I want to be able to say I did all I could to build a better world.

I’m most concerned about the intentional blurring of lines between truth and lies.

I’m most hopeful for the change that the Youth Climate Strikes have the potential to make.

What’s next for you?

We want to empower a generation of doers, so for every kit we sell, we make one available to a disadvantaged young person. We’re now seeking out schools and youth organisations we can partner with to distribute our ‘give one’ kits in larger numbers.

Where can people find you and Thought Starter if they want to follow along your journey?

Everything we do is designed to make it simple for people to take action on things they care about.

Sign up to Thought Starter’s ‘do-something-about-the-news letter’. Once a week, we focus on one news story and tell you one thing you can do about it that will make a difference.