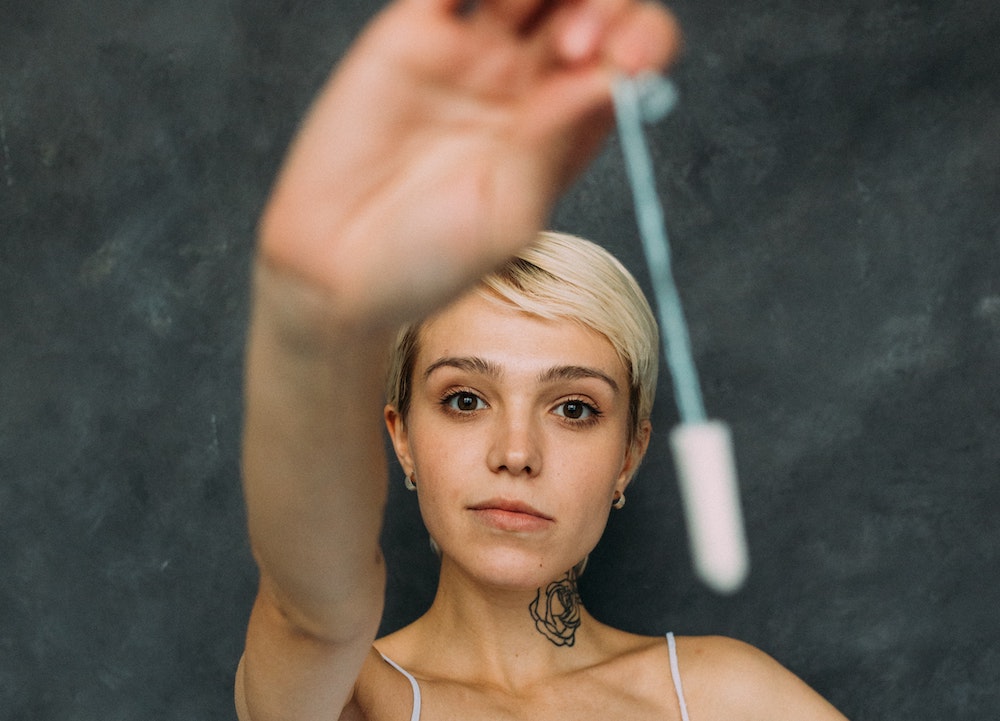 At Last, No Tampon Tax. But What About the Plastic?

The complicated business of monthly bleeding.

Perhaps 2021 has not started entirely positively. However, one of the bright spots in the early days of the year was the long-awaited abolition, in the UK, of the ‘tampon tax.’ For a long time, such products have been classified as luxury, non-essential goods. As such, they have attracted VAT.

Of course, there is much that is problematic here. Periods, and the products they necessitate, are not a luxury. They are a fact of life. Additionally, they are a fact of life for a huge number of people globally, regardless of socio-economic circumstances. The troubling issues of period poverty are well known. For example, many menstruating individuals miss education or work due to bleeding, or having to improvise protection. The situation has worsened during the course of the pandemic. As an example, charity Bloody Good Period says that demand for sanitary products increased six-fold.

It is only recently that students with periods have had the reassurance of free sanitary products being available in UK schools.

The abolition of tampon tax represents another step in the right direction, as well as being one that will affect even larger groups of people. With the average lifetime cost of having a period close to £5,000, it’s not difficult to see how periods are a ‘luxury’ that many people can simply scarcely afford.

It is only astonishing that it has taken so long to get to this point. Indeed, it is only because of the end of the Brexit transition period that the UK has shucked off the EU directive, which mandates a minimum 5% tax on all sanitary products.

Yet, as welcome as the removal of the tax – and the implication that periods and their accompanying miscellany are ‘luxuries’ – is, we could be going so much further.

Yes, we must acknowledge the inevitability – and sometimes, downright inconvenience – of periods. In addition, however, we need to do much more to change our conversations around what their accompanying miscellany can be. As it stands, the dialogue is still very much around tampons and pads. And these products, and their packaging, generate between 125 and 150 kg of plastic-rich, non-recyclable waste in a lifetime per user.

Our awareness of plastic waste has increased exponentially in recent years. The plastic bag charge was introduced and then doubled. Coffee chains offered discounts to those bearing reusable cups. Last year, the UK government banned plastic straws and cotton buds. Last November, they announced the introduction of a plastic packaging tax, to apply to any packaging produced in, or imported into the UK that contains less than 30% recycled plastic.

Yet when it comes to ocean pollution and beach litter, menstrual products are one of the biggest contributors. Indeed, they are more prevalent on European beaches than plastic straws and cutlery. So, while we must normalise periods, why are we normalising plastic period products?

One of the issues, of course, is that many people are still loath to acknowledge periods in any but the most cursory of ways. Drinking a cocktail through a straw at a beach bar? No problem, we can talk about that. Bleeding from a vagina? Not so much.

Cultural norms have a lot to answer for here, not least the fact that advertising around period products has traditionally shown people enjoying life to the full, looking pristine in white jeans or a bikini, or participating in sport. Rarely, if ever, do we see period products touted by a person hunched over a hot water bottle. Nor do we see them dealing with a hormonal breakout, or bleeding onto to a classroom or office chair. It’s not uncommon to walk to the bathroom with your tampon or pad hidden in your sleeve, or to talk about having a period in euphemistic terms – ‘Aunt Flo’, ‘TOM’ or simply ‘on’. For a long time, advertisers demonstrated absorbency with a light blue liquid far removed from the heavy red fluid of an actual period.

It follows that we shy away from discussing the associated issues. When we can barely stand to acknowledge the reality of periods, how are we to tackle the discussions around alternative products that won’t harm the planet?

Times are, however, slowly changing. Last year saw a number of television shows depict periods in more familiar, relatable and even gritty ways. In 2017, Bodyform’s ‘Bloodnormal’ campaign set out to ‘make the invisible visible’ and to ‘make period-talk as normal as periods themselves.’ In the same year, transgender model Kenny Jones fronted the Pink Parcel period subscription service, helping to shift the conversation from ‘women’ to ‘people who bleed.’

At the same time, products that swerve the plastic have started to gain visibility. At the end of last year, sustainable tampon brand DAME took to the side of London buses with a campaign that clearly showed a tampon string dangling along the model’s inner thigh. The logo, ‘Bleed Red, Think Green’, highlighted not only what a period is, but also how earth-friendly options are available. This includes ones – tampons – that aren’t a million miles from what people have been used to.

Attitude change takes time. Habit change takes time. According to some research, many people, even with a desire to make more sustainable choices, baulk at the idea of laundering a reusable pad, washing absorbent knickers, or inserting a mooncup.

DAME, the brand mentioned above, works with, not against, this reticence. Their research showed that 60% of people preferred an applicator, so they developed a reusable one to allow people who bleed to use regular tampons.

You can buy your old favourite brand; alternatively, DAME make organic tampons that you can buy via subscription. You use the applicator to insert the tampon, and simply clean it between uses – and it lasts for life.

What a Pile of Pants

Australian brand Modibodi, which makes period-proof underwear, came under fire from social media platforms for showing period blood. It was deemed to be ‘shocking, sensational and disrespectful’, although this was later retracted.

Yet, how many people don’t have a grotty old pair of knickers (or two) that they refer to as their ‘period pants’? You know, the ones so old that if (when) they get stained with leakages, it’s no big deal. You’ll just wash them and put them in the drawer for next month.

But, if this is the case, why not just avoid the pad or tampon? Why not just accept the flow as flow, rather than leakage? Why not just bleed into our underwear, wash it and rewear it?

We are getting there. It’s a relief that period products are now available, and more affordable, for people who bleed. However, there also needs to be more awareness around the range of period products that exist. More education about what the implications of these are. More acceptance of what periods entail. And ultimately, perhaps rather than financially penalising people who bleed, we can look to tax people — all people — who make plastic-heavy choices. Whether those people bleed or not.