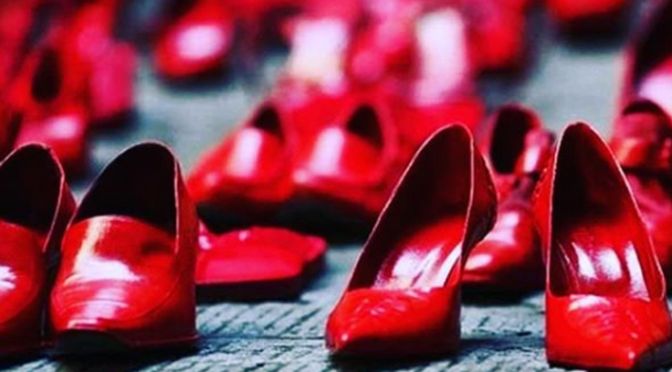 UN Women launched 16 Days of Activism at the International Day for the Elimination of Violence against Women.

The theme for this year’s annual period of activism is ‘Orange the World: Generation Equality Stands against Rape!’.

In a world where one in three women experience physical or sexual violence (frequently by an intimate partner), it’s time for all of us to stand together and call for an end to violence against women.

Women from around the world took part in marches on Monday and activities will continue through 10 December to raise awareness of violence against women.

Many iconic buildings and landmarks around the world will turn orange in a show of solidarity with the campaign. And red shoes were set out in cities across the world to represent victims of femicide, the murder of a woman by a partner, ex-partner or family member.

‘Sexual violence against women and girls is rooted in centuries of male domination. Let us not forget that the gender inequalities that fuel rape culture are essentially a question of power imbalances.
Stigma, misconceptions, underreporting and poor enforcement of the laws only perpetuate impunity. And rape is still being used as a horrendous weapon of war.

All of that must change… now.

I call on governments, the private sector, civil society and people everywhere to take a firm stand against sexual violence and misogyny.
We must show greater solidarity with survivors, advocates and women’s rights defenders. And we must promote women’s rights and equal opportunities.

Together, we can – and must — end rape and sexual assault of all kinds.