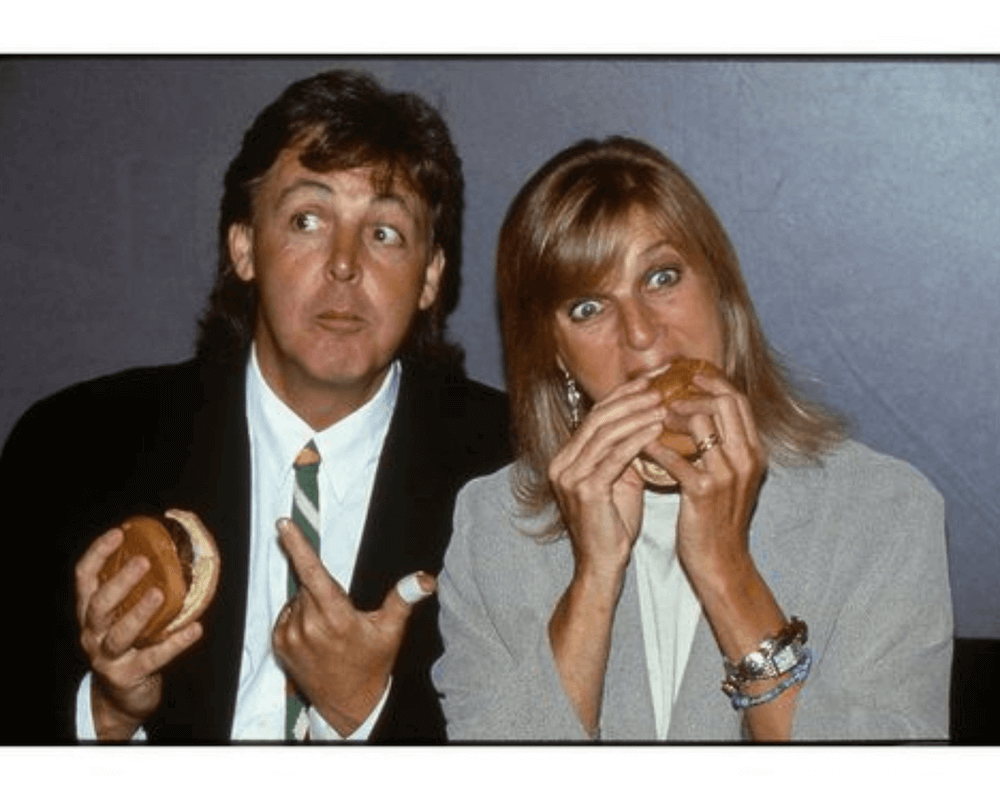 A vegetarianism and animal advocate, Linda McCartney — who passed away from breast cancer in 1998 — launched her own vegetarian food range in the ’70s. Now, Linda McCartney’s “Family Kitchen” showcases her legacy.

“Years ago, before anyone had woken up to the idea of environmental and health and animal welfare issues, Linda was blazing the trail with vegetarianism, telling people about it and promoting it,” Paul McCartney said.

“In the book there are family photographs and stories from those days, and of course lots of great, beautiful-tasting healthy recipes,” McCartney said. “So I hope this book inspires conversations about sustainability and about modern living amongst people besides also just giving them some great recipes to eat.”

A collection of more than 90 simple, fresh and inventive plant-based recipes, the book updates traditionally meat-based meals. These include shepherd’s pie, chili non-carne, “sausage” rolls, and “American-style” pancakes. The “Hey Jude” singer said, “At home, she would cook for the family and these recipes have been now brought up to date for a modern audience, so they’re all now plant-based and fabulous.”

In addition, McCartney and his daughters offer up their own take on their favourite dishes such as pulled jackfruit burgers, pad Thai and crunchy pecan cookies. As well as recipes, the cookbook also features highly personal anecdotes and images from the family home in East Sussex, England.

The cookbook represents another strand in the McCartney’s arsenal of pro-plant initiatives. The the family launched Meat Free Monday (MFM) in 2009. This encouraged people to cut meat from their diets one step at a time. According to the MFM website, by adopting one meat free day every week for a year, an individual can reduce greenhouse gas emissions by an equivalent of a car trip from London to Edinburgh.

The book launch supports the first ever cross-industry marketing drive for MFM. Commenting on the campaign, McCartney said, “We have a climate emergency on our hands, and we all want to make a difference. But it’s often hard to know where to start.  It’s been a tough year, with lots of sadness, anxiety and uncertainty. But as we look ahead to things getting back to normal, now is a good time to plan for a greener, more sustainable future. Eating plant based can make a big difference. Why not start with a Meat Free Monday and take it from there?”

The influence of Linda’s animal advocacy can also be seen in both daughters’ professional lives. Stella McCartney has always been at the forefront of the vegan clothing movement. Her most sustainable kids collection yet – “Best Friends Fur-ever” – just launched for SS21. As a vegetarian company,  none of its products are tested on animals. Even COTY produce  (as a licensee of Stella McCartney beauty products) is 100% vegan. Since the 2013 PETA campaign, which highlighted the plight of angora rabbits, all clothing has been angora-free. Plus, the designer has chosen not to sell fragrances in China where government regulations require animal testing. None of its cotton comes from Uzbekistan, Syrian, Turkmenistan,  countries that are considered high risk for child labour. Instead, organic cotton is used, with its better supply chains and livelihoods for farmers.

Equally, Stella’s sister Mary is currently showcasing her accessible vegetarian food philosophy with a Discovery cooking show, “Mary McCartney Serves It Up”. In each of the six half-hour episodes, Mary is joined by celebrity friends. Highlights include “Maple Vodka Grilled Peaches” with Kate Hudson, “Meatless Marinara Sub Sandwiches” with Mark Ronson, and “Deluxe Hash Brown Skillet” with Cameron Diaz and Nicole Richie. The photographer-turned-chef says, “I’m honoured to be launching my new show on Discovery’s amazing new streaming service. With the help of a few friends, I want to show that meat free eating can be varied, delicious and accessible to everyone.”