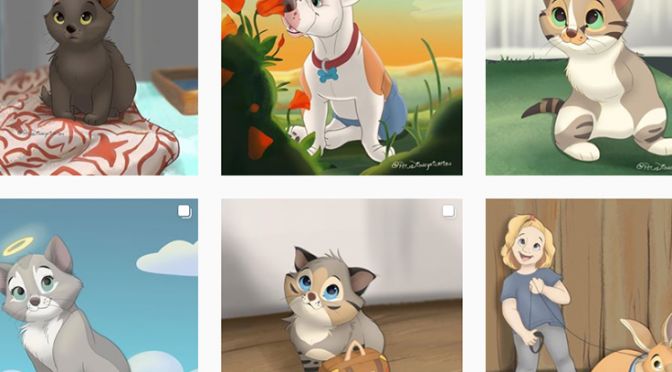 Yes, You Can Get Your Rescue Pets Turned Into Disney Characters

The only thing that could make our pets any cuter is if they looked like Disney characters.

And that’s where Isa Bredt comes in. An illustrator from the Netherlands, Isa has been disney-fying pets since 2014, although she only went full time as a pet illustrator on commissions in 2019.

Her Instagram feed – @pet_disneyfication – has over 285,000 followers and continues to grow. It’s easy to see why!

‘Honestly, I don’t know if it’s 100% the “Disney style”,’ Isa said during an Instagram Q&A. ‘There’s always a bit of my own thing mixed in and I’m okay with that. But it took quite some time and practice – I’d say a few years – to be able to cartoonise animals. The think is that in order to stylise something you need to study realism as well.’

Isa said that she starts by picking out a distinctive feature that brings the pet’s character to life. Then she sets to work on the bespoke illustrations, often working 6-7 hours a day.

‘I look at a pictures [of the pet] first,’ Isa told Mary-Jane Wiltsher in Tyla. ‘To see how the body, tail, face and markings look, so I have an idea what an animal looks like from most angles. I try to find things that make a pet special, like a certain expression or pose, or if they’ve got really big eyes or a small nose. That sort of thing. I draw in Photoshop on a wacom 22hd.’

Her Instagram feed is full of cats and dogs, with the occasional bunny, squirrel, mini pony and even a goat! She told her followers that her favourite animal is a fox, so it’s no surprise to see one of our favourite foxes – @juniperfoxx – in the mix.

One of her recent projects is a weekly drawing of a pet that is in need of a new home. It’s such a lovely way to use her art on behalf of pets who need some extra love and support.

Her commissions are currently closed, but she’ll be back in September. Make sure you follow Isa on Instagram to get an update on when the list will open.