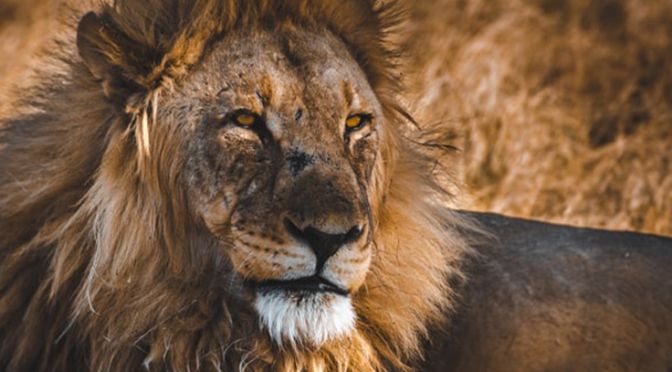 Introducing Margot Raggett, the photographer behind the Remembering Wildlife books

Life in the Maasai Mara can be tough, both for people and for animals, and the threat facing an ever decreasing number of lions is complex. Through this beautiful film, and our partnership with Remembering Wildlife, our aim is to understand the implications of how animals and people coexist.

Such was the success that Remembering Rhinos was quickly announced and launched in 2017, once again to critical acclaim. Remembering Great Apes, the third book in the series, was published on 15th October 2018 featuring images donated by 72 photographers. So far, the first three books have now raised more than £460,000 for conservation projects and have attracted international celebrity support from the likes of Russell Crowe, Ellen DeGeneres and Pierce Brosnan.

On January 1st 2019, it was announced that the next book in the series will be Remembering Lions and this will be published on 14th October 2019. Go to www.rememberingwildlife.com for more information.

My name is Margo Raggett and I’m the founder of the remembering wildlife series of charity books. It all started for me four years ago out here in Kenya where I saw a poached elephant and I was so angry what I’d seen. I wanted to try and channel that anger into something more positive. So the idea of a book series was born. And that first book was on elephants and it was called Remembering elephants.

I started asking other wildlife photographers if they would donate their images for a book. And the idea was to produce the most beautiful book on a species ever seen. Remembering elephants came out and had such great success that quickly followed with remembering rhinos and remembering great apes. And now in 2019 I’m producing remembering lions.

So I’m back out here in Kenya right now to research about lions the threats that they’re facing and also some of the projects that are working very hard to protect this beautiful species.

Lions are very misunderstood. People think that they’re not in trouble because they’re easy to see when you come out to somewhere like this in the Maasai Mara but actually their numbers are dropping dramatically. There are only around 20,000 lions we think last in the wild in Africa now. And the threats are varied to them.

So the more high profile threats and the ones that we may be here about range from hunting through to trophies. So that pelts body parts are sold on the black market but actually human conflict is the biggest threat to lions particularly in this area.

Lions get caught up in conflict directly with humans particularly around livestock. When people have their cattle and sheep and goats and Lions come into the area and maybe take some of those, then the humans want to actually retaliate.

David Aruasa – Head of Tourism Mara Triangle: We have no fence. So the Lions move from the reserve or the Mara tangle to the community. Basically during those periods when we have long grasses inside the reserve, that is when now inside their community you find now where the grass is very low and the animals like Zebra and the Impala and the Topis like moving to those areas and the Lions follow them.

So during that period now you will find that now the cattle are not like the wild animals. They are not so alert about the lions and you find them they are attacking the cattle. The cows for the Maasai is like a bank for them.

It’s like they have to sell it to make their living so it’s everything for them. So when you take them they feel so pain about it and also because of the tradition. When you kill a lion you are so brave. So many people now respect you so that’s how they have… that’s the relationship between the Maasai and the lion.

Margot Raggett: Retaliation can take many forms. So sometimes it’s a poisoning of caucuses which not only affects the lions that then come in and eat that but also the whole ecosystem. So we hear stories of vultures and other creatures also dying from poison carcasses. It can also be from Spears as well.

David Aruasa – Head of Tourism Mara Triangle: For their poaching activities that it happens because when you set a wire sneer, it is indiscriminate it cannot just focus on a certain animal, so it can catch a leopard it can catch a lion it can catch an elephant I catch the wild beast, so the use the wire snare is very difficult to manage and it kills any other any other any animal.

Margot Raggett: Traditional Bomas which is a fence area where livestock is kept, they’re really not sturdy enough and we saw that earlier today. So putting reinforced Bomas in that are safe for livestock is one method that many projects are doing to try and stop and mitigate that human wildlife conflict.

Felix Musaku – Anne K Taylor Fund: We are just at the edge of the park and the first thing what happened is that when the Lions gets out of the park. These are the fasted to Bomas that the Lions make their fastest stop. Then you get predation, the sheep and goats gets attacked and their Hyenas follow after the Lions have stricked. There was a lot of predation that was going on because they are committed to doing traditional Bomas enclosures, which are not sustainable. And since as we started doing these new modern enclosures it has really helped the community. We have now a big chain link and a metal corners and treated posts which is very strong. And it’s very effective. Lions and leopards, hyenas and the rest cannot penetrate.

Margot Raggett: Other methods or things like flashing lights, lion lights which actually flash at night and fools the cats into thinking that there are humans around.

David Mascal – Lion Lights: As far as predators are concerned it’s an optical illusion. It gives the impression because they’re flashing, that there’s movement of people like having watchmen moving around the Boma so they stay away. All the big nocturnal predators, in particular lion and leopard, are very very shy of people. And this flashing light implies there are people here they’re walking around this Boma protecting it. So let’s stay away, they go somewhere else. But one of the interesting things that we’ve noticed also is that where you have a series of Bomas say in a five square kilometer radius might have maybe several Bomas all the big predators stay clear of that area. Okay so you don’t have to every single Boma. It helps the more you got, but they stay clear, they don’t like it.

Margot Raggett: We’ve been driving around the Maasai Mara and the beautiful Maasai Mara all day today looking for lions. And finally we found a pair here. They’re a male and a female and they’re in what’s known as honeymoon which means they’re mating and they will stay together and be meeting for two or three days now, so it’s a real treat to find them and this time of year it’s particularly hard to find them you can see how long the grass is around us so the Lions can really disappear into them. But it’s a special treat just to actually see the lions in the wild. And for all of us to understand what it is we could lose if we don’t protect this magnificent species. Happily, this lioness is obliging us by coming up onto the mound. We’ve walked alongside lions for millions of years on this planet and what a tragedy it would be if they weren’t here in a few years’ time because we didn’t do something now.

Thank you to Margot Raggett for letting us join her on the journey.