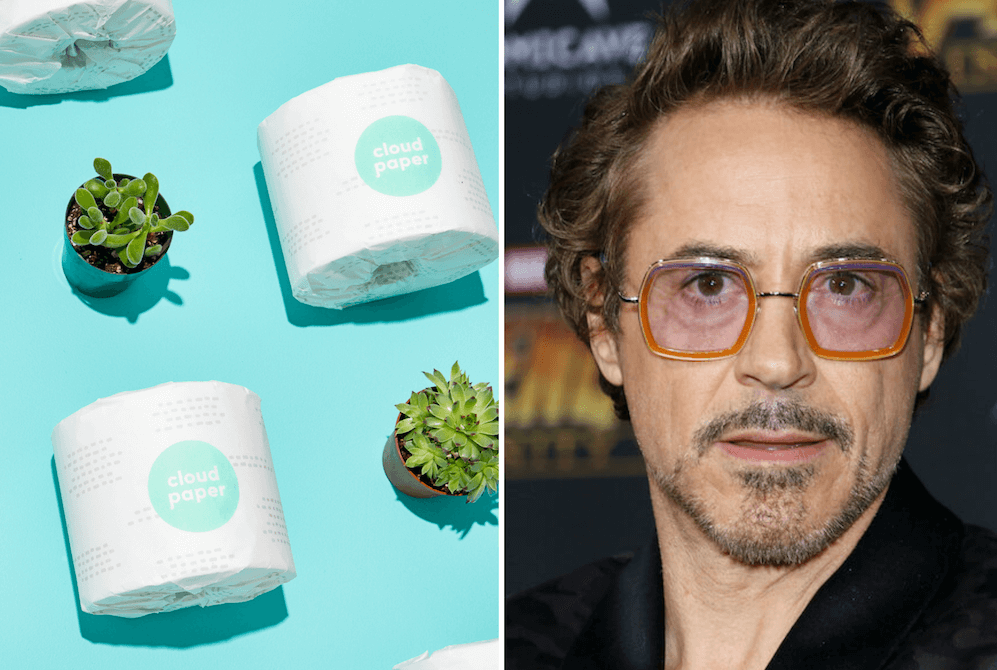 The Footprint Coalition investor is really excited about sustainable bathroom tissue. And you should be too.

Iron Man star Robert Downey Jr. is an investor in Cloud Paper, a sustainable toilet paper made out of renewable bamboo instead of virgin tree pulp.

Downey Jr. announced the creation of his sustainable investment fund, the FootPrint Coalition in 2019; Cloud Paper became one of the fund’s investments last year. The Seattle-based brand has caught the attention of a roster of A-list celebrity investors, including Iron Man co-star and Goop founder Gwyneth Paltrow, Shark Tank investor Mark Cuban, and actor Ashton Kutcher. To date, their investments into the startup total more than $3 million.

In a video released by FootPrint last fall, Downey Jr. asks viewers if they know that the average person uses 50 pounds of toilet paper every year. “That means we flush one Central Park’s worth of paper down the toilet every day,” he says. “Toilet paper and paper towels contribute to 20 percent of global deforestation.” That’s the equivalent of 40,000 trees being cut down every day. “I mean, doesn’t that just sound wrong? Why don’t we change that up? With bamboo,” he says.

Toilet paper is a big problem for the planet, contributing to the loss of virgin trees, like Canada’s vital boreal forests.

Cloud Paper says it is a company on a mission “to end deforestation from traditional paper products,” according to CEO and founder Ryan Fritsch.

The former poli-sci student was driven to do something better for the planet when he realized how something as simple as toilet paper could make a difference.

Cloud Paper has now expanded its offerings to include sustainable bamboo paper towels.

Bamboo not only keeps old-growth trees in the ground, but it sequesters more CO2 than any other plant; it also produces 35 percent more oxygen than other plants.

But for Iron Man, there’s another important reason to make the switch.

“And, of course, it feels great,” Downey Jr. says. “I don’t have any stats for that one, but trust me. I know what I’m talking about.”

Cloud Paper is now taking pre-orders for 12-packs of the paper towels.