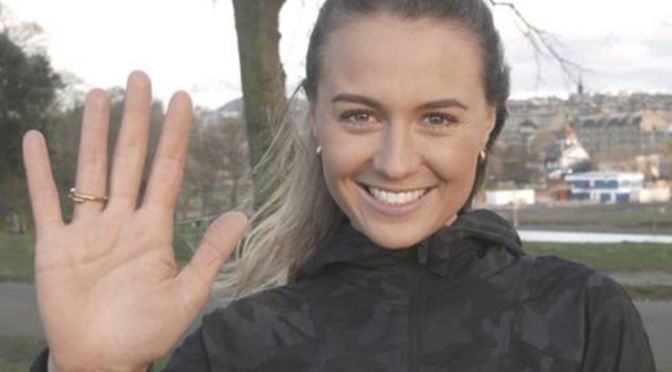 Olivia Strong, a 27-year-old, was out for her daily allotted exercise in Edinburgh when an idea struck her. Knowing the positive impact of exercise on both physical and mental health, she came up with an idea to encourage people to run, walk or cycle 5k, donate £5 to NHS Charities and then nominate five friends to do the same.

She didn’t for a moment imagine that the likes of David Beckham, Ellie Goulding and Princess Eugenie would take up the gauntlet and before she knew it, the campaign had raised over £4 million.

Inspired by junior doctor friends, Olivia wanted to do something to make a small difference.

‘I ran back home, set up an Instagram account…and sent it out to family and friends. Then ‘Run For Heroes‘ was born.’

The campaign has now spread to all four corners of the world, catching on in Sydney, Dubai and Hong Kong.

But I think all of us that are working on the campaign right now are really happy to see where it has gotten so far so anything else would just be a bonus.’

You can donate to Run For Heroes here and don’t forget to tag your social posts with #RunForHeroes to join in the movement.