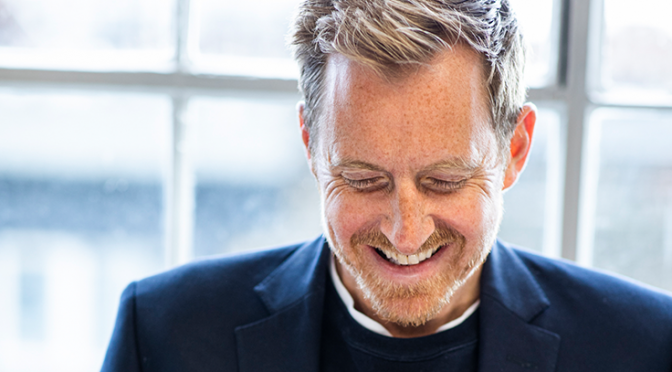 Culture & Celebrity
21st May 2020 By: The Planet Shine
SHARE

Just want the audio?
Listen to Sam Conniff’s conversation on Lessons From Lockdown: The Podcast

Most people don’t want to go back to normal; 60-odd percent of people would rather continue to go through periods of difficulty if the outcome is that we are better than we were.

People are enjoying what they’re terming the slowness; digging deeper it’s people finding the gear they’re supposed to be working at outside of the productivity addiction we all have.

Life is a roller coaster – full of ups and downs. Stability is the place you recharge, not necessarily where you learn. It’s in the volatility that we learn.

We have unjust and anachronistic systems and the chances of fixing the large institutions of our world – justice or health or education or democracy – is small; the best focus would be to design the ‘what next’.

The questions we should be exploring: what would you regret the most losing, or what would you most like to see of the old normal continue into the new normal? Is there anything you’re that passionate about? Or what’s happened in this new period that is so promising that you’d want to carry on?

‘We lived many lives in those whirling campaigns, never sparing ourselves: yet when the new world dawned, the old men came out again and took our victory to re-make in the likeness of the former world they knew.’
– TS Lawrence, on the Paris Agreement 1919

Sam’s career began earlier than most. In his teens, he ran nightclubs and managed bands across south London—an occupation that eventually evolved into his first start-up, the now Bafta-winning content agency Don’t Panic. Avoiding death threats and near-bankruptcy in his early twenties, Sam went on to co-found Livity, the first-of-its-kind ethical marketing agency, that today serves as an international youth network. While transforming the lives of thousands of young people, Livity has created award-winning campaigns and content for world-class clients ranging from Netflix to PlayStation.

Along the way, Sam reinvented television when he produced the world’s first multi-platform interactive TV show, Dubplate Drama; repurposed publishing when he created a UK-wide by-young-people-for-young-people publication and platform called Live Magazine; reimagined opportunity when he helped establish a national space-brokering service that matches young people with underused spaces; and re-energised politics when he sparked an overnight movement to give hundreds of thousands of young people a voice in the wake of the 2016 referendum.

Most recently, Sam has become a best-selling author with his first book Be More Pirate, Or How To Take On The World And Win, published by Penguin Random House in the UK, Simon & Schuster in the US and various other publishers around the world. Be More Pirate has grown an international community around Sam’s ethos of ‘Professional Rule-Breaking’ as the next essential 21st Century Skill, and the only way left to ‘get shit done.’

Today, through his consulting work for Red Bull, Rolex and Mercedes, and proceeds from the Be More Pirate workshops he leads for big brands like Lego, Sony and Lufthansa, Sam helps fund the growing movement of thousands of pirates rewriting the rules of work.

Sam is a father to two girls, Scarlett and Frida, who he lives with in south London.