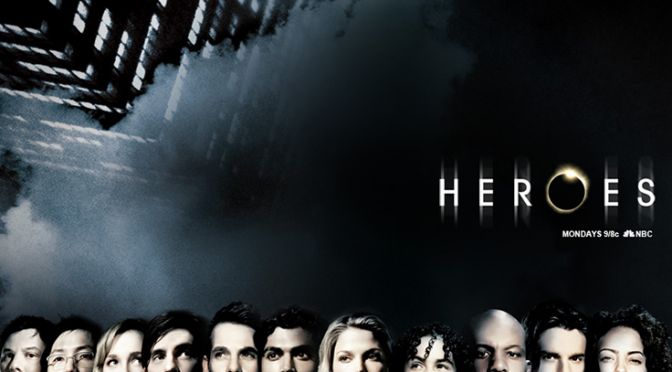 ‘Save the Cheerleader, Save the World.’

With the news Heroes is coming back to our screens, we look at what it might take today to save the world

The iconic line at the end of NBC’s hit show Heroes (season one) is echoing around the Twittersphere with the news that the show will be streaming on BBC’s iPlayer from 2 August.

The 2006 superhero drama – with its roots in science fiction and a comic book narrative structure – follows a group of ordinary people who discover they have extraordinary powers. And it’s only by using those power and working together they have a chance at stopping the catastrophic end of the world.

As 2020 kicks off a decade that feels like the last chance at saving our own world from destruction, it’s only natural to look around for today’s heroes. Ordinary people with extraordinary abilities who can come together to solve the wicked problems facing humanity.

The superpowers in Heroes are standard sci-fi fare, as you would expect: the ability to fly, invisibility, manipulating space-time, reading people’s minds, spontaneously regenerating.

And as cool as all those are, these are some of the superpowers that might be more useful for us today: imagination, resilience, empathy, courage and hope.

So who are today’s heroes?

We’re casting our vote for the scientists and researchers doggedly pursuing solutions on everything from public health to the climate crisis.

For the social justice activists and everyday citizens who showed up to marches across the world.

For the essential workers who have proved every day how necessary they are to a functioning society.

And for us. There’s a role each one of us can play in saving the world.

As Hiro Nakamura urges Peter Petrelli in the subway, ‘This is what you’ve been waiting for. Be the one we need.’

So let’s do it. #SaveTheCheerleader #SaveTheWorld