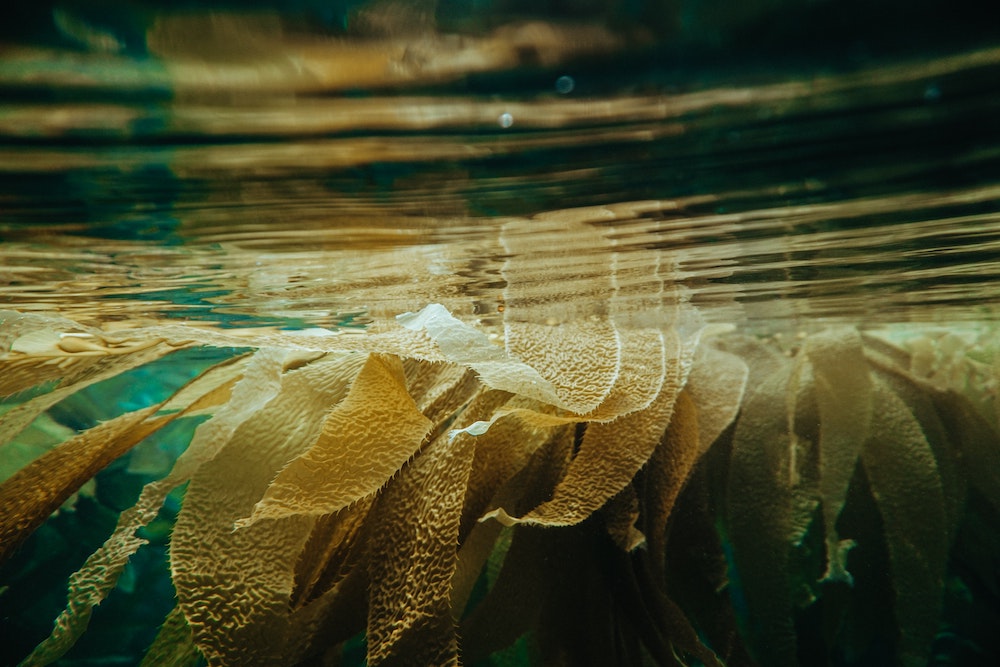 How Seaweed May Save Us All From Climate Change

One of the most important superfoods and superfuels is abundant across the world’s oceans. And it may help us slow global warming.

According to UK supermarket Waitrose, seaweed is set to be this year’s superfood. Searches for the ingredient are up 141%. Additionally, unlike some fad-driven food trends, seaweed packs a substantial punch in terms of nutrition.

Not only is it a rich source of vitamins and minerals, but it also contains antioxidants. It’s a good source of omega-3 fatty acids, as well as calcium and amino acids. As well as this, it provides fibre, plus iodine and tyrosine, both of which support thyroid function. There is evidence that it may also support gut health, protect against heart disease, and assist with weight control.

There’s an instant gratification benefit too — seaweed can add that oft-sought umami to a dish. Depending on how it’s prepared, it can provide a tantalising crispiness. Alternatively, it can add an earthy, salty, or even unctuous appeal.

Even the livestock industry seems to want to get in the seaweed craze. Researchers in Australia have discovered that Asparagopsis taxiformis, a red seaweed that grows in the tropical climate of Queensland, can reduce cow methane emissions. Moreover, it only takes a small amount of the substance to have a big impact.

Methane is a big problem. It’s more potent than CO2, meaning less of it can do more damage.

Future Feed, a company affiliated with CSIRO (Australia’s National science and research agency) has developed seaweed-based feed. Its work has won the Food Planet Prize, worth AU$1 million. The company plan to use it to help First Nations to establish, as well as maintain, their own seaweed farms.

Of course, it’s good news that researchers and manufacturers are working to lessen the impact of the world’s approximately 1.5 billion cows. Estimates say that this livestock creates around 15 percent of the world’s greenhouse gas emissions. Furthermore, figures indicate that a cow and a car are, when it comes to emissions, on equal footing. The relatively small amount of red seaweed required to make a difference is also quite extraordinary: adding less than 1 percent to cattle feed may cut their methane emissions by as much as 98 percent.

But if seaweed is so beneficial, it begs the question: why not just cultivate more seaweed for human consumption and leave the cows out of it?

The potential for seaweed, both as a source of food and fuel, has been a point of discussion for several years. It is fast-growing, and therefore more sustainable than other crops. Manufacturers are also, increasingly, using it to create alternatives to plastic packaging, as well as to thicken toiletries and cosmetics.

So why not cut out the middle man? Or cow, as the case may be. Prized and farmed in Asia, where its nutritional and health benefits have been long-recognised, seaweed is a dietary staple. A 25-year-long study showed that Okinawans include seaweed in their seven daily portions of fruit and vegetables. This group ofJapanese people is more than twice as likely to live to, or beyond, the age of 100 than other people. Even the average lifespan, 81.2 years, exceeds the Western average by five years. Additionally, they are 80 percent less likely to suffer from heart disease. Seaweed is not necessarily solely responsible for this — but it seems safe to assume that it plays a part.

From its early days as a foraged ingredient, Asian countries have cultivated seaweed since the 1940s. Seaweed production has boomed since then: between 2005 and 2015 alone, volumes have doubled, with more than 30 million tonnes produced annually. Japan, China and Korea were, as of 2016, responsible for more than half of global seaweed production and only a small percentage originates from outside of Asia. Yet, as the Australian example demonstrates, the substance can readily be grown elsewhere. Nor is it only warm, tropical waters that are suitable for its cultivation. For example, the waters around the Faroe Islands are typically between 6C and 11C. Nevertheless, they are nutrient-rich and, as such, used as a seaweed cultivation site.

Reducing the methane associated with cows is a positive step. However, to focus on this and to imply that reduced emissions will legitimise the beef industry is surely dangerous. What about the fact that the Amazon has lost large swathes of land to farmers in search of grazing land? Or the alarming fact that the production of one kilo of beef requires between 5,000 and 20,000 litres of water to produce, while a kilo of wheat requires between 500 and 4,000? How about the fact that cows are sentient beings?

By contrast, seaweed, as well as being vegetable matter, is low-maintenance. Once planted, it does not require feed. Nor, of course, does it require water. Additionally, it creates playgrounds for fish and may help to boost population levels. It can also improve water quality, sucking up both nitrogen and phosphorus. In fact, the World Bank Group estimates that, if 50 million tonnes of seaweed can be produced globally by 2050, it will eliminate about a third each of the nitrogen and phosphorus in the ocean. It also reduces ocean acidification by absorbing large quantities of carbon dioxide. Kelp, for example, takes up five times more CO2 than its land-based counterparts.

The upshot? If we’re going to take steps, as is eminently sensible, to boost seaweed production, let’s do it for human consumption. Additionally, let’s do it for the cows — and leave them out of the equation.