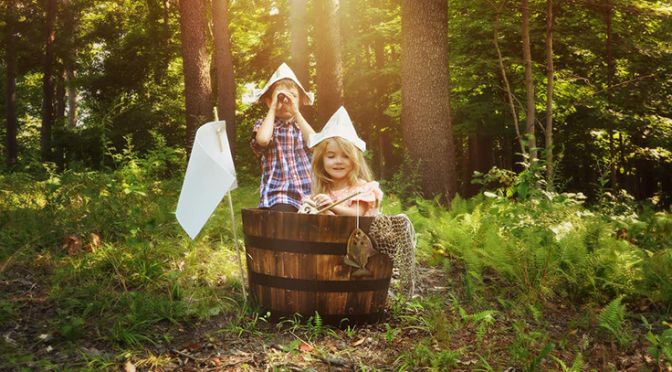 Slow Down and Reflect

‘I am facing 14 days of self isolation and I find the prospect terrifying. Chances are it will continue much longer too, as we may soon face lockdown. But I also wonder whether it may be good for us to slow down and reflect on the human condition. Could this pandemic help us change how we think and act for the better?’ Dan, 44, Southampton

‘They say when trouble comes, close ranks.’ So begins Jean Rhys’s novel Wide Sargasso Sea. When the novel coronavirus started spreading in Europe, my first impulse was to travel home, to Italy, to be with my family. Lesson number one learned from the virus: you remember what matters to you.

Rhys was, of course, talking about racial tensions in colonial times, not families vs other commitments, or humans vs viruses. But she knew that there are good ways and bad ways of closing ranks. It seems to me we are now experiencing both. As a philosopher in lockdown in Piedmont, I am trying to take the opportunity to think about what the outbreak can tell us about ourselves – and our planet.

One way to think about the pandemic is in terms of humanity coming together to fight a natural threat in the form of a virus. I find this thought both inspiring and absurd. The reminder that we are all similarly vulnerable, similarly worried, and that we need concerted action across the globe to address this disease, brings some hope.

On the other hand, while this threat is impersonal, we know that whenever a “we” is formed, there is a “they”.

For Rhys, it was Jamaican natives and African slaves. Today, there are many different forms of “they”, starting broadly with the obscure “other” that is nature – humans versus everything that is neither human nor human-made. This may bring a sense of unity for us, but the same worldview may have enabled the virus in the first place. That’s because one of its manifestations is thinking of non-human animals as objects of consumption – and we know a seafood market is one of the possible sources of the disease.

More broadly, our view of “nature” as radically separate from humanity is arguably to blame for climate change, which scientists have suggested makes it easier for viruses to spread. So perhaps it isn’t enough to broaden our perspectives from the individual to all of humanity to achieve positive change.

If there is one thing philosophy can do quite effectively it is to unearth our implicit, habitual vision of the world and show us what follows. Mary Midgley was a philosopher strikingly capable of imaginative transformation and forward vision. She supported the idea of “Gaia” – the personification of the Earth and one of the Greek primordial deities – and its implications for how we live.

Thinking of life on Earth as a unified, non hierarchical and self-sustaining system, Midgley argued, is not only more realistic, but helps us think of ourselves beyond unapologetic individualism. “Gaia is angry”, I have heard someone say in the context of this pandemic. Some people will laugh at this sentence. Others will be moved to picture the Earth aiming for internal balance.

Back in the “red zones” of Italy, most of us don’t see nor imagine much of this living organism around us. Our immediate problem, in lockdown, is avoiding contagion from another human. We are back in the narrowest of circles: me vs you. In rare outings, each person on your way becomes a threat. If they are careless and walk too close to you, you feel anger. Others are not friends when you fear for your health. Yet, thinking about how we used to ignore each other in the streets, this is at least a new form of awareness. We are forced to pay attention to each other.

And sometimes, this attention can take altruistic forms. My aunt, in her 70s, volunteering for the Red Cross to check temperatures in the local hospital, is an example of this. China sending supplies and medical experts to help Italy is another. These cases are received with as much surprise as praise. Generosity seems extraordinary. This is something else I think we should reflect on.

In philosophy, individualism is closely linked with the concept of freedom. As soon as restrictive measures were imposed in Italy, many people felt that their freedom was threatened and started to assert their individuality in various ways. Some disagreed with the necessity of cancelling group gatherings and organised unofficial ones themselves. Others continued to go out and live as they always did.

We often assume that freedom is to do as we choose, and that is contrasted with being told what to do. As long as I am doing what the government tells me, I am not free. I am going out, not because I want to, but because that shows I am free.

But there is another route to freedom, which goes back to some of Midgley’s notions about oneself as part of something larger. If we thought we were part of Gaia, wouldn’t inflicting potential damage to our community feel like self-harm rather than freedom? Here we could think of freedom in the philosopher Immanuel Kant’s way – as choosing what you understand to be right. Or, with Plato, as answering to the pull of what is good. That could mean accepting some discomfort and boredom to protect someone else.

There are worries with taking a broader perspective though. One is that it may ignore individuals. Some environmentalists claim to dislike humans from the perspective of the whole planet and the damage we have done to Earth. Perhaps some people welcome or at least accept pandemics for that reason. Yet if we place ourselves closer to individual suffering, we may struggle to keep that view: the director of a hospital ward in Lombardy nearly broke down when interviewed on TV, talking about the deaths he witnesses, relentlessly, every day.

Can the two perspectives, being part of the whole and caring for individuals, be reconciled? Sometimes this possibility runs up against conflicting interests and resistance. Sometimes it does not: we have, with a smile, seen pictures of dolphins reclaiming the waters near the port of Cagliari, Sardinia, and shoals of tiny of fish glittering under the sun in Venice’s canals. We don’t have to die for such things to happen. But we do have to significantly rethink our lifestyle and our role within the planet.

For someone like me, quarantine may not be a huge sacrifice. Not facing the pressure to be sociable, productive and successful actually brings some relief. But as I was writing this, a loud clapping started in the street. I opened the window and remembered that there was a general ovation planned for twelve o’clock to show appreciation for each other’s sacrifice for not going out. On the balcony opposite mine, a small elderly lady was enthusiastically clapping, leaning forward, smiling and waving at us. Staying in can truly be a sacrifice if you live alone.

I hope isolation and lockdown can also be an opportunity for reflection and change. These thoughts about who we are as individuals and as parts of a large, wonderful web of life are my two cents.

On the packages from China containing protective masks, they wrote: “We are waves of the same sea, leaves of the same tree, flowers of the same garden.” These words were written by the Roman philosopher Seneca, but they could be from Midgley. In another context, it would sound sentimental. Now we can take it at face value. If that is what we are – if we can think of ourselves that way — what follows from it? If the lockdown helps us to think about the answer, we may have gained something from it.