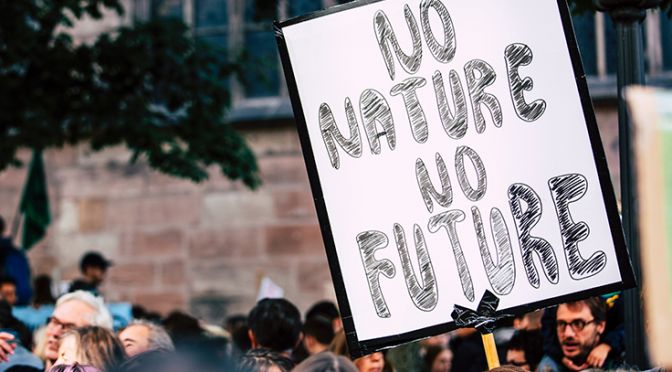 The only way to make progress on the climate crisis is through more – and better – democracy.

Democracy as a concept has been self-liberating for generations. It has given humans distinct personal freedoms enshrined in the Magna Carta – freedom of religion and political rights, established rights to vote and be voted for. Democracy – in its best form – gives every human freedoms: religious, political, economic and social.

Over the years, democracy has been used to fight against religious extremism, racism, communism and other violations of human rights. This is because it has focused on human beings. The modern concept of democracy has always revolved around ‘humans’ or simply ‘the people’.

What we need now is a modern concept of democracy that can fight environmental crises too, not just the human crises. We’re calling this the green democracy.

And it is this I have been advocating for in my writing and videos because it is a necessary requirement for a green recovery that will sustain the success of democracy thus far.

In Africa where I am from, especially West Africa, climate change is leading to conflicts – and it can lead to war. We have seen various environmental crises in Africa ranging from the Niger-Delta pollution, farmer-herdsmen crises, armed banditry and the rise of Boko Haram in the Lake Chad basin.

The Climate Crisis Is Here

We also know that climate-driven environmental crises – such as drought – have brought pressure on the urban and rural areas in Syria and Yemen thereby increasing inequality. Subsequently, the River Nile – the slow-moving and first source of water on earth – is faced with huge demands from three countries in order to meet rising populations that lack basic utilities for survival.

The climate crisis is here with us and we will have to adapt to it or try to mitigate the effects. It is preferable to choose the latter.

In this century, we are in a changing world that is prone to pandemics, cyclones, environmental disasters and other forms of uncertainties, all induced by climate change. For so long, man has been at war with nature. This has a negative effects on our green spaces, triggering a feedback mechanism of food insecurity, climate migration and other insecurity crises.

Insecurity of any kind limits the rights of people toward a democratic lifestyle.

Today we are seeing tens of thousands of young people marching on the street to demand environmental justice, fighting for a livable planet. This is not how it should be.

At this point, it is necessary that we ask questions about why we are bailing out polluters that are making millions of people poor and more vulnerable to internal and external threats. Why do we have a carbon tax to bail out polluters? This form of climate action gives polluters liberty – a free pass – toward the environment.

A green democracy calls for a systems change that will strike equality between the people and the environment. The environment helps sustain the rights of the people as the people’s rights are protected through governance.

The concept of a green democracy is all-encompassing which includes both people and environment. In our contemporary world, democracy cannot be viewed in only one direction, or else it may be viewed by many that, ‘tackling climate change requires the suspension of democracy itself’.

The truth remains that tackling societal issues needs true democracy and that is why I agree with the statement that, ‘to tackle the climate crisis, we need more – and better – democracy, not less.’

We need political will and the people’s will in order to gain support for far-reaching climate action. We have many deadlines to meet in deciding the future of humanity on earth.

Climate change is adversely affecting people, consuming the world’s vegetation and rendering wildlife homeless around the world. And it will take a green democracy to provide a lasting solution. A democracy that does not include the voice of the environment will fail because we need the environment for coexistence.

Oladosu Adenike is an ecofeminist and climate justice activist, pioneering the green democracy movement, and a freelance journalist. [email protected]