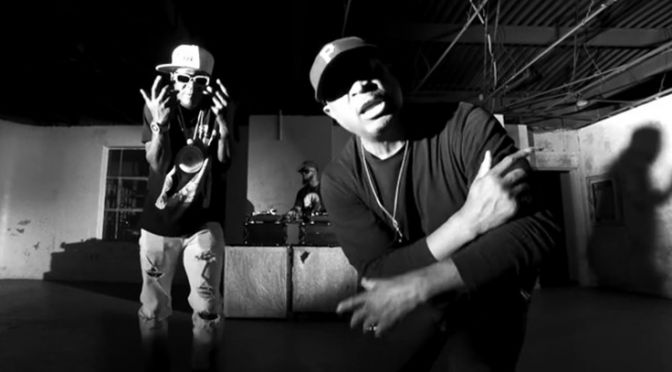 As protests have swept the world after the murder of George Floyd, a number of artists are capturing the mood of the movement in music

Public Enemy. H.E.R. The Killers. Meek Mill. Trey Songz – these are just a few of the artists that have recently released songs of protest. These songs address the pain and anger at the ‘racism, injustice and oppression’ (in Public Enemy’s words) that has brought hundreds of thousands of people out onto the streets around the world, triggered by the murder of George Floyd at the hands of Minneapolis police officer Derek Chauvin and his three colleagues.

And some of the artists are taking on Donald Trump directly through their lyrics, like Public Enemy’s ‘State of the Union (STFU)’.

Speaking about the song, Chuck D told NME: ‘Our collective voices keep getting louder. The rest of the planet is on our side. But it’s not enough to talk about change. You have to show up and demand change. Folks gotta vote like their lives depend on it, ’cause it does.’

During a HeartRadio Living Room Concert Series, H.E.R introduced the song by saying: ‘I want to recognise all of the people across various communities that are promoting justice, equality, peace and passion. We need that unity right now…Music is powerful when it comes to change and when it comes to healing, and that’s why I wrote this song – to make a mark in history.’

Land of the Free, The Killers

Releasing an updated version of their 2019 single ‘Land of the Free’ on Instagram, the song included references to the murder of George Floyd. Touring member Robert Loud said: ‘Let’s break the cycle of racism and injustice by starting inside each of us and those we are close to and also work to spread it out from there until it really is the land of three. There are too many stains on the flag.’

When the original was released in 2019, Brandon Flowers told Beats 1 DJ Zane Lowe: ‘Now more than ever we need optimism…and the community that can happen when people get together to listen to music and share that.’

At the end of this powerful track we hear Mill speaking to CNN’s Michael Smercornish in 2018, saying: ‘I always dreamed to be on CNN to be able to express myself and speak for the voiceless young men of America. The first step I would say: I grew up in America in a ruthless neighbourhood where we are not protected by police, we grew up in ruthless environments, we grew up around murder, you see murder, you see seven people die a week, I think you would probably carry a gun yourself. Would you?’

‘With the words in this song I just wanted to speak to everyone’s hearts and acknowledge the pain and anguish everyone is going through right now. I know this ain’t usually my message and you’re not used to hearing this from me, but this is the person I’ve always been.’