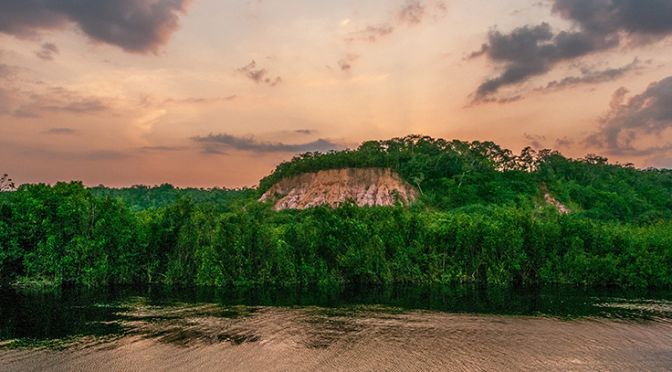 Spending Jeff Bezos’ $10 Billion for the Fight Against Climate Change

How should Jeff Bezos’ $10 billion be spent on the climate? It may not be what you think.

Last February, Amazon founder Jeff Bezos announced his intention to donate $10 billion to address climate change. Commentators have been quick to suggest what to spend that money on, including the usual suspects such as moonshot technology projects (e.g. space-based solar power), a massive global tree-planting campaign, or efforts to reduce his company’s carbon footprint.

Bezos’ climate pledge creates an interesting conundrum. On the one hand, $10 billion is not going to be enough to avert catastrophic global warming on its own. For comparison, the European Union just announced the European Green Deal Investment Plan, through which it plans to mobilize at least €1 trillion in sustainable investments over the next decade.

On the other hand, $10 billion is such an enormous amount of money that not many organizations dedicated to climate action are capable of spending even a fraction of it. Nor is it obvious how the Bezos Earth Fund should be structured, managed, and governed in order to achieve efficiency and scale whilst also avoiding mission drift.

This article explores the first of these questions.

If Bezos is looking for maximum climate impact, the challenge is to find interventions that offer the biggest bang for the buck. Recognizing that climate change is a complex systemic problem, framing the issue in this way means that we need to search for leverage in driving systems change.

One helpful framework to guide this search is Donella Meadow’s Leverage Points concept, especially in its adaptation to sustainability transitions. The framework posits that deep leverage points sit in two domains: system design and system intent.

Our search for leverage also takes place on a geographic dimension. $10 billion is a sizable sum of money but not nearly enough to fund effective interventions around the globe.

In my view, Bezos should exclusively focus on the United States, for two reasons. First, the USA is a laggard in taking climate action and thus has to step up its effort. Second, together with the European Union (cf. Brussels Effect), it could leverage its geopolitical influence and international trade power to pressure other countries into cutting their emissions.

The USA—like all nation-states — is a complex adaptive system. Such systems possess a set of peculiar features we can harness for the task at hand: they self-organize and have built-in feedback loops that can create non-linear behavior beyond certain tipping points. So the key question for the Bezos Earth Fund is this:

Which are the sensitive intervention points in the system we call “United States of America” where $10 billion could trigger a large systemic change that becomes irreversible and where non-linear feedback effects act as amplifiers?

Preventing catastrophic climate change requires a speed of decarbonization at least six times faster than anything the global community has achieved so far. Continuing to work through gradual, incremental changes — such as single-point solutions and technological substitutions — will not be enough to accomplish this goal. Consequently, there are two areas of activity I would not spend Bezos’ money on.

The first is fundamental research and technology development. As I argue elsewhere, climate change is no longer primarily an issue of technology development but one of technology diffusion. We already have most of the building blocks of a more sustainable future — and where technological advancements could produce breakthroughs, the public sector is well-positioned to fund these. The main issue now is how to accelerate the adoption of existing technologies at greater scale and pace.

The second area is early-stage risk capital for clean technology firms. Yes, the complaints that there is not enough venture capital available to bridge the valley of death in cleantech are valid. But there are others already addressing this issue, including Breakthrough Energy Ventures and the European Innovation Council. So the potential for Bezos to create significant additionality in this space is limited.

More importantly, however, throwing money at cleantech start-ups might mitigate the symptoms but not the root causes that carved the valley of death in the first place. To achieve truly catalytic effects, the Bezos Earth Fund should address those structural issues that make early-stage cleantech investments so unattractive compared to other sectors. Once cleantech’s attractiveness is restored, capital markets will self-organize and supply all the capital that’s needed.

So, if those are the places I wouldn’t go, what would I spend $10 billion on?

In Search of Leverage

Meeting the climate challenge will require deep, structural, and irreversible change. This will only be possible if we change the values, rules, and behaviors of society at large.

How do we do that?

One key area of intervention is policy and regulation. Rules are such high-leverage intervention points because they establish the boundary conditions for the behavior of all actors within a system.

There is no shortage of viable, well-designed policy proposals that would lead to the rapid decarbonization of the U.S. economy. The problem is to get them adopted. Climate advocates have been outspent and outsmarted by their fossil fuel adversaries for years. So Bezos could establish the most potent pro-climate lobbying group the world has ever seen. Roughly $1 billion over the next 10 years would be needed to match the fossil fuel lobby’s expenditure in the United States.

To make this effort more effective, I would launch the largest public awareness campaign in the history of the environmental movement. This campaign would leverage the latest knowledge and technology in digital campaigning, including social media bots to spread pro-climate narratives.

Presidential elections provide a clue for how much it takes to influence public opinion. According to Investopedia, Barack Obama and his supporters spent $985.7 million to win his election in 2012. Four years later, Donald Trump spent $450 million and Hillary Clinton $768 million. So spending somewhere in the area of $2 billion over the next 10 years on public climate awareness feels about right.

The greatest spill-over effects are to be gained from changing a society’s values and norms. This is because our aspirations and beliefs are the fundamental determinants of our behavior — particularly how we vote and how we consume. How would I do that?

First, I would launch an arts philanthropy program to bring climate change to the visual arts (painting, photography, sculpting), to literature (fiction, drama, poetry), and to the performing arts (dance, music, theater). The arts can touch the minds and hearts of people like no other form of human expression — and can act as a catalyst for sustainability. $1 billion would be a start, with the intention to use some of that money to crowd-in other arts benefactors.

As part of the cultural intervention portfolio, I would also spend money — another $1 billion — on developing new narratives. Climate change is an opportunity for humanity to renews its understanding of prosperity and reimagine its relationship with the planet it inhabits. The story of sustainability is compelling — but it needs better marketing.

What does a low-carbon, climate-resilient future mean for the average citizen? How does a city center look, sound, smell, and feel like if transportation is electrified and green spaces abound? How can a community dependent on heavy industry find new hope, pride, and identity in manufacturing solar panels and wind farms? How much better will our meals taste if our food is free of antibiotics and pesticides? How can we recast environmental protection as a quintessential conservative issue? Examples of initiatives I would fund include Climate Matters, republicEn, and the Climate Museum.

I would spend the largest portion of Bezos’ commitment — around $5 billion — on cultivating innovation ecosystems capable of convening and catalyzing large communities to innovate for systemic change. These communities would be tasked with designing and implementing portfolios of deliberate and connected innovation experiments spanning economic, political, and social systems. Taking a portfolio approach creates an opportunity to learn fast and create strategic options for follow-on investment, whilst reducing the risk associated with systems transformations.

At EIT Climate-KIC, where I work, we have recently made a strategic pivot the de-emphasize the development of new solutions and focus more on strategies aimed at diffusing existing solutions. We do so through a systems innovation approach that is mission-led, portfolio-based, and community-delivered.

Others have adopted similar strategies. For instance, the mission of the Climate Breakthrough Project is to “find extraordinary strategists and give them the time, space, and resources to create and implement the boldest strategies they can conceive to mitigate climate change.” And the European Union is taking a mission-oriented innovation approach to addressing the bloc’s own set of 21st-century grand challenges.

Victor Hugo famously said that nothing is as powerful as an idea whose time has come. In the fight against climate change, nothing will be as powerful as demonstrating what a low-carbon, climate-resilient, just, and inclusive future looks like. 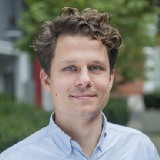