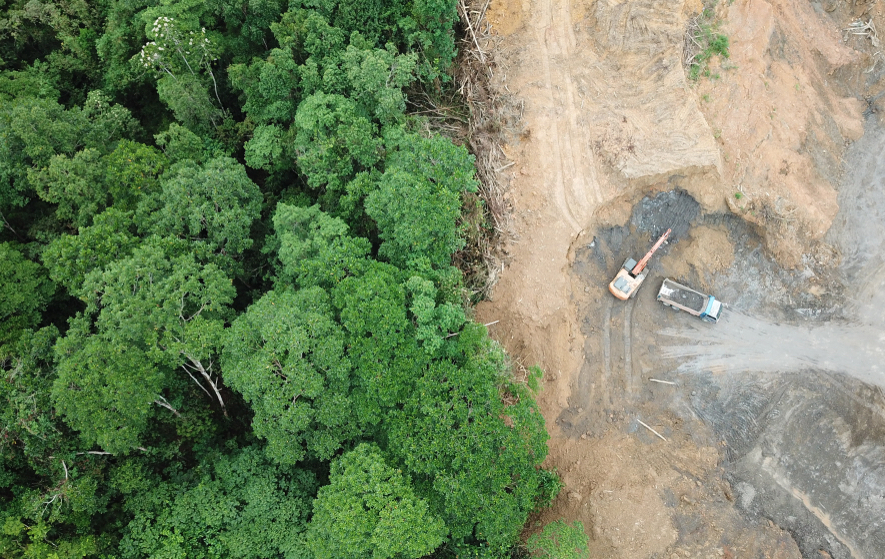 In an open letter from the Retail Soy Group, the supermarket chains urged Brazil’s National Congress to reconsider the legislation. It points to the recurring fires, loss of wildlife habitat, and the role the Amazon plays in curbing climate change.

“It is therefore extremely concerning to see that the same measure we responded to last year is being put forward again as the legislative proposal with potentially even greater threats to the Amazon than before,” the letter said.

“However, if this or other measures that undermine these existing protections become law, we will have no choice but to reconsider our support and use of the Brazilian agricultural commodity supply chain,” the letter warned.

The companies say they’re eager to support sustainable land management in Brazil, but it must be done with Indigenous rights and sustainability in mind.

Cathryn Higgs, head of food policy at the Co-op, said: “The Amazon faces a new threat with legislation that undermines the credibility of environmental protections.

“Its rainforest is essential to planetary health and it’s imperative the proposed legislation isn’t given any airtime by the Brazilian government.

“We are joining forces with environmentally and socially responsible organisations to oppose the measures being put forward. If these new laws are brought in, we will have no choice but to reconsider our support and use of the Brazilian agricultural commodity supply chain.”

Mike Barrett, executive director of science and conservation at WWF-UK, added: “We cannot fight the climate crisis without the Amazon, yet its future hangs in the balance as deforestation pushes it closer to the point of collapse.

“If passed, this vote in the Brazilian Congress will fuel further destruction and place greater risk on the lives of the people and wildlife who call it home.

“As global efforts to protect the Amazon threaten to be undermined, it’s encouraging to see major businesses sounding the alarm.”

Brazil’s president Jair Bolsonaro has come under fire for reversing protections for the Amazon. A recent appeal to the Hague urged that he be tried for ecocide for his failure to protect Indigenous communities that call the forest home. A recent lawsuit filed by 11 Indigenous groups accused French supermarket chain Casino of buying beef linked to deforestation of the Amazon.

“With this lawsuit, we seek to hold the company accountable for the consequences of these impacts and to bring some relief to the reality confronted by our indigenous peoples on their lands,” Luiz Eloy Terena, a leader of Brazil’s Terena people, said in a statement.

2020 was the worst year for Amazon deforestation in a decade, according to the Brazilian Amazon Deforestation Monitoring Program. Last year saw more a loss of more than 4,000 square miles of forest, an increase of 47 percent over 2018, and nine percent over 2019.