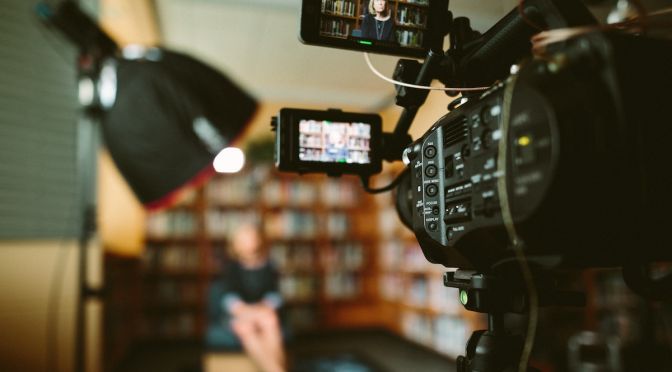 For us, Film is the answer; now what’s the question?

Film – we love it – to the point of obsession. But not all film hits our love mark. Sometimes film can be a dirty word!

With technology accelerating humanity’s ability to have an opinion on anything and everything, and devices with super cameras delivering smart HD film files, allowing us to take a crack at things once reserved for the specialists, everyone’s a creator – everyone’s a crash course collision between Soderbergh, Spielberg & Attenborough these days.

Now when that’s good, it’s amazing – the edges and peripheries of filmmaking energised and elevated by new minds, fresh eyes and fierce passion.

But between the gods and the greats – those seeking to make films that are brilliantly conceived, beautiful written, exquisitely shot – and the great and the good – the mass of raw talent and fresh eyes making every and any piece of film they can as a way of communicating with the world around them – sits a Mordor of filmmaking.

The tsunami of film content out there is expanding at speed. Imagine every organisation, brand and business and their very over-excited communications partners insisting on an explosive content and social campaign fuelled by endless byte-sized pieces of ‘stuff’ pouring into the digital streams, rivers and gullies – all of which empties into the sector and category estuaries until finally arriving at that great big content ocean called the world wide web.

This tsunami should be thrilling. But if you really love good, great and meaningful film, some of the stuff out there calling itself film content is pretty awful. Now don’t get us wrong. We do not believe that every piece of film will have the epic scale of Lawrence of Arabia, or the punk brilliance of MTV shorts, the digital interactive beauty of Carousel or the raw beautiful human revelation of Learning to Skateboard in a War Zone [if you’re a girl].

A lot of film content in the How To/Did You Know/PS/FYI area does what it says on the tin. Seen through a GOOGLE filter of Hero, Hub and Hygiene, a lot of the Hygiene material needs clarity and function to be foremost. And depending on the sector and the objective beyond just artful moving pictures, any film content needs to be fit for purpose.

Here Rachel McClelland, planetSHINE founder, director, producer, animal rights activist and champion of re-wilding unpacks the power of film storytelling with some of her favourite short films pieces of content and documentaries.

OK. I’m going to keep this real. My guilty pleasure starts with a bit of the good old Yorkshire Dales. Yes, you guessed it, I’m an Emmerdale fan! Sometimes (all the time), I simply need easy-to-watch, slightly addictive soap operas to take me away from the stresses of the 21st century. Don’t get me wrong, as a vegan and animal rights activist, I cringe at the farming references but that only reiterates the importance of engaging with and learning about opposite opinions to mine.

Guilty pleasure aside, I cut my production teeth on Twenty Four Hour Party People, Michael Winterbottom’s Palme D’or-nominated masterpiece which became the springboard for my reinvention as a fame and fortune-hunting, Soho House-haunting London girl. A whistle-stop tour of the film and music industries ensued until I had to face up to feelings of impending doom which, for me, meant the realisation that I didn’t just want to make films, I wanted to make films with a conscience.

Skip forward ten years and my wild lifestyle, having caught up with me, dictated my return to another wild. The countryside of Lancashire. Along the way, certain films began to leave an indelible mark on my soul.

Being taken on a journey into a different world; going back in time to the warlords of the Scottish Highlands, sashaying through a wardrobe of (faux) fur coats into the land of Narnia and willing myself to be catapulted into Gotham City, my passion for escapism to better and more magical worlds never ceases to fuel my imagination and daydreams.

But I don’t stop at fantastical celluloid escape. I love a box set binge. I watched all five seasons of Peaky’s in approximately two weeks. Not only that, I began to take leadership pointers from Tommy Shelby. In my defence, he’s a very successful businessman and fiercely loyal to his family and friends. See? There’s inspiration in the strangest of places…

And onto the heart of the matter, documentary…

I must admit, I have to be in the mood to watch a documentary and there are many that I should have watched and that I always plan to watch but never seem to get round to. Above all, I love documentaries that are held together by a story. The personal and death-defying challenge of ‘Free Solo’ and ‘The Summit’ are favourites of mine. I also like Cowspiracy for its positive impact to the animal rights and environmental cause, as well as The Game Changers, but I’m often left feeling that there’s a gap for a more balanced portrayal of the issues.

The planet is at such a critical point that we need to find ways to engage the masses and to be inclusive and respectful of people from all backgrounds and cultures. That’s where planetSHINE intends to step in.

Above all, I love films with a message. Messages of hope and inspiration seem to be few and far between these days. Aside, that is, from the sanctimonious memes which flood social channels and which are spouted by millions of do-gooders, leading me to mutter ‘oh fuck off’ to myself like a grumpy old man.

Admittedly, I’ve been known to share a few, the most recent of which I pinched from Fun Loving Criminal, Huey, which simply said; ‘Rule number 1. Fuck what they think.’ Exactly. Okay some memes are to the point and pretty cool but can everyone PLEASE stop sharing advice and telling me how to live my life. And there is a case in point; factual film, in my humble opinion, should be non-partisan – balanced and non-judgmental and certainly not preachy! That, along with being solutions-focused, is a key focus of our editorial strategy.

Making such films is a truly wonderful experience and most recently, a standout project for me was a film that we shot about the Rowdy Girl Sanctuary in Texas. I can honestly say that the day I spent there was one of the best days of my life.

The story of how fourth-generation cattle rancher, Tommy Sonnen and his wife, Renée, decided that they’d had enough of sending their friends to slaughter for money, and negatively impacting the environment, struck a chord with me. Their bravery in the face of Texan adversity proves that each of us can change our lives and make a difference, not to mention making the right choices ethically and morally.

Film is by far the most powerful of mediums at our fingertips. In the wrong hands, it can sometimes be sinister and manipulative but when used for good, it can be completely and utterly bewitching.

If you have a film project you’d like to speak with us about, start the conversation at [email protected]