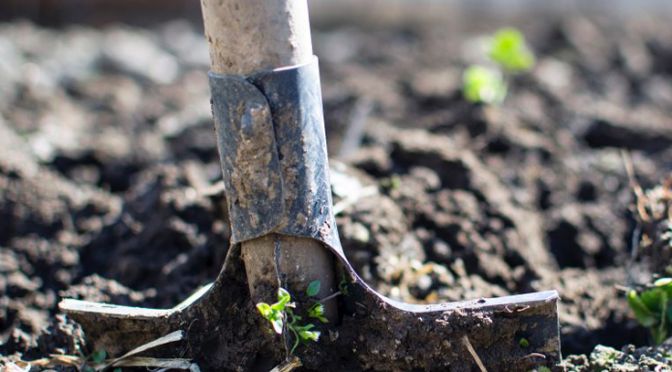 Let’s go back a few hundred years to a time when land wasn’t a commodity and wasn’t owned by anyone. In 1700’s England, a legal process, that had begun much earlier in the 1200’s, known as enclosure took place. What this meant, in essence, was that a number of smallholdings would be enclosed to form one large farm to be owned privately by one wealthy individual. This took place all over England and, as a result, most of the country’s medieval land was lost. Prior to enclosure, land was known as commons and could be used by anyone (for subsistence farming etc). It was a fair and ‘co-operative’ way of existence until, that is, enclosure created a landless working class.

Enclosure has been cited as a case of ‘class robbery’ and, although the working class was needed to drive the success of technological advancements and the subsequent Industrial Revolution, it makes me wonder how the bourgeoisie ‘got away with it’ and also encourages me to ponder over the impact that enclosure has had on an increasingly unethical world that is so preoccupied by the pursuit of wealth.

“Stop to consider how the so-called owners of the land got hold of it. They simply seized it by force, afterwards hiring lawyers to provide them with title-deeds. In the case of the enclosure of the common lands, which was going on from about 1600 to 1850, the land-grabbers did not even have the excuse of being foreign conquerors; they were quite frankly taking the heritage of their own countrymen, upon no sort of pretext except that they had the power to do so.” George Orwell, “As I Please”, Tribune 18th August 1944

Economic democracy is defined as a socioeconomic philosophy that proposes to shift decision-making power from corporate shareholders – the landowners, to a larger group of public stakeholders – the workers. After all, how can ‘property rights law’ be applied to nature’s resources when they were offered to all of us for free?

I believe that with some ‘people power’ and positive collaboration we can each begin to take advantage of the ethical revolution and in doing so, begin a return to the simpler ways of life whereby everyone has an equal opportunity to succeed and live ethically. Surely having learnt from the past and how our forefathers struggled to survive via subsistence farming, we could adopt new, ethical technologies and innovations to return, more successfully, to a new and improved version of this life?

Now I’m not suggesting that we start a rebellion in an attempt to reclaim the land but perhaps we could think about co-operative economics and maybe, just maybe, if we each begin living ethically, our movement could really instigate the change that would protect and sustain our beautiful gift, the earth.