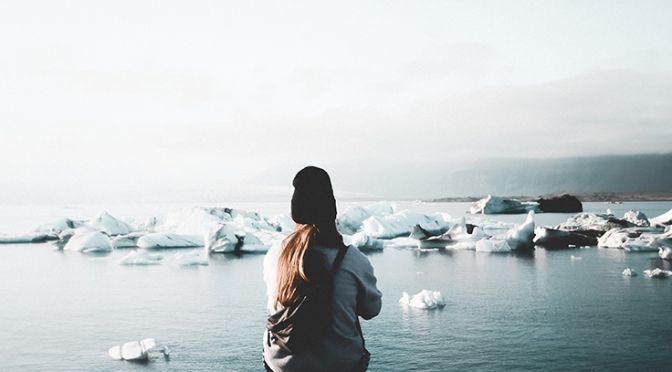 The Language of Climate Change

In the past, it consisted of a fully fledged denial of any scientific evidence that the world was warming. More recently, it has evolved into a creative mix of strategies.

Deniers today often contradict part of the scientific basis for climate change, while pinning the blame for the rest – anything completely undeniable, even to them – on developing countries, particularly India and China.

Over the past few weeks, a new figure has emerged: Naomi Seibt. Seibt, the so-called anti-Greta Thunberg, a 19-year-old from Münster in Germany, rapidly gained media attention for her call for “climate realism”, claiming that climate change science really is not science at all, and for this reason, there is no need to panic.

The young activist immediately caught the eye of the lively US denier scene and was – just months after publishing her first YouTube video – invited to speak at the high-profile Conservative Political Action Conference 2020 (CPAC) and made a member of the Heartland Institute, a thinktank known for its ties to the fossil-fuel industry.

As an academic who researches climate disinformation strategies, I found her sudden emergence very interesting. Combing through Seibst’s speeches available online, I had a chance to analyse her own style of denial, coming across a number of cliched “skeptical” arguments that have been repeatedly debunked in the past.

What was perhaps most interesting, was her use of a recurrent argument on the supposed “historical rebranding” of climate change. The theory goes as follows: in the past, everyone used the term global warming to describe this phenomenon, but seeing that the planet was, in fact, not heating, global warming was “rebranded” to climate change in a sophisticated cover-up.

Clearly, this hypothesis is flawed, as the Earth is unequivocally warming. Despite this, the idea appears to be widely held in the denialist scene – to take one prominent example, Donald Trump tweeted it more than 20 times in the two years before he became president.

So, was there really a conspiracy to rebrand climate change?

To find out whether there is some truth underlying the “rebranding theory”, I analysed 30 years (1990-2019) of data containing the terms global warming and climate change from five sources: the academic literature repositories Scopus and Web of Science, the British newspapers The Times and The Guardian, and the articles published by the Heartland Institute itself.

This mix of sources provides a nice overview of how the two terms have been used over time. If the theory is true, we would expect the use of global warming to be dominant in the past, to then slowly be substituted by climate change. Let’s see what the data says.

First, the academic literature has always preferred the more comprehensive term climate change, and there is no single point in time where articles mentioning global warming exceed those mentioning climate change on Scopus and Web of Science. Yet the gap between the two terms increases significantly after the Kyoto Protocol entered into force in 2005, a watershed year for climate governance.

On the other hand, newspapers behaved somewhat differently. In both The Guardian and The Times, climate change is generally the most common term, but the two are used interchangeably until 2005 when again we see a breaking point. Despite this, climate change was in use long before any possible rebranding.

Yet the most interesting findings come from looking at data from the Heartland Institute. In fact, the thinktank used the two terms with roughly the same frequency until 2013, when we finally see a decoupling as the use of global warming dropped while the use of climate change remained constant.

This shows that “global warming” was widely used by climate change deniers over this 30-year period. Perhaps this is because the phrase is relatively specific, which allowed them to contrast it with simple arguments like saying that the planet cannot be warming as it’s cold outside.

Looking at the data, it is safe to say that there was no historical rebranding of climate change, as global warming was never the most commonly used term in the first place. Rather, it is evident how, over time, newspapers and academics used different phrases to represent the same phenomenon, as newspapers tended to use global warming very frequently until 2005, while this term was never common in the scientific literature.

Climate change deniers are known to often misrepresent innocuous facts and use them to their advantage, and this case was no exception: a simple evolution in language was transformed into an unfounded conspiracy theory. While the latter was easy to debunk by looking at the data, these sorts of arguments are dangerous smokescreens, designed to shift the focus of the debate away from the need for decisive measures to mitigate and adapt to climate change.

Whatever we decide to call it, climate change is happening, and it calls for urgent action.