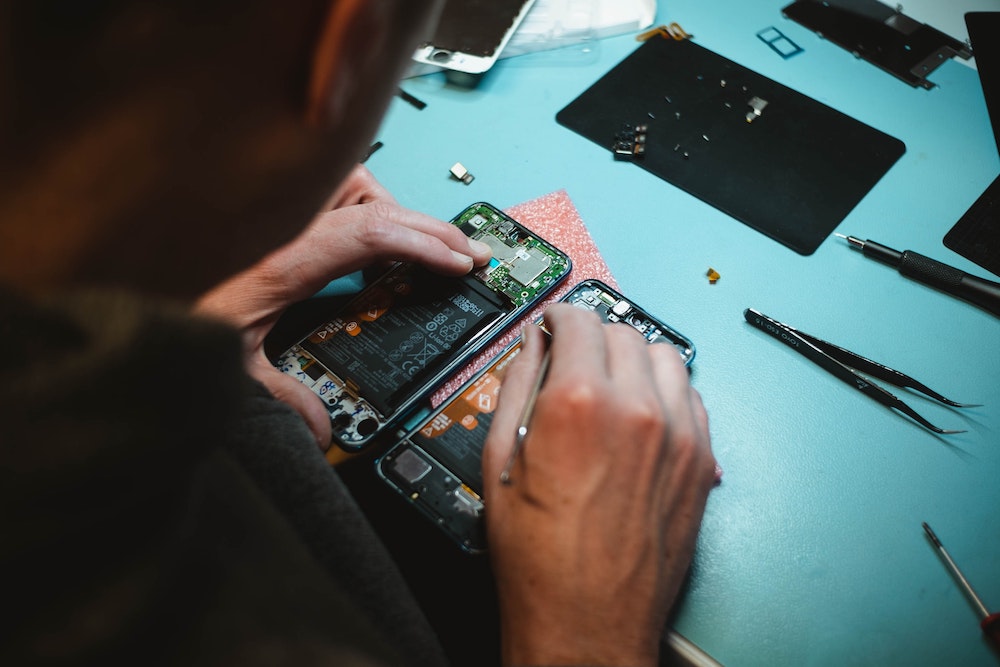 Are We Losing the Right to Repair Consumer Goods?

Is planned obsolescence overriding our right to repair?

Last summer, my iMac (aka my second brain) started behaving sluggishly. It was slow to start, slow to respond and seemed befuddled by simple commands.

It sort of reminded me of me before I’ve had my first coffee of the morning. That was also proving difficult since, most days, my Nespresso was emitting a thin trickle of caffeine-stained water and making a horrible noise while doing so.

Needless to say, both pieces of machinery needed disposed of and replaced. Indeed, when I lugged my Mac to an Apple store, hopeful of repair, I was told that no parts still existed for it because it was a “vintage” model.

It was seven years old.

According to Right to Repair, e-waste is the fastest growing waste stream in the world. Right to Repair is a community working to keep items out of landfills through repairs, education, and advocacy. But still only 15-20 percent of e-waste is recycled. And the 53 million tonnes of it produced each year are equivalent, in weight, to 350 cruise ships.

Apple’s fondness for creating products with a short life span which are then nigh on impossible to repair has previously made headlines, not least earlier this year when small business owner and repairer Henrik Huseby lost his legal battle against the tech giant in Norway’s Supreme Court. Apple claimed that, by repairing iPhones with refurbished screens, Huseby was violating trademark laws.

It was a setback for the Right to Repair movement. It was also proof that the market is not designed to help people restore their broken tech. Indeed, London’s not-for-profit Restart Project claims that as few as 20% of gadgets dismissed by manufacturers as ‘obsolete’ are actually at the end of their useful life.

And, as design of phones and tablets becomes even smaller and lighter, repairs will become even more difficult.Apple’s Airpod batteries can’t be replaced without also destroying them. And this month sees the launch of a new iPhone. Its design is expected to be so sleek that repairs will be virtually impossible.

It’s not only tech, which carries with it a certain envy-inducing allure, that’s increasingly under criticism where repairs are concerned. New EU legislation, effective next year, requires washing machines and dishwashers to respect an owner’s ‘right to repair’, stating that manufacturers must make appliances longer-lasting and supply spare parts for up to 10 years. In the U.S., too, around twenty states now have “right to repair” legislation in progress.

Even so, say campaigners, such steps, while positive, do not go far enough, making it impossible for owners to carry out their own repairs. They point to the joy of tinkering with an object, of pulling it apart and putting it back together. The quiet, contemplative pleasure of puzzling over component parts is part of the satisfaction of fixing something.

In an increasingly fast-paced and wasteful world, the worth – both in a personal and environmental sense – of such activity can scarcely be overstated. I once picked a lamp base up off the street, simply because I liked its pattern. A chat with my local electrics shop, a rewiring tutorial on YouTube, and a new shade from IKEA later, I sometimes think that the pleasure I get from that lamp shines brighter than its actual light does.

While it may take some time for manufacturing heavyweights to get the message, other design arenas are taking the lead. For instance, iconic Anglepoise lamps now come with a lifetime guarantee. This includes a promise to replace and recycle a lamp that truly can’t be repaired. British furniture crafters Benchmark launched a Take Back scheme. It also makes its sustainable collections eligible for refurbishing, repurposing, or donating at the end of its useful life.

Not only are artisans in many disciplines disappearing; repairpersons are, as well. The shoe repair industry, for example, has been on the decline for years. This is expected to continue. Consumers still favour dealing with the problem of worn or broken shoes by buying cheap replacements. According to Shoe Service Institute of America (which celebrates National Shoe Repair Awareness Week every October) in the U.S. alone, there were fewer than 7,000 shoe-repair shops by 2013. That’s a huge decline from the 60,000 or so in the 1940s and even less than half of the number in 1997.

And this is just one industry in which the ramifications include the wasted (and cheap) labour and materials of easily discarded replacements. There’s also the loss of craftsmanship where both makers and restorers are concerned.

For the time being, though, there are still many manufacturers denying consumers access to manuals. They’re making products unrepairable, forcing consumers to buy new things. But in the meantime, perhaps we should try to repair what we can.