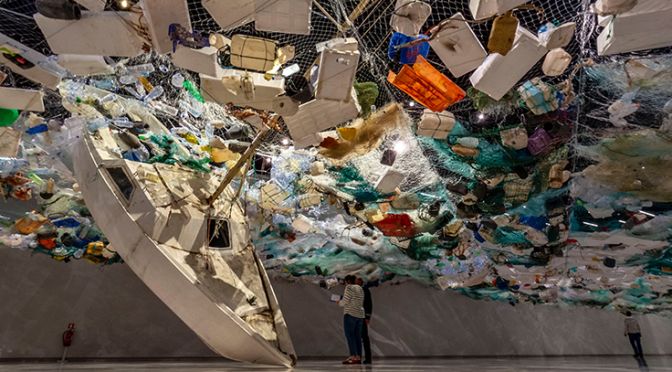 The Story of Plastic

Kitchen appliances, car doors, designer clothing, litter in the bushes… Everywhere we look, there’s plastic – but we’re starting to look at it much differently.

Once, a plastic straw was just something we might drink through and throw away. But now, it conjures up images of landfills, poisoned marine life, garbage on the beach.

But why has plastic became such a prevalent part of modern life? And how has our attitude about it shifted so quickly?

Take a scan around you and try to count the plastic items in your vicinity. The statistics surrounding it are almost too big to comprehend. According to the BBC:

And we aren’t stopping any time soon – we produce a further 340 million tonnes of plastic each year.

How did we fall in love with plastic?

It’s not a clean-cut story, but many argue that it can be traced back to 1907, with the invention of Bakelite.

Previously, scientists had been experimenting with plastics that were partially made using natural materials such as cellulose, but Bakelite was the first synthetic plastic to be made entirely of fossil fuels (formaldehyde and phenol).

It was different from other plastics because it was very easy to manipulate into different shapes, but it also hardened quickly and held its strength effectively.

Once scientists clued into these advantages, they began to develop expand upon the method, changing the structure of the molecules to create different variations to fulfill different purposes.

Other types of plastic were born from Bakelite, including polyester and nylon, which were used to create clothing such as women’s stockings. Plastic was marketed as a modern, trendy material – especially when coloured variations were added into the mix.

Post-WWII was the real turning point for plastic as we know it today. Plastic production tripled during wartime, as it was used to make equipment such as parachutes, weapons, uniforms, aircraft components, and much more. When the war ended, the companies that had been manufacturing these items turned their energy towards creating plastic for a new army – the common people.

Cheap, colourful, and versatile, plastic was embraced by big corporations and consumers alike, and found its way into all avenues of daily life.

And the rest is history – until now.

Why is plastic so evil?

We hate modern plastic for the same reasons we love it.

Synthetic plastics are strong, durable, adaptable, and cheap. Therefore, they don’t break down easily and can’t be naturally processed by organisms.

We know what you’re thinking: but plastic can be recycled!

While it’s true that plastic can be made into other plastic items, the recycling process is hugely flawed. The quality degrades substantially every time it’s broken down and repurposed. Even worse, pieces of it (microplastics) flake off and make their way into the atmosphere and environment, so that animals (including us) are constantly ingesting them.

Beyond this, we hardly even make a dent in mountain – 90.5% of plastic has never been recycled. Instead, it’s accumulating in both landfills and the environment, threatening natural life and poisoning ecosystems.

We want a divorce: The anti-plastic movement

You’ve probably noticed that our attitude towards plastic has shifted drastically in the past year (we touched on it briefly here). However, many people have been worried about it for a lot longer.

In the 1970s, after plastic bottles hit the mainstream and began to accumulate in landfills, some American states tried to tax them, or ban them altogether. They were quickly overruled.

Environmental groups such as Greenpeace have spent decades campaigning against litter and for better recycling, but without gaining significant traction.

For years, scientists have been trying to raise awareness about the great garbage patches in our oceans (one of which is 3 times the size of France), without achieving more than a brief media storm that was quickly swept away with the current.

But late 2018 and 2019 have been notably different in terms of the public’s attitude towards plastic.

Some attribute it to the final episode of the BBC series Blue Planet II, arguing that the 6-minute segment dedicated to the horrific effect of plastic on marine life shocked millions of viewers into wanting to take action.

Perhaps we can feel the temperature rising and see natural disasters taking place around the globe, and cutting back on plastic feels like one of the only tangible things we can do to fight climate change.

Regardless of the motivation, the movement has certainly gained traction.  Governments are now adopting an anti-plastic attitude. As National Geographic reports:

But can we ever really move on?

Despite the anti-plastic sentiment that’s hitting the headlines, we can’t expect any real improvement until these evils are addressed.

The consumer angle has hope. Plastics made from biological materials (such as the same polymers found in starch and sugarcane) can break down naturally. This means we could potentially enjoy the convenience of plastic while making more sustainable choices.

However, the story isn’t the same for the corporations. It’s still cheaper to make plastic that’s derived from fossil fuels, and so there’s little incentive for manufacturers to choose more sustainable options.

In order to see real change, we need to make the right choices. Beyond altering our lifestyle to cut out plastic, we need to push for societal changes, forcing corporations to stop producing synthetic plastic, in order to make it impossible for it to be a problem in the first place.