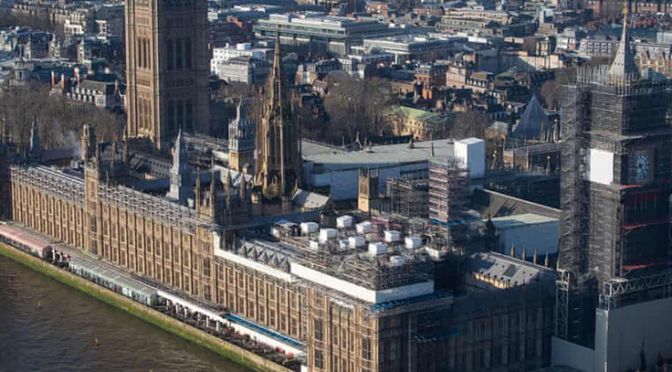 The Time Is Now

Ask your MP to put people, climate and nature at the heart of our nation’s recovery from the coronavirus

When Cristiana Figures, one of the primary architects of the Paris Climate Agreement, tells you that she’s very concerned about an issue, it’s important to sit up and take notice.

And here is what’s keeping her up at nights: where we all thought we had a ‘medium-term runway to decide on climate, it’s not true anymore. We have a very short-term runway’.

On the second episode of So Hot Right Now, the new podcast from Lucy Siegle and Tom Mustill, Cristiana was talking about the economic recovery packages that governments around the world are putting into place over the next three to eighteen months. These are different to the emergency rescue packages that governments deployed in order to save businesses, keep people in jobs, bring homeless people off the streets and the like.

She was talking about the long-term recovery packages governments are working on right now, and they carry more importance than you might think:

‘We are standing at a crossroads…Those recovery packages will undoubtedly decide the carbon intensity of the economy for the next decade – if not for several decades. And that’s the piece, honestly, that I’m very concerned about.

‘Because we thought we had a pretty reasonable time of ten years to cut global emissions by one-half by 2030 and then be on track to meet the science-prescribed carbon intensity of the atmosphere and be able to live in a more or less manageable world. But that was before coronavirus.

‘Now, what has happened is that the horizon of corona recovery is no more than 18 months, because all these economic packages that will rise into the trillions of dollars will all be signed authorised and deployed over the next 18 months. And so that 10 year period we thought we had for climate change has now actually collided and shrunk into those same 18 months.

It is that urgency that makes #TheTimeIsNow campaign from The Climate Coalition so essential. On 30 June, they are holding a virtual lobby for thousands of people to call in and ‘ask MPs to put people, climate and nature at the heart of our nation’s recovery’.

They are asking the Government to:

Unleash investment in climate and nature-friendly infrastructure, creating jobs and supporting millions out of the recession. This includes things like applying a net-zero test to all spending and taxation measures, launching a nationwide programme to insulate our homes, invest in better walking and cycling routes and ensuring that financial rescue packages for companies are aligned to the 1.5 degree commitment in the Paris Climate Agreement’s

Put nature on the path to recovery at home and abroad, by investing in restoration and recovery, putting sustainability at the heart of future trade policy and reducing the global impact of UK consumption

Tanya Steele, chief executive of WWF UK, told PA Media: ‘A green recovery isn’t a choice, it is the only way forward. In the wake of a global pandemic the public are raising their voices to protect the planet – and our leaders must listen. The Government has the chance to ensure a green recovery for the whole nation – and it must take it.’

The Climate Coalition has created resources that that will walk you through what to do and say step-by-step. So tell your MP that #TheTimeIsNow by signing up to be part of the virtual lobby on 30 June.