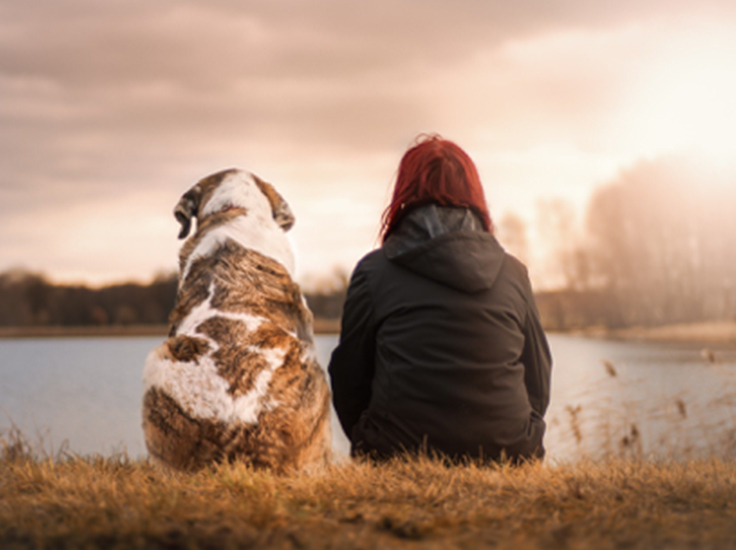 More Than Just ‘Pets’: Dogs Are the True Human Companion

The evolution of humanity’s best friend.

Keeping a companion animal has been a developing phenomenon over thousands of years. The evolution from wild, to working, to friend has been a long and complicated journey.

To fully understand why and how we started keeping animals, we have to travel back in time, to where co-living – or what’s known as symbiosis – started.

A study published in 2017 suggested domestication could have occurred 20,000 to 40,000 years ago. Krishna Veeramah, a researcher on the study commented: ‘the process of dog domestication began when a population of wolves moved to the outskirts of hunter-gatherer camps to scavenge for leftovers.’

He emphasised, the wolves that were tamer and less aggressive would have been more successful at this. Initially humans would not have really benefited; however, over time, a symbiotic relationship would have developed, leading to selective breeding and evolution of the modern dogs we see today.

In a supporting study Krishna mentioned there was likely only a single domestication event of modern dogs from a population of gray wolves between 20,000 and 40,000 years ago.

In contrast another study from 2016 has suggested that dogs could have been domesticated more than once. Researchers analysed mitochondrial DNA sequences from remains of 59 European dogs (aged 3,000 to 14,000 years), and the full genome of a 4,800-year-old dog that was buried beneath the prehistoric mound monument at Newgrange, Ireland.

A map from the study mentioned above, showing the location and relative proportion of ancestry of dogs. Negative values (red) indicate that the population shares more derived alleles with the East Asian core, whereas positive values (yellow) indicate a closer association with the Western Eurasian core.

An exciting discovery of an 18,000-year-old puppy specimen was made in a remote part of north-east Siberia. It was found in a tunnel dug into permafrost. Being completely frozen, it is almost perfectly preserved. Genome analyses showed that the specimen was male and 2-months-old at the time of its death.

What’s most exciting is researchers in Sweden, studying one of the specimen’s ribs cannot separate it from a modern wolf, Pleistocene [Ice Age] wolf or dog.

Professor of evolutionary genetics Love Dalén and researcher Dave Stanton at the Centre for Palaeogenetics have commented that one reason why it might be difficult to say what it is exactly, is because this animal is right there at the divergence time.

‘So it could be a very early modern wolf or very early dog or a late Pleistocene wolf. If it turns out to be a dog I would say it is the earliest confirmed dog.’

For now the puppy has been named ‘Dogor,’ which means ‘friend’ in the Yakut language.

Because they are unable to identify the species, the DNA sequencing issue means the animal could come from a population that is a common ancestor of both dogs and wolves. The missing evolutionary link between dogs and wolves.

Relationships with animals is cultural

Making an animal part of family life seems to be something only humans do, but within our human population, there are still cultural differences. A cross-cultural analysis of 60 countries found that most kept dogs. But dogs were only considered companions, or pets, in 22 nations.

The study also found that pets frequently served valuable functions such as aiding in hunting and pest removal. Birds, dogs, and some other pets also served as ‘playthings’, particularly for the enjoyment of children.

In some societies dogs, cats, birds and other pets were frequently killed – and sometimes eaten. And dogs frequently subject to physical abuse.

Harold Herzog of Western Carolina University said we keep pets because other people do, because it is ‘socially contagious’.

Other arguments about increased health benefits from having a companion animal have been put forward. For example, loneliness is associated with heart disease, Alzheimer’s, and other illnesses. Older adults with pets were 36% less likely to say they were lonely than those who didn’t have a pet.

Additionally, short-term sensory interaction between dogs and their owners can influence hormonal levels and heart rate. In essence petting dogs (and other animals) causes the release of happy hormones and reduces blood pressure.

But, one study in Sweden found that people with pets tend to have more mental health issues, including increased levels of depression than those without pets. In a statement, John Bradshaw of Bristol University’s School of Veterinary Sciences in the UK confirmed. ‘People don’t live longer if they have pets,’ he said, which was commonly assumed by the majority of people.

Ultimately, through a series of evolutionary processes and cultural appropriations we have become very close with our beloved canines. We both seem to benefit from each other’s company (even if this did just start as a way for wolves to obtain food, and for us to benefit from their ability to hunt).

Today dogs take cues from us and have learned to express human-like emotions. They’ve even developed facial muscles specifically for communication with humans. These muscles are responsible for raising the inner eyebrow intensely and are uniformly present in dogs, but not in wolves.

Scientists in Japan found that the ‘mutual gaze’ between dogs and their owners can lead to a bond similar to that between mother and child. Humans can experience the same feelings of affection for their dogs as they might do for their family. This has brought us closer together.

They are the true human companions.