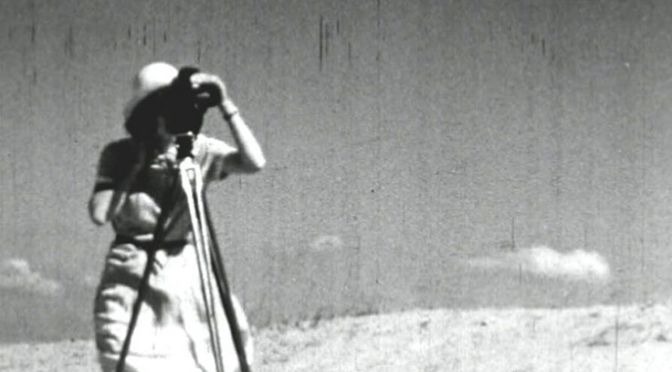 The Women Behind the Lens

The hidden history of women’s filmmaking in Britain

The history of women making excellent films but not having their achievements fully acknowledged stretches back a very long way.

This was most recently seen in Pamela B Green’s documentary Be Natural about the “lost” foremother of film, Alice Guy-Blaché. The French-American filmmaker was largely forgotten in formative accounts of the history of cinema. This was despite her important innovations, including making what is arguably the first narrative film La Fée aux Choux (1896).

It is vital historical work to recover women’s filmmaking, which is always prone to being overlooked, downplayed or forgotten. Organisations like the Women Film Pioneers Project and the Women’s Film and Television History Network, alongside other initiatives and people, have laboured to prevent its erasure from the historical record, but there is always more to be done to ensure its preservation and celebration. Archiving is key to this.

Commissioned by Film Archives UK, the report surveys work by women held in UK media archives and proposes strategies for making it more accessible. It suggests there are incredible riches waiting to be unlocked, and compelling stories that deserve to be more widely known.

Amateur film of various kinds constitutes a large proportion of those collections. Many are home movies, which women were actively encouraged to make at the advent of home movie-making technology in the early 20th century. This was because it was seen as an extension of their roles as wives, mothers and custodians of family keepsakes.

Although some amateur films might have interest solely as historical or familial records, others are much more aesthetically inventive. Such films suggest how filmmaking could become a vehicle for unleashing women’s creativity.

For instance, one of the most intriguing filmmakers discussed in the report is Ruth Stuart. A teenage prodigy, she was described as “the maestra of Manchester” by Movie Maker magazine after her 1933 travelogue To Egypt and Back (begun when she was only 16) and her 1934 apocalyptic vision Doomsday. Both won the highest accolades for non-professional work from American Cinematographer and Amateur Cine World.

However, a gendered double standard was in operation around the status of amateur film at this time.

While amateur filmmaking could act as a launchpad for the professional filmmaking careers of talented young men like Ken Russell and Peter Watkins – who both went from amateur filmmaking to the BBC and onto acclaimed feature film production – no such leverage seems to have been available to their female equivalents, however talented. As such, Stuart’s filmography is frustratingly brief. Little is known about her life or why she appears to have stopped making films altogether by the 1940s.

Clearly some women relished their adventures as hobbyist filmmakers and enjoyed the freedom of amateurism. In the flourishing cine club culture from the 1930s to 1960s, women were key participants, and not merely as helpful companions or tea-makers. As early as 1928, an all-female amateur filmmaking team put together the madcap comedy Sally Sallies Forth. Featuring an all-female cast, it was a rare gynocentric achievement.

More often women worked collaboratively with men, but this has resulted in systemic problems in their work’s attribution.

When the prize-winning films made by married couple Laurie and Stuart Day were discussed in amateur film magazines, it was automatically assumed that Stuart was the main filmmaker and Laurie just his wifely assistant.

Evidence from the films themselves seems to suggest that actually the reverse was true. However, these kinds of assumptions have impacted the cataloguing of films when deposited in archives, inadvertently effacing women’s contributions.

Films by female filmmakers to watch:

Women’s films should be a priority for digitisation, and archival catalogues and records should accurately reflect female contributors. If all relevant works across all film collections could be marked with an easily searchable term like ‘woman filmmaker’, it would really help to bring these women’s works out from the shadows.

Here are five films by female filmmakers that have been successfully digitised from the East Anglian Film Archive which give a flavour of the range and richness of women’s filmmaking across the 20th century: