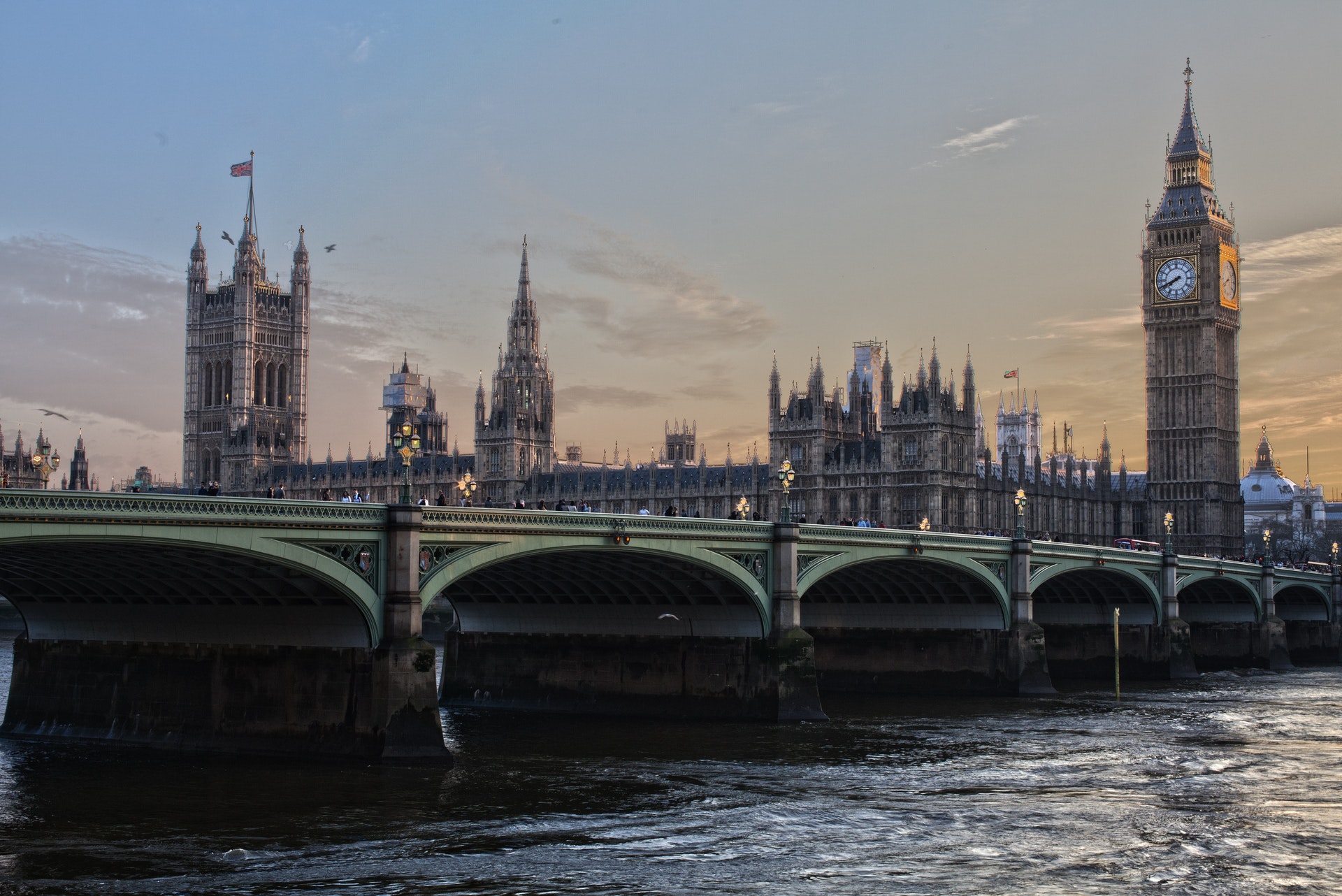 Thunberg Thunders that Boris is Blustering: Is the UK’s Climate Policy Greenworking or Greenwashing?

Greta Thunberg has accused Boris Johnson of lying about the UK’s climate change credentials. This, just weeks ahead of COP26.

Is Greta right? Or is Boris just talking the talk but not walking the walk?

At a UNICEF press briefing last month, Thunberg accused the UK of “creative carbon accounting” as she highlighted how children will fare worst in the “climate shock”. The UK PM’s latest United Nations address called out the world for its adolescent-like lethargy. But when it comes to climate action, it’s the Teen Queen of Green, Thunberg, that has managed to get climate change on the global agenda with her “Fridays for Futures” movement.

“It feels like… they’re trying to create loopholes, instead of actually trying to find solutions that would actually turn things around,” the leading environmentalist said of the UK government’s current policies. Pessimistic that the COP 26 climate summit in November will generate significant action, she continued, “There’s a lie that the UK is a climate leader and that they have reduced their CO2 emissions by 44% since 1990.” A government spokesperson was quick to stress the 44% figure was reported using Intergovernmental Panel on Climate Change (IPCC) standards. Yet Greta isn’t Boris’ only critic.

Why Do People Think Boris is Greenwashing?

The outgoing head of COP26, Claire O’Neill told Radio 4’s Today programme that the prime minister “doesn’t get” climate change. Dismissed from her role in February 2020, she also blamed Boris for a “huge lack of leadership and engagement.” Other skeptics believe his climate commitments are motivated by politics, not science.  “I think the Conservatives got a sharp shock at the 2017 election (when they lost their majority) — and in their soul searching, realized climate change is important to voters, particularly younger ones,” said Richard Black, Senior Associate at the Energy and Climate Intelligence Unit speaking to Politico. “Hence the net-zero target, hence hosting COP26.”

Whilst trying to back Boris after January’s African coal debacle (more of that later), longtime ally Michael Gove said on BBC Radio 5 Live, “I’ve known the PM for more than 30 years and the first time I met him he told me he was a green Tory.” However, the famously verbose PM did write in a 2015 article in the Telegraph, “There may be all kinds of reasons why I was sweating at ping-pong in December – but they don’t include global warming.”

And he’s just had to defend his new trade secretary Anne Marie Trevelyan, who a decade ago claimed, “global warming isn’t actually happening.” He admits he was once a skeptic. “But the facts change and people change their minds and change their views and that’s very important too, ” he counters.

That said, the UK Leader scored zero out of 100 in the Guardian’s 2019 climate scorecards. This was in no small part due to his previous parliamentary opposition to wind subsidies, emissions-based taxes on vehicles, and investment in carbon management.

So clearly, whilst tackling climate change is a key goal of his administration, Boris’ words and actions have not always lined up.

What Are Boris’ Climate Policies?

The eyes of the world will be on the UK as hosts of COP26 in 6 weeks’ time. So it’s vital that the UK show leadership and meet its own climate goals.

Since 2008, the UK government has had to set five-year greenhouse gas targets by law, based on advice from the independent Climate Change Committee (CCC). Targets set under the first three carbon budgets have been met. And the UK’s target for 2020 – a reduction of 16% on 2005 emissions – has also been achieved and surpassed.

In November 2020, Boris announced that the sale of new cars and vans powered by petrol or diesel would be banned within 10 years. This target has subsequently been brought forward by 5 years to 2025. In his Ten Point Plan for a Green Industrial Revolution, the prime minister presented his roadmap for making the UK “the world’s number one centre of green technology and finance”, with plans for a greener infrastructure, investment in low carbon hydrogen, and achieving “jet zero”. “Green and growth can go hand-in-hand,” he declared.

Boris has also committed to closing all coal-fired power stations by 2025, making all households self-sustaining using solar panels and LED lights. And, in April this year, the government’s sixth Carbon Budget included a legally binding target to reduce emissions by 28% by 2035.

Plus, with COP26 imminent, Boris is urging more countries to come forward with climate financing, to help meet the $100 billion target set more than a decade ago. Boris is adamant that richer nations need to dig deep to help poorer nations deal with climate change fall-out.

However, the CCC has warned in its last annual report that the UK was “off track” to meet its carbon budgets. Plus, there are a number of decisions that Boris’ government has taken lately that contradict its green ambitions.

What Has Boris Done Wrong?

At the January UK-Africa Summit in London, the UK PM made promises to stop all UK investment in African coal. This seemed like a step towards helping close all UK coal-fired power stations. However, what Boris failed to mention was that the UK will still be investing almost £2 billion in oil and gas from countries in Africa. In this way, completely contradicting the purpose of cutting down to net-zero.

2. Planning a new coal mine in Cumbria

When 40 Conservative MPs supported the Cumbria County Council’s decision to permit a new coal mine, it wasn’t just climate protestors who were aghast. Sir Robert Watson, environmental scientist, and former IPCC chair called the decision by the national government not to block the approvals “absolutely ridiculous.” “You get these wonderful statements by governments and then they have an action that goes completely against it,” he told the Guardian.

Fridays for Future activist, 17-year-old Elijah McKenzie-Jackson, organised a petition along with the Coal Action Network, calling for the plan to build the mine to be dropped. Mckenzie-Jackson told Global Citizen, “In the year where the UK hosts the COP26 summit, the UK government must call in and refuse any application to mine coking coal, showing its commitment to decarbonising the steel sector.”

Brexit has meant the UK has just avoided a European Union-wide ban that stops member nations from sending plastic waste to low- and middle-income countries. So, despite a Conservative manifesto pledge to stop the practice anyway, it was reported in January that the UK is still sending thousands of tonnes of its plastic waste abroad.

In September alone, the UK sent more than 7,000 metric tonnes of plastic waste to countries such as Malaysia, Pakistan, Vietnam, Indonesia, and Turkey, according to the nonprofit Last Beach Clean-Up.

Chancellor Rishi Sunak announced plans last November to cut UK overseas aid by at least £4.5 billion. As well as humanitarian support – for example, food and medical supplies in Yemen – UK aid also supports vital climate-related programmes. These include projects that help develop sustainable practices and build security and food resilience. An open letter from environmental organisations, including Greenpeace, stressed that the aid cuts will exacerbate hardships. “The world’s poorest countries are at the front line of a climate crisis they did not cause, and the pandemic has made the hardship and inequality they face even worse,” it stated.

Last July, as part of a promise to “build back greener” after the COVID-19 pandemic, the government announced a Green Homes Grant. People could apply for funds to make energy-saving improvements in their homes. It was meant to stimulate jobs and work in the construction sector. Plus also drastically reduce leaked energy from poorly insulated homes. But in spite of 123,000 applications, only 28,000 vouchers had been issued and only 5,800 energy efficiency measures had been installed.

The unspent £1.5 billion won’t roll over to the next financial year. Instead, it will be replaced by a £320 million funding pot. Speaking to Climate Change News, Kate Blagojevic from Greenpeace UK said, “This colossal failure to deliver the tens of thousands of jobs promised really demonstrates how, by scrapping the green homes grant funding, the government has got it wrong on so many levels.”

This week, Boris warned world leaders that they will be “judged by history” if they fail to act on climate change. However, judging the UK PM by his track record, what he says and what he does in terms of climate policy are not always aligned or compatible. That said, hosting COP26 provides the UK government with the opportunity to lead by example. Let’s hope that Boris will practice what he preaches.