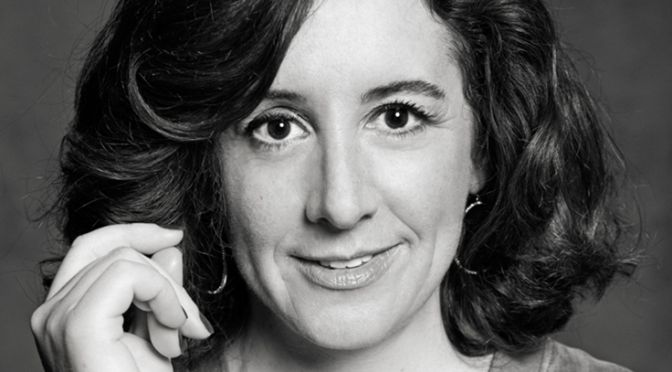 Turning the Tide on Plastic

Lucy Siegle takes us behind the scenes of the plastic industry, shows us why recycling isn’t a silver bullet and shares what’s giving her hope in 2020

Lucy Siegle is a journalist and broadcaster who has made a name for herself writing about plastic pollution and the fashion industry for the mainstream media – magazines, newspapers like the Observer and the Guardian and, of course, the BBC.

Lucy wears many hats, but one of her latest projects we can heartily recommend is as co-host of the podcast So Hot Right Now with nature filmmaker Tom Mustill. The podcast explores how people who care about climate change and humanity’s future on this planet can communicate more effectively and move people toward necessary action. Guests so far have included Sir David Attenborough, co-author of the Paris Climate Agreement Christiana Figueres, indigenous activist Krystal Two Bulls and singer-songwriter Ellie Goulding and many more. Do check it out!

Lucy’s book Turning the Tide on Plastic is a great place to start if you’re ready to tackle the unnecessary plastic in your life. She comes alongside you on your journey and shows you exactly how to get started, outlining dozens of concrete steps you can take to Record, Reduce, Replace, Refuse, Reuse, Refill, Rethink and Recycle the plastic you encounter.

Here are our favourite moments from the conversation

Lucy was aware of the significance of plastic from a young age. Her granddad, who had worked for Shell Oil and was an amateur ecologist, communicated that plastic was a precious resource and shouldn’t be used to make the throwaway items that were starting to flood the market in the 1980s. She remembers he used to carry a string bag and leave plastic packaging at the supermarket, which definitely wasn’t a trend at the time. ‘I got this real sense from early on that plastic wasn’t this consumable, disposable material in the way that we were treating it, and I was really interested in that.’

‘The trend has always been upwards. I’ve never seen a downwards trend in plastic consumption.’

In 2005, one of Lucy’s first big stories around recycling brought together four families in Brighton. They saved their rubbish and recycling for a month so that Lucy could sort through and understand what could and couldn’t be recycled and to follow it through its journey. She said there was a clear trend of plastic being used in packaging rather than the glass bottles and tins that had been the packaging of choice in previous years.

What Lucy discovered is how little of the plastic is recyclable because of the way the material is mixed and the intricate layering and various parts of the packaging. She said that when we get to the recycling bin and we’re thinking WTF? If we have to stand there for a long time and we can’t decide which bin the item goes in…you know you’re stuck in this problematic situation.

‘Whenever you have cheap energy, cheap fossil fuel, it will be coming to plastics’. And unfortunately, that’s what we’ve got. With the shale gas boom in America, the increased capacity is directly linked to the spike in plastic manufacturing. ‘Single-use, disposable plastic packaging is a stranded asset,’ she said, and as consumers, we’re the ones bearing the brunt.

Someone – no one knows who – decided that PPE must all be made of a disposable melt-blown plastic fibre. And we really struggled to get it, even flying jets to Turkey at one point in the height of the crisis in search of PPE. In truth, the gowns could have been made from poly cotton and washed after use as it’s been demonstrated that soap and hot water kill the virus. The gowns specifically didn’t have to be disposable.

And the plastics industry piggybacked off the PPE push to get their other plastic items back into the market.

‘There was a move from the European federation that represents plastic manufacturers to get all plastic packaging for food categorised as “essential” so it could move across borders. And that happened fairly early on. So you’re seeing this constant push, push, push. And we’re the sitting ducks.’

If you’re ready to get started with tackling the plastic in your life, Lucy has a brilliant approach in her book, Turning the Tide on Plastic. Using a plastic audit worksheet, you spend several weeks tracking the plastic you throw away each day.

You mark down the source of the plastic and whether it was avoidable, useful or necessary. You decide if it’s single-use or if it could be used multiple times. She asks people to note whether it was uninvited plastic, purchased or as part of a product or if it was free. She said that people are often surprised by how much uninvited plastic is foisted on them in a month.

‘The idea is that you keep this diary grid. You do it for four weeks – or two if you can’t bear four – and that you tally it up at the end and use that as your data. So once you’ve got that, that’s when you start cutting. So you cut by 25%, then 50%, then 75%, which I think everyone can do fairly quickly by following all the other swaps and minimisation and refills and all the rest of it.’

In terms of the end of life for plastics, we need to stop thinking that recycling is the answer. ‘Recycling needs to be pushed right to the end. Recycling is not all that. If your strategy is to recycle plastic, you’re going to set yourself up for massive disappointment.’

She notes that a lot of our plastic goes to incineration, for minimal energy capture. But there’s too much plastic even for these processing facilities to burn through.

‘If the volume exceeds capacity, which is what’s happening, then a lot of our waste is transported, which is why we find a lot of it dumped on the side of the road in Turkey.’ She pointed to Sian Sutherland’s A Plastic Planet and their work on cross-party legislation that will stop the UK from exporting our waste. ‘We will not solve our many different issues around recycling, until we stop dumping it overseas. That would force us to address a lot of stuff. It’s not pretty, it’s not easy. But we do need to do it.’

As chair of the Real Circularity Coalition, Lucy believes that what’s needed is ‘an open and honest conversation about the circular economy’. By reusing resources and continually recycling them, we can enable people to have the stuff they need in their lives, but ensure that those products aren’t toxic and don’t cost the earth. ‘It’s really important and should be one of the fundamentals of design principles.’

Lucy sees a key role for governments in this fight and that’s by passing regulations that corporations will need to abide by. ‘If you allow brands to put whatever they like on the market without consequence, what are they going to do? They’re going to put out the cheapest material that they make the most profit on. And that leaves us all with a massive headache.’

With examples of Keep Britain Tidy and Keep America Beautiful – two not-for-profit organisations that are funded by the plastics industry and which target littering – brands are shifting the blame squarely to the consumer. They pump out the cheapest material, with all its negative effects on the environment during the manufacturing process, and then shave off a bit of their revenue and give it to well-meaning groups that spend their weekends picking up fugitive plastic that shouldn’t be there in the first place. As Lucy says, we need to reduce the volume of the whole lot. We need to be more strategic with our solutions and get upstream of the problem.

Looking at the future, Lucy is hopeful for a green recovery from COVID, but knows plastic is huge barrier to that. ‘You can’t have a great green future if you’re just spewing out loads of plastic rubbish.’

She said, ’in a weird way, I think all of this, all the vested interest in the plastic industry, limits our ambition and our potential. Our potential to decarbonise, but also our potential to rapidly decrease pollution for ocean systems. And if there is anything we should be doing right now, it’s not limiting that. We should be pulling every lever that we can to take the pressure off our ocean. Just do one thing. Remove the plastic. We’re a coastal nation; we need to start acting like it.’

‘I’m drawing a lot of hope from people who are going “let’s do this”. Every day there are people stepping across that line from polite dissent to full-on dissent. And I think that is really amazing.’