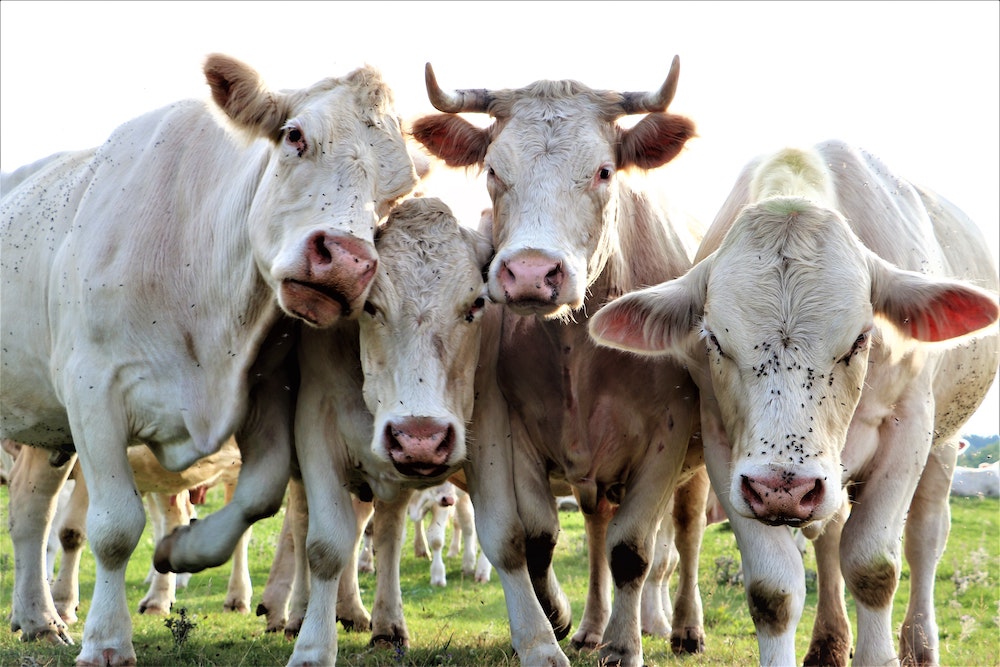 A first-of-its-kind UN report points to the problems—and solutions—with methane emissions. Here’s what you need to know.

Reducing methane emissions, at least in the short-term, may be more important than efforts to reduce carbon emissions, says a new report published by the United Nations’ Climate & Clean Air Coalition. The intergovernmental organization says drops in methane emissions—which are most often produced by livestock—could be reduced by 50 percent by 2030 using existing technologies. A shift toward a plant-based diet also plays a role.

“We’re seeing so many aspects of climate change manifest themselves in the real world faster than our projections,” Prof Drew Shindell, at Duke University, who led the UN report, said in a statement, pointing to examples such as increasing heatwaves, wildfires, droughts and intense storms. “We don’t have a lot we can do about that, other than this powerful lever on near-term climate of reducing methane. We should do this for the wellbeing of everybody on the planet over the next 20 to 30 years.”

“Methane emissions are increasing faster now than at any time in nearly 40 years of the observational record,” he said. “Despite Covid … methane shot upwards – it’s going in the wrong direction very, very rapidly.”

The leading causes of methane production are the fossil fuel industries, cattle and other ruminants, and landfill waste. Inger Andersen, the UN’s environment chief says reducing methane is the strongest action we can take now to stop global temperatures from rising.

Agricultural emissions account for more than 42 percent of all methane, according to the report. Cow and sheep are top emitters. Most of that comes from burping, but it also comes from flatulence and cow paddies. Fracking and unintentional leaks from drilling for fossil fuels make up about 36 percent of methane emissions, and waste sites like landfills, which produce toxic leachate, produce about 18 percent.

“Cutting methane is the strongest lever we have to slow climate change over the next 25 years,” Andersen said. “We need international cooperation to urgently reduce methane emissions as much as possible this decade.”

The report details cost-effective and manageable changes to fossil fuel extraction, namely by preventing gas venting and ensuring properly sealed equipment. This, the report says, would cut 60 percent of emissions. It also says efforts to reduce organic waste going to landfills could reduce those outputs by 35 percent. But when it comes to livestock emissions, the UN was slow to offer suggestions.

“You can change the feed to cows and the way you manage the herds, but these things are fairly small,” said Shindell. “You could make very great inroads into methane emissions by dietary change [eating less meat], but we are just not that sure how quickly that will happen.”

Methane on the Rise

Last year saw record level increases in methane production, despite much of the world on lockdown due to the pandemic. A return to normal is only expected to see those numbers increase.

Methane isn’t as abundant or as long-lasting as carbon, but it’s a big problem; it’s 84 percent more powerful at trapping heat than C02 over a 20-year period. It makes up about 30 percent of global warming to date, says the report. But unlike CO2, which takes centuries to leave the atmosphere, methane can break down within a decade. It’s all the more reason why the UN is calling for urgent action; reductions in methane within the next decade could have a significant impact on our abilities to meet temperature targets.

According to the report, a 50 percent drop in methane emissions could reduce 0.3C in global heating over the next two decades and help get the planet closer to Paris Agreement targets. The Paris Agreement aims to keep global temperatures from increasing by more than 1.5C.

The report is the first of its kind to draw attention to the human risks linked to methane. According to the UN, reducing emissions by 45 percent by 2030 would prevent 260,000 early deaths every year, or more than 2.3 million by the end of the decade. The report also notes a 25 million-tonne decrease in crop loss for key staples including rice, corn, soy, and wheat.