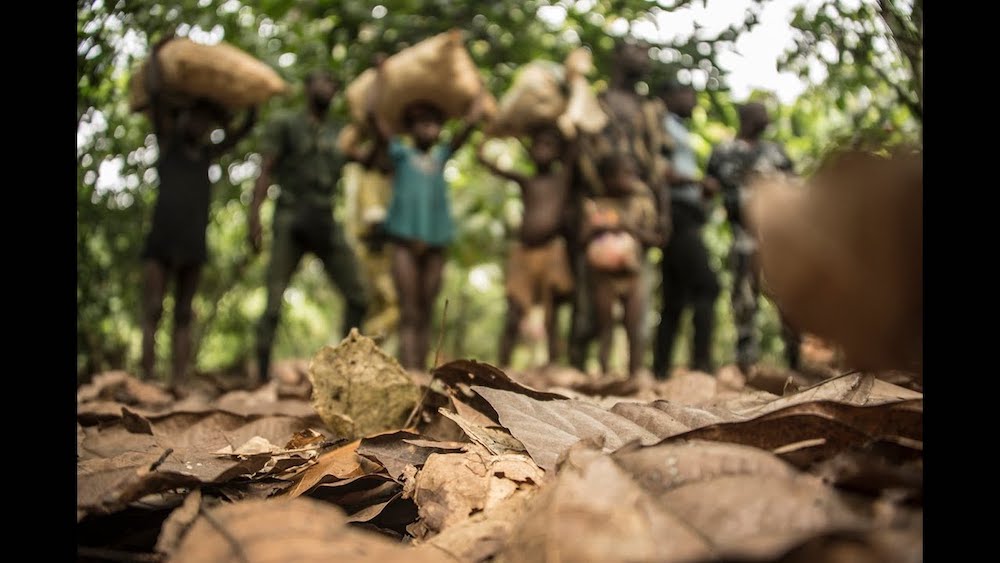 Will candy ever grow up?

If you haven’t thought about being a kid in a while, it’s a worthy exercise, whether you’ve got a house full of kids or not — and if for no other reason than the one panacea for all of life’s woes, at least before the age of 10. You know, those five most important letters: c-a-n-d-y.

This month, two of the most iconic chocolate treats of childhood have taken a notable step toward adulting. Nestlé has announced KitKat V, a vegan version of its popular snack bar, and Hershey’s is launching an organic range, including its Special Dark Bars and Reese’s Peanut Butter Cups.

If only life was as simple as the way candy makes things all better for children. For the chocolate industry, it’s a lot more complicated than that. Amid the new product launch announcements comes the first-of-its-kind class action lawsuit over child trafficking and slave labor in the chocolate trade. Both Hershey’s and Nestlé are named in the suit.

America’s favorite chocolatier-turned-empire is rooted in a secluded central Pennsylvania chocolate factory. Founder Milton Hershey (1857-1945) was a Willy Wonka spirit with the sole aim of making people happy through chocolate. Cocoa products were a luxury enjoyed only by the wealthy at the turn of the 20th century; Hershey’s goal was to produce the first chocolate brand affordable to all. He succeeded. Hershey became an empire. He would go on to build the town that bears his name. He built it for his workers, so they’d have an affordable and beautiful place to call home. He built schools and a zoo and an amusement park that stands today, more than 100 years after it first opened.

Hershey’s has been working on updating its products for a while, trying to reduce sugar in some and up-level its ingredients in others as competition grows. The recent launch of two organic chocolate products, including its classic peanut butter cups, sends a strong message about the future of chocolate production.

“[W]hile the organic chocolate market is small, it is growing rapidly, and we are excited to bring consumers great tasting organic versions of Reese’s and Hershey’s through this targeted launch,”  Michele Gross Buck, Hershey’s chairman, president, and chief executive officer said in a pre-recorded call to investors earlier this month.

Conventionally grown cocoa is one of the most heavily sprayed crops. It rivals cotton, which uses more pesticides by weight than any other crop on the planet. A 2016 analysis found that 100 percent of cocoa beans sampled tested positive for one or more organochlorine pesticide residues. But only about 0.6 percent of all chocolate produced in the world currently meets organic certification criteria.

The news of Nestlé launching KitKat V, a vegan version of its iconic wafer bar, broke on social last week. It was first a rumor, circulating across vegan-focused chat groups and media sites. It was confirmed yesterday by the brand.

“There is a quiet food revolution underway that is changing how people eat. We want to be at the forefront of that, championing the discovery of plant-based food and beverages,” Alexander von Maillot, Nestlé’s head of confectionery, said in a statement to planetSHINE.

Nestlé, the world’s largest food distributor, has been leading the charge in the shift to plant-based across its platforms. It owns two leading plant-based brands: Garden Gourmet in Europe and Sweet Earth in the U.S. And its brought vegan options to mainstream brands including Coffee-Mate, Nesquick, and Nescafé.

Nestlé isn’t the first to turn an iconic chocolate product vegan. Mars took that title back in 2019 when it announced the launch of vegan milk chocolate versions of its popular Galaxy bars in Europe. But unlike Mars’ solid bar vegan option, KitKat V, like Reese’s Peanut Butter Cups, is taking on new terrain with a chocolate confection treat coveted most often by children.

There’s irony here, though, and not in a good way. As the news of Nestlé’s and Hershey’s new kid-friendly sweet treats broke, so did the first class-action lawsuit of its kind against them, alleging child trafficking and slave labor.

According to the lawsuit, eight children, now adults, say they were forced to work as slave laborers for cocoa suppliers to major chocolate companies Nestlé, Cargill, Barry Callebaut, Mars, Olam, Hershey, and Mondelēz. The plaintiffs, all Malian, say they were tricked and lured to Ivory Coast where they worked for years on cocoa plantations.

The lawsuit, filed by the human rights firm International Rights Advocates, alleges the children worked without pay, often handling pesticides without protective gear, and using machetes that led to injuries. The plaintiffs are seeking damages for forced labor as well as compensation for emotional distress, negligent supervision, and unjust enrichment.

Ivory Coast leads the world in chocolate production — about 45 percent of the world’s chocolate is produced there. And West African chocolate production has long been linked to trafficking and child labor. Chocolate giants, including those named in the suit, have been pledging for years to tackle child labor and clean up their supply chains in the region. But according to the lawsuit, that didn’t happen. The plaintiffs say the companies only misled consumers through public pledges promising to phase out child labor from the supply chains.

The process of eradicating child trafficking and slave labor has been decades-long; 2001’s Harkin-Engel Protocol promised a fully slave labor-free chocolate supply by 2005. That deadline moved to 2008. That date was pushed back again by the World Cocoa Foundation. It’s now not set to implement until 2025.

But these eight defendants aren’t anomalies; they say there are thousands of children just like them, tricked, trafficked, and forced to work for years in harsh conditions without pay, even despite Harkin-Engel being a focus for the industry for the last two decades.

“Child labor is unacceptable and goes against everything we stand for,” Nestlé said in a statement, citing “explicit policies” against the practice.

Hershey, too, said it “does not tolerate child or forced labor” in its supply chain. “These human rights violations have no place in the global cocoa industry, and we are committed to ending it.”

But policies and commitments aren’t policing the fields; there are simply too many children slipping through the cracks, the plaintiffs say. In Ivory Coast alone, there are more than 600,000 cocoa farms.

Many of the children being trafficked can look like adults, too. While some children are trafficked when very young, many are in their teens and are told to lie about their ages.

The case against the chocolate manufacturers claims the defendants are responsible for developing the entire cocoa production system of Ivory Coast. The burden was on them to fully know about — and try to stop — the industry’s child labor problem, they say. They’re not wrong, says Equal Exchange, a small Fair Trade cocoa producer. For years it’s been demanding that large corporations begin buying certified Fair Trade cocoa in significant quantities “as it offers critical protections for workers and directly addresses the underlying problem of chronic poverty amongst cocoa farmers.”

Fair Trade chocolate costs consumers more, but, not as much as you might think. And that extra dollar at the register offers peace of mind mass chocolate, organic, vegan or not, cannot deliver.

But a shift to Fair Trade could help to change that. “Under Fair Trade standards, the farmers and co-operatives must abide by key covenants of the International Labor Organization, including those forbidding inappropriate child labor, and forced labor. Also, unlike the proposals in the Harkin-Engel Protocol, the Fair Trade system is up and running today in most cocoa growing regions, and enjoys popular support in consuming countries.”

The issue, though, comes back to policing the policies — if Fair Trade grows, so too do the field sizes. Accountability tracing is harder when economies of scale dictate larger labor forces and increased production. But for an industry that can’t seem to shake its slave labor problem, finding a way to abide by labor laws may be a bigger priority than cutting out pesticides or dairy.

If there is a silver lining in Nestlé’s and Hershey’s new launches, though, it’s that they may get us to think more critically about our chocolate and our choices. And that matters. But it’s more than just dairy-free or organic chocolate; they shouldn’t eclipse dire human rights issues. The timing of these launches seems to point to a less than sweet agenda from the world’s biggest chocolate brands in an attempt to cover up the lawsuit.

But, times are changing, especially for our food system. Organic options are at every major supermarket across the country. From produce to pasta, consumers want better and are willing to pay for it. Plant-based meat and milk are on a seemingly unstoppable trajectory, too — growing double and even triple digits, while traditional meat and milk sales are down or flat. Consumers want options; they’re diversifying their shopping carts just like kids swapping treats out of their bounty bags on Halloween night.

And, like kids, we can be the hopeful optimists dreaming of sweet and idyllic chocolate-filled futures. If we’re able to look at something as iconic as Reese’s Peanut Butter Cup or a Nestle’s KitKat bar but make them better, then can’t we also build a future where children aren’t exploited and enslaved for the benefit of other children? Can’t we create a chocolate that is truly as sweet as it tastes? Not quite yet, it turns out. Chocolate still has a lot of growing up to do.