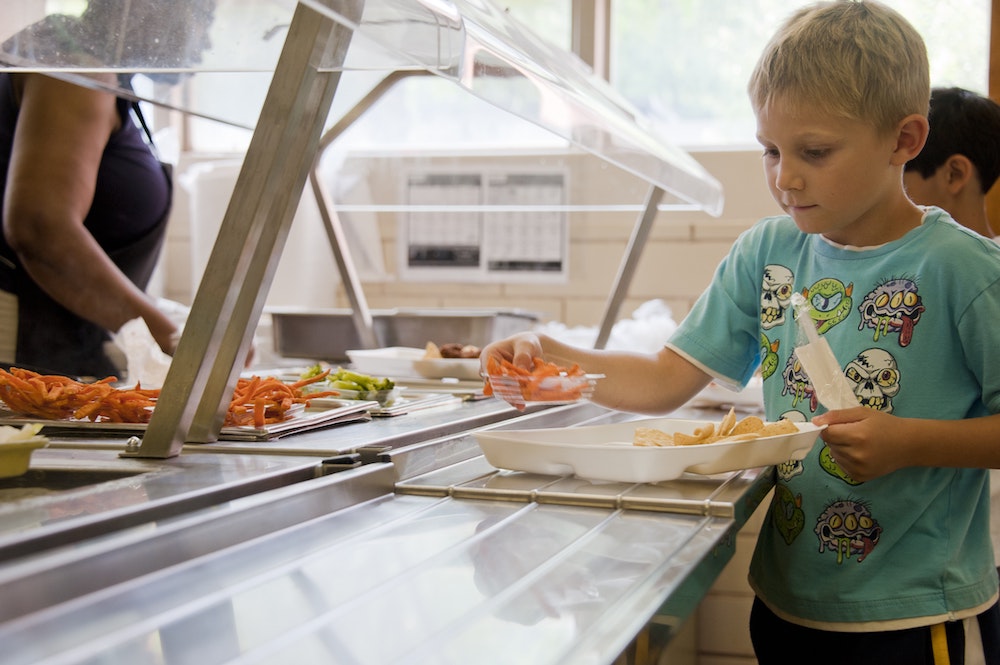 On November 9th, a free week-long virtual festival – the Youth Climate Summit – will kick-off. It includes a series of discussions and events aimed at getting students talking about creating a more sustainable world. Launching at the same time is Let’s Go Zero. This campaign encouraging the UK’s 32,000 schools to take a pledge toward being zero carbon by 2030. That would put it a full 20 years before the nation as a whole.

It’s a mark of the extraordinary potential that schools have to effect change – not only in terms of educating the young people who will be the policymakers of the future, but also because of the purchasing power that educational institutions have. By demanding better, more sustainable solutions from their suppliers, schools can be a driving force for change.

One Meal at a Time

Food choices represent one of the most compelling ways that they can do this is. By requiring catering companies to raise their game with plant-based items and sustainably sourced ingredients, schools can educate students about planet-kind dietary choices. It happens almost by osmosis, whilst simultaneously ensuring adequate nutrition for learning and growth, disrupting the catering industry and setting a lead for other schools to follow.

Granted, it’s not an easy task: children can be notoriously fussy about mealtimes. At a school in Oxford that introduce an exclusively vegetarian menu, the offerings had to change. For students wary of ingredients such as quinoa and courgettes, adjustments were made. Vegetarian cottage pie and lasagne have proved to be more popular options.

Only a few schools have adopted fully meat-free menus in this way. But England’s school food standards suggest a weekly meat-free day for all students. Furthermore, government guidance states that schools need to make adjustments for dietary requirements. That’s whether these are based on dietary, medical, or cultural needs.

It’s an issue that’s receiving some attention in the National Food Strategy. The landmark review of Britain’s food system will set out how the country eats beyond Brexit. In a letter to education secretary Gavin Williamson, Sir Paul McCartney, along with his daughters Stella and Mary, called for more vegan options. They said guidance that makes fish, meat, and dairy mandatory in England’s school meals needs to allow more flexibility. In other words: guidelines need to put plant-forward meals at the top of that list.

These standards have been criticised, called outdated and unnecessarily restrictive. A PETA campaign to that effect received support from Greenpeace and the Royal Society for Public Health. “As the world faces dual health and climate crises, going vegan is one of the best things young people can do for animals, the planet, and their own health,” PETA stated. PETA was referencing a 2019 poll, which showed a growing number of children want plant-based school options.

“At this stage we would encourage schools to have a majority plant-based menu for their school catering, or to be vegetarian. For now, it may be too much to expect schools to fully convert to vegan meals,” says Alex Green, schools manager for Let’s Go Zero and climate change charity Ashden.

“Catering for children is a challenging balancing act – the food needs to be ‘liked’ and familiar enough so they’ll eat it, while still being healthy and low carbon. I’ve had feedback from some schools to say that the priority is to get a balanced meal into the children, who may not get fed properly at home.”

“Ideally, all schools would offer a vegetarian and vegan option every day,” says Green, “with a move towards becoming majority plant-based and locally sourced in the near future.”