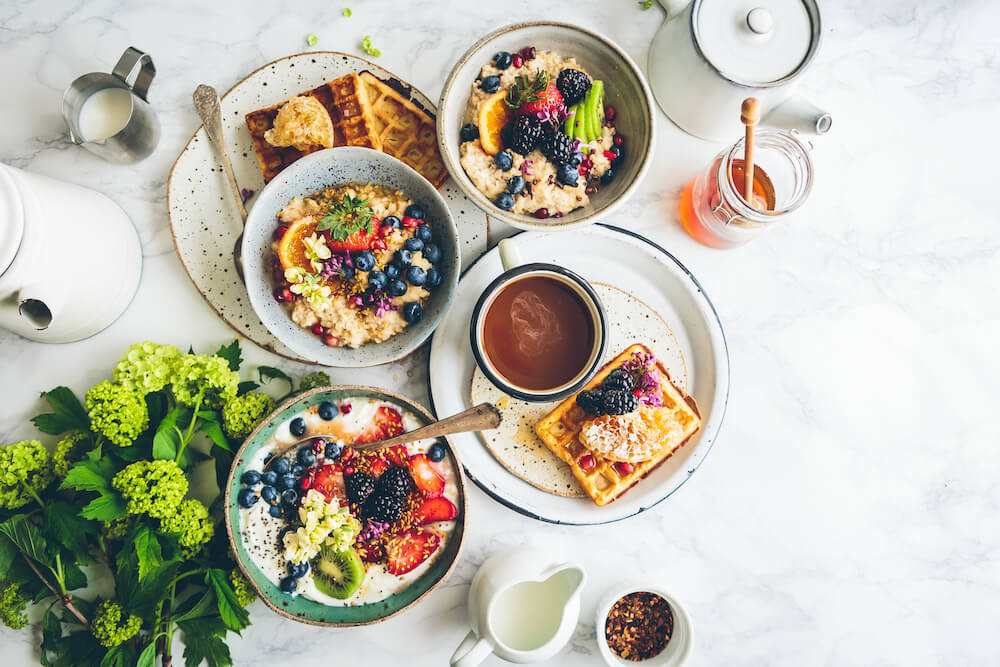 So You Went Vegan for Veganuary, This Is How It Improved Your Health and the Planet

What happens when you go vegan for a month?

More than 500,000 people took part in Veganuary this year. Were you one of them? The month-long campaign kicks off the New Year by encouraging people to go vegan for their health and their planet.

Veganuary By the Numbers

If you think Veganuary is just for hardcore vegans to share more vegan memes, the numbers tell a different story. The campaign notes that last year, more than half of the participants were still eating animal products when they made the pledge. Only 19 percent of participants in 2020 were vegan.

“More than half of our non-vegan participants maintained a fully vegan diet for the whole month (59%) and an amazing 72% of them plan to stay vegan after Veganuary,” the campaign notes on its website. The top reasons for participants cited for staying vegan included learning more about the diet, finding it easier and tastier than expected, and noticeable health benefits.

But what are the benefits, exactly? Is a month really enough time to improve health or reduce your carbon footprint?

Participants in the Veganuary program did note health benefits encouraged them to keep going with the diet. It may not all be in their heads, either. While the benefits can vary wildly from person to person, there are noted pros to a vegan diet. Some of the most common reports include weight loss, reduced cholesterol and blood sugar levels, improved digestion, and clearer skin.

“After just 30 days of not eating meat or dairy products, my LDL dropped from 48 mg/dL to 32 mg/dL. That’s a 16-point drop or, even more impressive, a 33 percent decrease in my bad cholesterol,” Breana Killeen, EatingWell Test Kitchen Manager explained. She went vegan for a month in 2019. “I was completely wowed. Here was evidence that a plant-based diet can potentially make a huge dent in LDL, whether you start with high or low cholesterol.”

Reducing your meat intake could be a game changer.

In 2015, the World Health Organization’s International Agency for Research on Cancer added processed meat to its list of carcinogens. Since then, scores of data have continued to confirm the link between meat and health risks. Last summer, researchers found white meat impacts cholesterol just as much as red meat, overcoming longstanding beliefs to the contrary.

Increasing plant protein and fiber, on the other hand, continues to show long-term health benefits.

While the health benefits of going vegan can be more difficult to calculate, the environmental benefits are fairly straightforward.

According to The Vegan Calculator website, a month on a vegan diet saves:

And while these numbers are notable on their own, they’re even more powerful when multiplied. If you’re one of the 500,000 people who went vegan in Veganuary, you helped collectively save:

Animal agriculture needs all the help it can get. Or, rather, all the detractors. Livestock production is responsible for at least 18 percent of all global greenhouse gas emissions. That’s more than all transportation sectors combined. When it comes to CO2, livestock produces 51 percent of all CO2 emissions globally, about 32 billion tons.

And even with hundreds of thousands of people going vegan (for Veganuary or not), agricultural emissions are set to increase.

But to hit Paris Agreement targets, experts say we can’t do it without drastic changes to our diets. Namely, we need to rethink meat. Based on current emissions trends in the food sector, we’ll produce more than 1,300 gigatons by the end of the century.

And if you needed any more reason to congratulate yourself on a month-long vegan diet, or encouragement to keep it going, it’s not hard to find.

According to a study published in the journal Science last November, to have “any hope” of meeting Paris Agreement targets, drastic measures are needed. “[Even if fossil fuel emissions were eliminated immediately, emissions from the global food system alone would make it impossible to limit warming to 1.5°C and difficult even to realize the 2°C target. Thus, major changes in how food is produced are needed if we want to meet the goals of the Paris Agreement.”

Need more reasons to keep your Veganuary momentum going? Check out this list of 101 reasons to go vegan.